Oil and gas interests operate in Equatorial Guinea despite risks.
New plans aim to reduce those risks and raise the nation's reputation.

quatorial Guinea remains one of the lesser known destinations for investment in West Africa. This could be due to its less-than-stellar political and humanitarian reputation as opposed to a lack of opportunity. After all, it is the third largest oil producer in Sub-Saharan Africa, behind Nigeria and Angola, according to the African Development Bank Group.

Its reputation has not stopped investment. National governments and private firms continue to do business. However, many of them make no effort to publicize their business ventures. As the country starts to approach 40 years under the rule of President Teodoro Obiang, some say that it is working to change its reputation. As it does, opportunities in hydrocarbons and other, new sectors have started to appear. 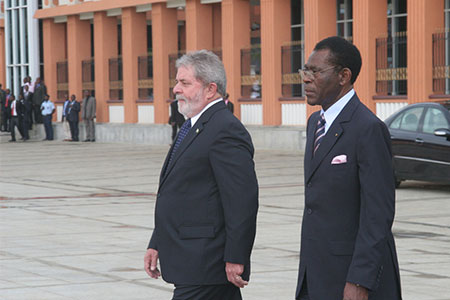 During a visit in March, former Brazilian President Lula da Silva (shown here with President Teodoro Obiang in 2010) said, "I am impressed because the Government of Equatorial Guinea has submitted a project for the year 2020, which means that the President and the Government of Equatorial Guinea have thought, correctly, that the country not only depends oil and gas, but on ability and intelligence."

Numerous firms including Atlantic Energy, GE Oil and Gas and PanAtlantic Petroleum have all recently signed new hydrocarbon exploration and development contracts in the country, says NJ Ayuk, managing partner at Centurion, one of the largest Equatoguinean law firms. There will be others soon.

"Any company that believes it has the technology and finances and complies with government policy will be welcome to invest in that sector and explore that sector," he says.

Other opportunities will also emerge. Equatorial Guinea wants to create its own down-stream petrochemical industry. Plans have been put in place to create manufacturing facilities for hydrocarbon-derived products such as ammonia, urea and methanol, amongst others, says Ayuk.

This will enable the country to produce products for domestic consumption as well as export. The current phase should start by the end of the year, he says.

"These products are very much needed in India, South America and China," he says. "Instead of exporting hydrocarbons straight to them to make the end product, it is better to build the plants here so we are exporting it and not just natural gas or oil."

The domestic production of chemicals such as urea and methanol will also help the country to further diversify its economy away from its reliance on hydrocarbon exports.

Currently it is estimated that 95 percent of Equatorial Guinea's exports are made up of petroleum oils and gases, according to the Observatory of Economic Complexity, a collaborative research project between the Massachusetts Institute of Technology Media Lab and the Center for International Development at Harvard University.

If the country were to develop its own chemical production capabilities, it would be able to increase the economic impact of other, largely dormant sectors such as agriculture and general manufacturing, says Ayuk.

A Time to Sow

Before the discovery of oil, Equatorial Guinea received majority of its export income from cash crops (cocoa and coffee) as well as timber and lumber. After the discovery of oil, both sectors were allowed to wither. The country has almost no agriculture and imports the vast majority of its food, says Ayuk. Meanwhile timber now accounts for just over 1 percent of exports.

This could be partially reversed through the creation of a larger petrochemical industry. The production of synthesized urea, which is an important component of nitrogen fertilizers, could help Equatorial Guinea to revitalize its exports of cash crops. But in order to do this, the country will need help from foreign investors, says Ayuk.

The Equatoguinean government labeled education as "the most important pillar" supporting future growth and has made it central to its "Horizon 2020" strategic growth plan.

For instance, the country will need further foreign investment in education. In order to be able to diversify the economy and create revitalized home-grown businesses in areas such as chemical manufacturing and agriculture, the country will need an educated domestic work force in the long term and significant foreign expertise in the short term.

"In order to make this successful, the government has started investing in the training and development of nationals," says Ayuk. "You have over 500 Equatoguineans going to Zimbabwe to be trained in English, business and vocational studies so that they can meet the demand that will be created by the new market." 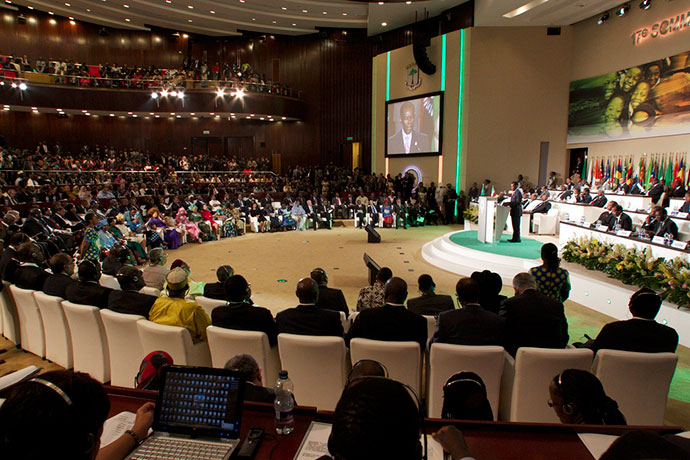 The Equatoguinean government labeled education as "the most important pillar" supporting future growth and has made it central to its "Horizon 2020" strategic growth plan. But its current track record of investing in the general population has not been impressive.

As of 2012, it was estimated by Dow Jones that 75 percent of the population did not have access to education, healthcare or running water and lives on less than two dollars a day.

Ayuk says that things are changing. For example the government is taking a harder line on corruption. Training in anti-corruption policing and enforcement has increased through partnerships with the USA, UK and the African Union.

"There are more prosecutions on anti-corruption issues now than ever," he says. "The government has really pushed this issue a lot more than in the past."

One area where Equatorial Guinea has been successful in investment is its infrastructure. Since 2002, Imotec, a Serbian engineering firm, has been constructing roads, telecommunications and other large-scale infrastructure projects. 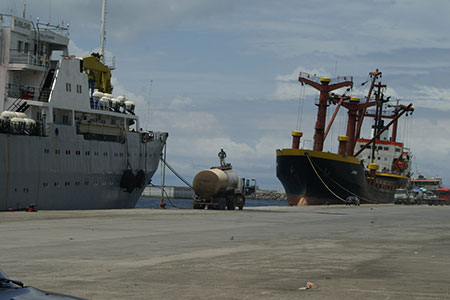 Malabo still has its port, even if it’s losing its capital status to the forthcoming new capital city of Oyala.

The country has seen significant progress, with the majority of the country's roads now paved and numerous multi-lane highways opened. "Transport is not really a problem," says Ayuk. "They really worked on improving it in the past."

The country's two airports — near the towns of Malabo and Bata — have also recently been upgraded in order to deal with increases in cargo and passenger traffic, according to Bernard Krief Consultants, a French business development firm.

Similar progress has been seen at Luba, the country's major seaport. The port and free zone, jointly owned by the government (37 percent) and African international conglomerate Lonrho (63 percent) was constructed in 2003 and expanded further in 2006. It now holds a free zone where customs duties on materials imported into the zone and in transit to other countries do not apply.

This, plus significant open space to expand, has helped the port become a West African logistics hub important to firms such as ExxonMobil, Schlumberger, Amerada Hess and Marathon.

"There are plans to expand the port to meet the growing demand from the oil and gas industry and as a West African hub to other industries," says Lonrho.

The country's focus on logistics will make it easier for businesses to operate. But another reason for the drive on logistics has been the creation of the nation's new capital, Oyala. The plan is for the city to be ready within the next 10 years and house up to 200,000 people. It will move political and administrative duties from the current capital of Malabo, on the island of Bioko, deep into Equatorial Guinea's continental territory.

"Oyala will be a big development. It will be a new capital like Brasilia was for Brazil," says Ayuk.

He adds that its creation will increase national security. By taking the politicians out of Malabo, the old capital will be left for tourists and businessmen. The town will no longer be seen as an important target, meaning it will not need as heavy a security presence.

The new capital city of Oyala will move political and administrative duties from the current capital of Malabo, on the island of Bioko, deep into Equatorial Guinea's continental territory.

"Oyala will have good security," says Ayuk. "When you build Malabo for tourists, you don't want it covered in security and have them play a big role in how the city is run."

This may be over-simplifying the situation. This April, four crew members were kidnapped from a container ship off the coast of Equatorial Guinea. Piracy in the region is increasing rapidly and Obiang's government faces heavy opposition that can become violent. For example, in 2009 approximately 50 people landed by speedboat in Malabo and attacked government buildings before being repulsed. There is no guarantee that opposition forces would not take advantage of the less secure target.

But security risks have never proved a deterrent to all investors. The hydrocarbon potential and future sector developments of Equatorial Guinea will continue to attract foreign firms. They just may choose not to announce their involvement with a flourish and a fanfare.