ACI Worldwide Inc is to create 60 new jobs with the expansion of its Software Development Center in Limerick. The company is a major vendor of software and services to the global payments industry.

The investment by the NASDAQ-listed payments technology company is supported by the Department of Jobs, Enterprise and Innovation through IDA Ireland.

ACI's expansion of its Limerick facility will involve the increase of its headcount in software development. Recruitment for the new jobs is already under way and details of the positions can be found online.

Tony Scotto, executive vice-president of development for ACI, said the company made the decision to expand its Limerick facility in recognition of the success of its existing software development centre.

"This expansion is in response to our growing need to attract more top talent in order to meet the global demand for our products and services," Scotto said. "Ireland offers a pro-business environment and a strong calibre of technology professionals to enable us to grow our business."

Minister for Jobs, Enterprise and Innovation, Richard Bruton, TD, said that ICT is a key part of the Government's plans for jobs and growth.

"In the time since we took office a total of more than 11,000 additional people are at work in this sector," he said. "Today's announcement that ACI Worldwide, a major international player in this sector, is expanding its operations in Limerick with the creation of 60 new jobs is great news for the region and for the sector."

"It underlines our continuing ability to attract high-value investments from leading companies in the software development and business services space," O'Leary said.

This article was originally published on www.idaireland.com. 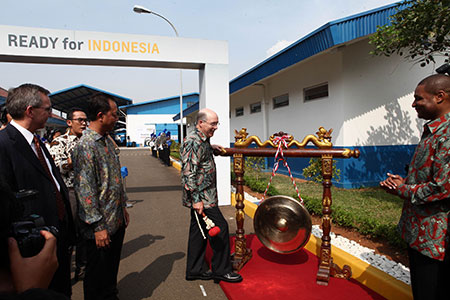 "Indonesia is one of General Motors' fastest growing markets and we are big believers in build where we sell and source where we build," said Tim Lee, GM vice president, Global Manufacturing and president, International Operations. "Last year, we saw a 17-percent growth in Indonesia compared with 2011. With the excitement around the launch of Chevrolet Spin, we are looking forward to continuing on this path of success."

The Chevrolet Spin is a global sub-compact, seven-seat MPV designed to offer space, refinement, flexibility and agility in a modern and muscular design. Chevrolet Spin also brings features that position itself ahead of its competitors such as bluetooth connection head unit, double-blower air conditioning system with an additional air outlet in the third row, six-speed automatic transmission with tiptronic technology, digital speedometer display and multi-information display, as well as three different engine variants: 1.2L, 1.5L, and 1.3L diesel. All of the features are first in the sub-compact MPV segment.

The 1.2L and 1.5L engines are fully equipped with Dual VVTi technology. The 1.3L diesel engine is equipped with a turbo charger which enables the car to have sufficient torque and power, yet produce environmentally friendly low emissions like the gasoline variant.

Chevrolet Spin was introduced in September 2012 at the Indonesia International Motor Show. Eighty percent of the Spins manufactured in Indonesia will stay in Indonesia, with the remainder exported to Thailand and the Philippines. The Bekasi facility can manufacture as many as 40,000 vehicles a year.

Delivering on Africa's Promise was the theme of the World Economic Forum on Africa 2013 which took place in Cape Town, South Africa May 8-10, with the participation of more than 1,000 leaders from business, government, civil society and academia.

The meeting, which convened against a backdrop of significant economic growth and progress in reducing poverty in most parts of sub-Saharan Africa, featured a programme built around three pillars: Accelerating Economic Diversification; Boosting Strategic Infrastructure; and Unlocking Africa's Talent. 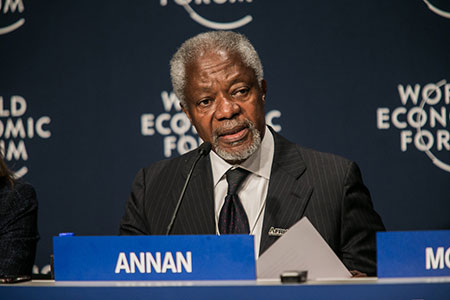 "Africa has an historic opportunity to take advantage of recent improvements in governance, as well as its massive youth bulge, to transform its economy and society. The World Economic Forum on Africa presents Africa's leaders with a platform to build on these encouraging signs and work together to create innovative models, solutions and outcomes to tackle the region's challenges and harness its great potential," said Elsie Kanza, Director, Head of Africa, World Economic Forum, at the event's outset.

In addition to a two-day public program, there were a number of significant meetings on the fringes of the World Economic Forum on Africa. The Grow Africa Investment Forum, on 8-9 May, attempted to build on its successes in 2012 by underscoring further commitment from both the public and private sectors. Another meeting was Shape Africa, organized by the Cape Town hub of the Global Shapers Community, a worldwide network of young leaders between the ages of 20 and 30, which takes place in the city on 6-7 May.

TRW Automotive Holdings Corp. announced April 29 that it recently held the opening ceremony of a new facility in Baia Mare, Romania. The plant is a steering wheel leather wrapping facility and currently employs around 300 people.

Ovidiu Ambrus, plant manager for TRW's facilities in Romania commented: "We have opened the plant to meet the current and growing requirements primarily for Audi. We have an excellent workforce with the right skill set in this area and are confident that we will meet the high quality standards for our customers.

"Baia Mare is an optimal location in terms of infrastructure and transportation networks and will strengthen TRW's position as one of the largest Romanian employers in the automotive supply industry."

Baia Mare started operations in January 2013 and it is planned that up to 650 employees will work at the plant by the end of this year. TRW started operations in Romania in 2004 with steering wheel leather wrapping in Timisoara and has expanded its activities to cover die casting, foaming and airbag production. In addition to Timisoara and Baia Mare , TRW has three further sites in Oravita, Lupeni and Marghita employing a total of around 3400 staff.

Ambrus concluded: "The opening of Baia Mare is an important occasion and we are delighted to welcome the Mayor of the town and other local and national authorities which have supported our development here. In Romania, we work with 14 major vehicle manufacturers including VW, Fiat and Ford and will continue to develop our footprint in line with customer requirements."

Aleris on April 25 formally introduced its new $350 million hot rolling mill in Zhenjiang, China designed to meet fast-growing national and global demand for technically advanced aluminum plate products for global aerospace and commercial plate customers. The state-of-the-art plant, one of only a handful in the world, is equipped to produce the most advanced value-added aluminum material for aerospace and leading manufacturers in a variety of fast-growing industries in China and worldwide.

"The unveiling of our Zhenjiang plant represents a significant milestone for Aleris, further solidifying the company's industry leadership and establishing a path for continued growth in China and worldwide," Steve Demetriou, Aleris chairman and chief executive officer, said. "This plant will deliver the technically-advanced aluminum solutions for the aerospace and commercial plate industries that our customers across the globe have come to expect from us."

With a hot mill capacity of 250,000 metric tons, the plant will have a phase one capability of producing 35,000 tons of value-added commercial plate products that will serve a number of technically demanding end uses including engineering, transportation, ship-building, and air separation units. The company has begun shipping orders for commercial plate customers. Qualification programs with major aircraft manufacturers are underway, and the company expects to begin shipping aircraft material in the second half of 2014.

"This capital project is the largest ever in our company's history, and much of it would not be possible without the support from our customers in China and worldwide, the Jiangsu Province and Zhenjiang City governments, and our team," Demetriou said.

The world's fleet of aircraft is expected to grow by 100 percent by 2031, with 35 percent of the growth coming from Asia, a key area of focus for the company. China itself is expected to become the world's second largest aviation market with demand for civil aircraft expected to triple over the next 20 years. 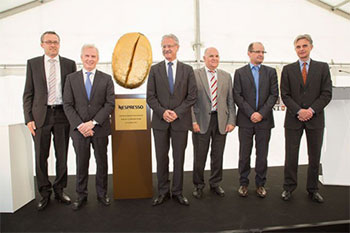 Nestlé Nespresso SA on April 29 marked the beginning of construction of its third production center in Romont, Switzerland, before representatives of the canton of Fribourg and the commune. The new facility builds on the company's presence in the country and its two existing production centres in Orbe and Avenches. It will be operational in the first half of 2015.

Embassy of the People's Republic
of China in the US breaks ground
for new residential compound at
2300 Connecticut Ave. N.W.

DTZ announced May 7 that ground was broken on a new 370,000 sq.-ft. (34,375-sq.-m.) Residential Compound for Chinese embassy diplomats at 2300 Connecticut Avenue N.W., in Washington, D.C. The new building will occupy the former site of the first embassy of the People's Republic of China in the US, which opened in the early 1970s. The People's Republic of China (PRC) has since moved its embassy to 3505 International Place, NW. The embassy is a DTZ client. 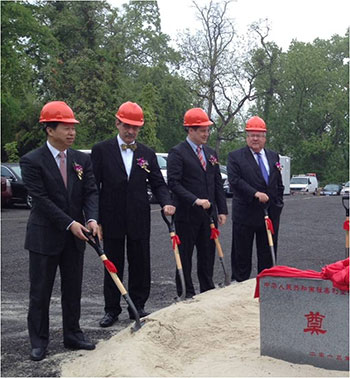 Ambassador Cui Tiankai, the PRC's new Ambassador to the U.S., officiated at the ceremony. On hand to participate in the historic event was China's Vice Foreign Minister, Mr. Song Tao, plus several other distinguished diplomats from the Foreign Ministry in Beijing. Also participating were representatives from the U.S. Department of State and the District of Columbia, the project's architect, Philip Esocoff of Esocoff and Associates Architects, Tong Jisheng of Shanghai Construction Group and DTZ's National Director of Development Services, Senior Vice President Christopher Reutershan. Numerous dignitaries, Embassy staff and local residents were also in attendance.

Mr. Reutershan has been advising the Embassy of the PRC concerning their redevelopment strategies in the Capitol since project inception in 2008. This latest initiative is the culmination of a bilateral agreement between the U.S. and the PRC that originally led to the construction of a new U.S. Embassy in Beijing and the new IM Pei-designed Embassy of the People's Republic of China in Washington D.C. in 2008. The bilateral agreement commences its second phase with this important ground-breaking in Washington and a similarly scoped project for the U.S. government in Beijing.

Mr. Reutershan was the real estate development advisor engaged by China's Embassy for this project. He has actively assisted their Washington D.C. staff through every step of the project – providing substantive consultation during the initial development plan, architect selection, project design; assisting the Embassy through a very complex entitlement process, organizing the retention of the historic building façades and the remediation and demolition of the remaining original structures, construction permitting and most recently designing and managing a contractor selection process.

The construction phase is programmed for 26 months with a completion date scheduled for the summer of 2015.