ICT hubs like Tampere offer a unique mix of skills, research and innovation. 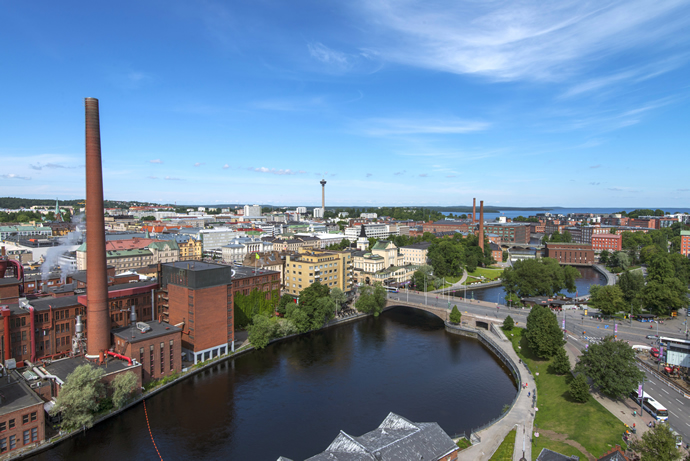 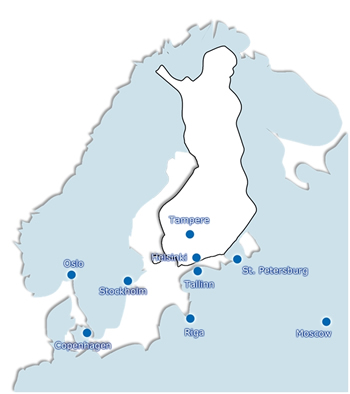 hen Finland's Prime Minister Harri Holkeri made the world’s first GSM (Global System for Mobile Communications) call in the early 1990s, he set the country on the path to becoming a leader in the IT and telecom sector. That call, to Tampere city Mayor Kaarina Suonio, was followed by the first international roaming agreement, between Vodafone and Telecom Finland. From being a location with no stand-out track record in technology, Finland grew, over the next 10 years, into the world’s flagship ICT-specialized nation, with Nokia at the helm.

It was a heady moment for the Finns, as their home became one of the fastest growing countries in the world. At a time of widespread deregulation in European telecom markets, Finland sat poised to reap the benefits of being a global leader in educational standards, and of having retained an academic focus on science and engineering. The local telecom equipment markets were open to foreign suppliers from the start – and Finland became the prime location for testing out the latest technologies. 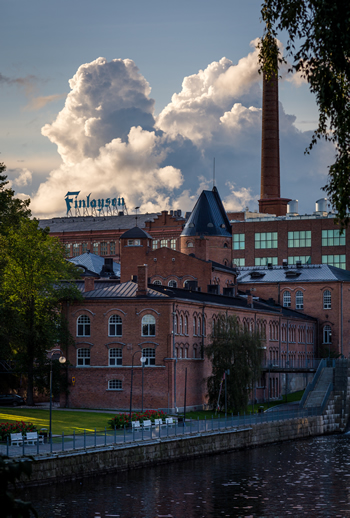 The Finlayson building in Tampere is home to New Factory, an incubator facility for start-ups and students working on ICT initiatives (see interior photo below). 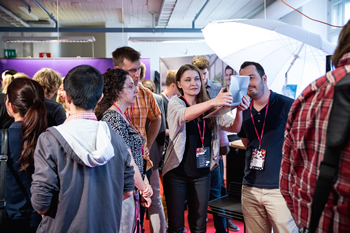 No surprise, then, that ICT’s share of Finland’s GDP grew from 4 percent to 10 percent during the 1990s, and that – in recent years – the country has been able to attract R&D activities of such firms as Ericsson (which set up an R&Dcentre in 2012, focusing on future radio network development), and Fujitsu (via its Nokia Joint Venture Nice-Business Solutions, which specializes in application design). Intel has research and product development units in the cities of Espoo and Tampere; IBM set up its own innovation incubator in 2011; Huawei followed suit in 2012 with a €70 million ($75 million) investment to establish a center focusing on software development for smartphones, tablets and rich-media devices. Samsung added its own centre to the Finnish R&D map in 2013.

Today, the value of the Finnish IT industry is estimated at $9.5 billion; it employs around 55,000 people and has shown its continued ability to adapt to new technologies such as cloud computing and software-as-a-service (SaaS), as well as collaborative and content applications.

It’s this adaptability that the government hopes will help Finland recover from recent economic issues that saw a blow to its international reputation in October, as S&P downgraded its economic outlook from AAA status to AA+, blaming reduced exports, a growing elderly population and a shrinking workforce. Once dominant Nokia went into decline too, before selling its mobile phones business to Microsoft last year. And Finland is exposed, more than any other Eurozone country, to a slump in demand from Russia, as EU sanctions hit its eastern neighbour. In response, Prime Minister Alex Stubb has again put the focus on adapting Finland’s existing skills and strengths to the new environment. “Our forestry is slowly but surely shifting from paper to bioenergy. Our IT industry is moving towards gaming; it’s not just about hardware like the Nokia mobiles,” he said in a recent interview.

Tampere Cultivates an ICT Cluster
Regions like Tampere, an hour and a half north of Helsinki, are at the heart of this move towards a more innovative economy, focused on skills and cutting-edge technology. With foreign companies including the likes of Intel and Qualcomm having chosen to locate and invest in the city, and local high-growth technology firms such as data management specialist M-Files, and Jolla (which recently raised $1 million in crowdfunding for its new Sailfish OS tablet in less than 48 hours) contributing to the growing ICT cluster, more and more high-tech firms are likely to consider the area as a business location. 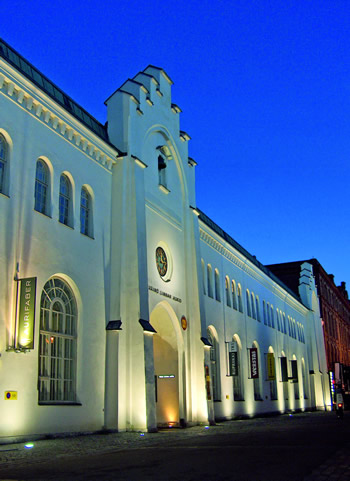 Swiss company ALSO, which provides services and solutions to the IT industry, employs 180 in Tampere and chose to locate a large new logistics center in the region. “For companies in the ICT sector, there are plenty of skilled local personnel here,” says Jukka Kortesniemi, head of the company’s Solutions Business Unit. “There is lots of relevant R&D going on, at the local Tampere University of Technology, for example, and a pool of highly skilled people including former Nokia employees, who are available. We also find that the staff churn rate is very low here.”

The very specialized academic research Jukka Kortesniemi refers to is also a vital resource for the local games industry. The University of Tampere’s Internet and Game Studies Masters degree program, for instance, looks at how games are experienced, the social meaning of games and the qualities of a good gaming experience. “The Tampere games scene is blooming,” says Mika Grundstrom, Director of the University’s School of Information Sciences. “Alongside our programs, the Tampere University of Applied Sciences has courses in digital game development, and important software and hardware co-design work is being carried out at the University of Technology. The local scene benefits greatly from the results of all this technological development.”

With the country’s industrial heritage, it’s no surprise that Tampere and other Finnish regions are also focusing increasingly on industrial software applications, Intelligent Machines and the Internet of Things (IOT). The local technology industry is worth an estimated $9 billion a year and employs around 34,000 people in nearly 3,000 companies. Logistics specialist Cargotec, which has located a ports-simulation technology center in the Tampere region, says that the combination of long-established manufacturing and ICT skills plus the local research environment make for a unique mix.

“For more than a hundred years, Tampere has been a location where machines have been built for various applications,” says Matti Sommarberg, the firm’s VP and senior technology advisor . “Companies have globalized but Tampere has been able to keep its focal position inside of these global companies, and knowledge has been shared through joint projects or people moving from one company to another. Tampere is also central to Nokias’s mobile technology development, and machine builders have been able to enjoy the knowledge this has created in the region. This wouldn’t have been possible without the research and education input from the local universities. And today, knowledge sharing and innovation also takes place in platforms like New Factory.”

Operated by the Hermia group, New Factory, housed in Tampere’s historic Finlayson building, is an important part of the local technology network, providing a base for start-ups and student innovators, and a ready research resource for companies in need of innovation partners. This and other similar platforms are a key part of Finland’s growing start-up scene, which has shot to prominence in the last decade, with events like Slush, held annually in Helsinki, bringing international attention. And for Tampere, one of the benefits of having been home to a company like Nokia is that it now boasts a pool of talented ICT specialists, many of whom have gone on to set up new companies in the region.

The powerful industry cluster that evolved around mobile communications remains strong despite the changes at Nokia and elsewhere. With its rare combination of skills in traditional manufacturing and telecom expertise, as well as academic and innovation networks providing support to local industry, Finland’s ICT industry – and hubs like Tampere  – are well positioned to take advantage of the continuing growth in sectors like gaming and the rise of Intelligent Machines.