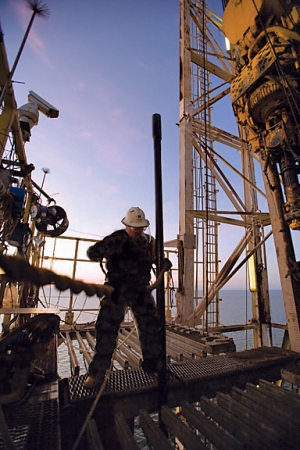 Oil industry services firms are suffering but making do in the wake of both the BP oil spill and the short-lived federal moratorium on offshore drilling. In announcing third quarter results in late October, John T. Rynd, CEO and president of Hercules Offshore, said, “In spite of the continuing uncertainty surrounding the permit approval process, we credit our customers and marketing group for finding opportunities to keep our Domestic Offshore segment relatively busy during what has been a very challenging regulatory environment for the shallow water drilling industry in the third quarter.”
Photo by Hercules Offshore, courtesy of Louisiana Economic Development
T

he federal moratorium on deepwater drilling in the Gulf of Mexico for oil and gas "is and was unnecessary from the outset," says a former oil industry insider who now campaigns for affordable energy in the U.S.

In the aftermath of the BP Deepwater Horizon oil spill in the Gulf last spring, former Shell Oil president John Hofmeister is calling for a federal policy that promotes American energy independence and creates jobs.

The current approach by the Obama Administration does neither, he says.

In a wide-ranging interview with Site Selection, Hofmeister, founder and CEO of Citizens for Affordable Energy, said that the "delay of future drilling only adds to the cost burden that American consumers will experience in gasoline and diesel prices."

Six months ago, Hofmeister called upon the White House to reverse course and abolish its moratorium on all new deepwater drilling in the Gulf. While the administration has since done that, it has so far refused to issue any new permits.

"The Obama Administration continues to politicize this event to the detriment of the American consumer, while on the face of it appearing to hold the industry to a higher standard," he says. "Meanwhile, the industry is responding in whatever way is required to address whatever safety and operating issues need to be dealt with. I believe it is inexcusable that the regulatory arm of the government has basically gone into shutdown mode on any and all permits for drilling in the Gulf of Mexico, whether it's in shallow water or deepwater."

The Houston-based Hofmeister has seen the effects of this policy firsthand. "The big firms have moved on to consider other projects and have massively redeployed their people," he says. "For the small companies directly dependent on the Gulf of Mexico for most if not all of their livelihood, they are either shut down or operating on longstanding maintenance projects."

This has directly caused the loss of thousands of jobs in the Gulf Coast region, he noted. "The head of the Gulf of Mexico for a major services firm told me in September that they had effectively stopped payments to about 2,000 companies for Gulf work," he says. "Not just the Houston region, but the entire Gulf Coast region will be impacted."

Eventually, he adds, the entire country will pay the price for current federal policy on drilling. "By 2012, we can expect prices in the range of what we saw in 2008," he says. "Then, it was $125 to $135 a barrel because of the decline in production in the Gulf. We can expect to approach those prices again. Meanwhile, the rest of the world keeps drilling for oil offshore in deepwater."

Hofmeister points out that "I am publicly acknowledging that I am a registered Democrat so that people do not think this is the voice of a frustrated, anti-administration, oil industry executive. I am talking against an administration that I otherwise support, but their energy policy is bankrupt."

And that's not the only bone he has to pick with the White House. In the wake of the massive oil spill and ensuing cleanup operation, Hofmeister is calling upon the federal government and BP to give a full accounting of the dispersants used to break up the oil.

"I think the White House, Coast Guard and BP have yet to come clean on the decision to use such massive amounts of dispersants," he says. "The fundamental reason for such large use of dispersants was to preclude oil surfacing on the top of the ocean so that it could have been dealt with. They did not want all this oil to be visible. In other words, they wanted to preclude a public relations disaster without any real knowledge of the environmental impact on the Gulf of the use of dispersants. The American people deserve a complete, transparent report on the pending implications of this massive use of dispersants on the health and viability of the Gulf of Mexico."

Numerous environmental organizations and academic institutions "are seriously concerned about this," he notes. "There are reports circulating through the government, yet to surface, that address the calamitous effects, including benzene at thousands of times greater than acceptable."

Hofmeister said new recovery methods could have been used to collect the oil, but they were not implemented. "That would have required a large number of suction pumps to be placed on barges and super-tankers to take the oil and water mix from below the surface and then process the water out of the oil," he says. "They could have cleaned the water, captured the oil, and then destroyed the oil in an environmentally sound way."

Hofmeister applauds the efforts of elected officials along the Gulf Coast. He says they are doing "a good job of representing their ongoing concerns, but by necessity they have to raise their voices in a collective chorus" to prompt a more favorable federal response.

The onus is now on the new Congress to take remedial action, he says. "The Gulf Coast issues are rapidly becoming out of sight and out of mind for an administration that was badly beaten in the November elections and now focuses its attention on the 112th Congress for its very survival," he adds. "It will ultimately come down to gasoline prices in the run-up to the 2012 elections and the joblessness prompted by unaffordable energy." 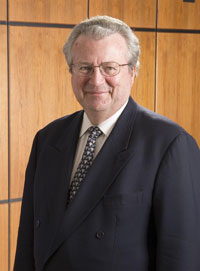 OIL & GAS: Lessons from Canadian Carbon Capture Are There for the Taking (Sep 21, 2016)