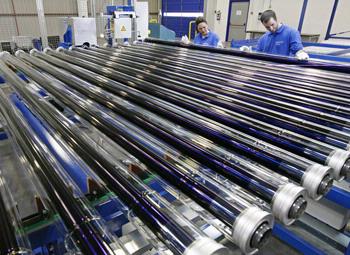 outhern Spain has been at the forefront of solar power development for several years. The Andalusia region is seeing major investment, both in solar parks and in manufacturing facilities. The region has a goal of obtaining 39.1 percent of its power from renewable sources by 2013 and is well on its way to achieving that with a current rate of 31.4 percent.

German solar specialist Schott Solar has begun production of solar receivers for solar thermal parabolic trough power plants for concentrated solar power (CSP) at its plant in Aznalcóllar, near Seville in the Andalusia region of southern Spain. Schott supplies companies such as Abengoa Solar (a company which will be featured in Site Selection's September print issue report on energy innovations). Schott had several considerations in locating its Spain facility, some of them obvious.

"We go where our customers are," says Francisco Jose Casas, plant manager for Schott. "Spain has been and still is the most important CSP market."

Casas says some of the advantages of the Andalusia region for the solar industry include strong infrastructure (including plentiful electric power), availability of qualified personnel, speed to market and a good environment for ex-pats. He also cites excellent cooperation from the local and regional governments. Schott, which spent about four months looking for a location, also considered Barcelona for the facility because the company's pharmaceutical division has a facility in the coastal city. Schott Iberica has been operating a manufacturing site for specialized glass tubing near Barcelona since 1963.

"We are already the benchmark in quality in our company and it is a difficult benchmark," Casas says. "We are very happy with the project here."

Schott requires that a minimum of 40 percent of the plant's employees be female. Casas says that has made for a good mood in the plant.

Another solar manufacturing facility in Andalusia is under construction in La Carolina, just north of Jaen. Solel Solar Systems, an Israeli company which was purchased by German conglomerate Siemens last October, will produce parabolic reflectors and other products for CSP plants. The construction of the plant in La Carolina is expected to be completed in 2012. Solel expects to employ 300 at the site when it is completed.

Quintas Energy is another company that is bullish on Spain. Quintas manages an array of ground PV assets across Spain. CEO Declan O'Halloran says Quintas is focusing on segments of renewable energy that do not depend on government spending. He believes that Spain will gradually work its way out of its current economic woes, which include an unemployment rate of about 20 percent, the highest in the euro zone.

"Spain will get through the situation it is in, but there's no question it will be a bumpy ride," O'Halloran says.

In the meantime, O'Halloran says there are plenty of advantages of an Andalusia location, such as the availability of strong human resources and IT resources. The company chose Seville as a base to monitor all of its solar assets in Spain, the U.K. and Italy.

"It's a great place to operate an energy company," O'Halloran says. "The solar cluster is part of what makes Seville interesting to me. There are several companies here that I can talk to about projects outside of Spain."

Navigating Spain's financial woes, Quintas has sought outside financing for its projects.

He says it also helps that southern Spain has an eager work force.

"The young generation in Andalusia is ready for something better and ready to step up," O'Halloran says. "There is an interesting balance of people well grounded in their culture and the world outside. They know the difference between just having a job and working for a company with values. Spanish people have a flair for design and are very creative." 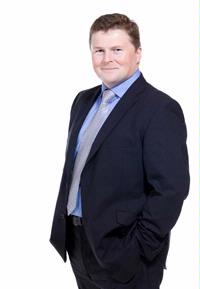