The Economy-Wrecking Power
Of the American Power Act 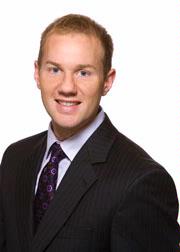 So why is President Obama urging Congress to approve "cap and trade" – specifically, the bill introduced by Sens. John Kerry, D-Mass., and Joe Lieberman, I-Conn.? Especially when, in an ironic twist, cap and trade would wreak economic havoc? Under the Kerry-Lieberman bill (the 987-page "American Power Act") levels of carbon-dioxide emissions would supposedly drop, by 2050, to 80 percent below what they were in 2005. How? By increasing energy prices.

Of course, this would kill jobs. Kerry-Lieberman also would protect large corporations at the expense of consumers – and all for a minimal effect on temperatures.

The purpose of the bill is to drive energy prices high enough to reduce consumption. In effect, consumers would be forced to pay more for less energy. Higher energy costs would spread throughout the economy as producers try to cover their rising production costs by hiking their product prices.

Kerry-Lieberman attempts to shield the economic pain from consumers by passing two-thirds of the revenue it raises back to the consumer through energy discounts or direct rebates. Yet this clearly wouldn't compensate for all of the rising costs that occur throughout the economy, thanks to higher energy prices.

The Congressional Budget Office recently affirmed that job losses from a slower economy would outweigh those created by clean energy investments: "Job losses in the industries that shrink would lower employment more than job gains in other industries would increase employment, thereby raising the overall unemployment rate." In the end, the economy would be trillions of dollars weaker with climate change legislation in place than without it.

But, some may say, what about the environmental benefits? Frankly, they're almost nonexistent. According to an analysis by climatologist Paul C. Knappenberger, the global temperature reduction from Kerry-Lieberman would be 0.077 degrees Fahrenheit by 2050 and 0.200 degrees by 2100.

All this pain ... for less than one degree on the thermometer.

Why such a negligible impact? One critical reason is China, which emits more carbon than the United States. It's increasing its emissions levels at a much faster rate, and it has no intention of cutting back. India and other fast-developing nations have made it clear that they, too, have no plans to slow down their economic growth with carbon-cutting measures.

So why are affected U.S. industries backing Kerry-Lieberman? Because its supporters sought to garner corporate buy-in from those industries. In the bill's current form, even the companies that would be regulated and see their costs increase (coal producers, oil companies, natural gas and electric utilities) stand to gain, at least in the short run. One reason for their support is the guaranteed windfall profits these companies would receive from the protections and handouts outlined in the legislation. It has a host of subsidies, tax credits, protections and programs that benefit certain special interests at the rest of America's expense.

The more the government becomes involved in decision-making, the more lobbyists become involved. Corporations are actively lobbying against Kerry-Lieberman's cost increases to their bottom lines, but in reality, they would pass these increases on to consumers. In other words, these companies have assured revenue increases from government handouts and protections. But the increased costs from carbon caps would be handed down to car drivers, homeowners and small businesses.

The American Power Act will be sold as an economic stimulus, a planet saver, and an answer to the conditions that led to the oil spill. But the only winners are the big corporations who managed to get a seat at the table when the bill was crafted. For the large majority of Americans who did not, it's a very different story.

Kerry-Lieberman is a significant tax on energy that would reduce Americans' income, destroy jobs and greatly shrink the economy. No amount of protections or rebates would save consumers from skyrocketing energy costs. And worst of all, there would be little environmental benefit to show for it.

Nicolas D. Loris is a researcher in the Thomas A. Roe Institute for Economic Policy Studies at The Heritage Foundation.