The Breakthrough Which Could Free Us from the Recession

by Bill Hite, General President, United Association
of Plumbing and Pipe Fitting Industry of the United States and Canada
I 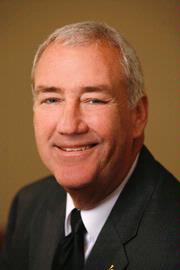 n the weeks ahead, we will be given the opportunity to change the direction of our environment, economy and national security. The American Power Act has given us all that opportunity.

Created by Senators John F. Kerry (D-Mass.) and Joe Lieberman (I-Conn.), this legislation allows everyone in our country – business and labor, Democrats and Republicans, young and old – to work together to transform this nation from energy dependence to independence, and from an energy importer to exporter. In the process, millions of high-paying jobs will be created here in America.

President Barack Obama has endorsed the proposal, which could very well be the breakthrough which will free our country from the grip of the recession. This legislation provides for billions of dollars in consumer refunds and tax credits to offset price hikes, while the nation weans itself from foreign oil and reduces harmful emissions into the atmosphere

1.) Consumers will come out on top. The American Power Act sends two-thirds of all revenues not dedicated to reducing our nation's deficit back to consumers from day one. Once the program is underway, 100 percent of revenues are refunded to the American people, after deficit reduction.

2.) We need energy made in America. Today the United States spends almost one billion dollars every day on foreign oil, much of which is sent to regimes that are hostile to our country. The American Power Act invests in technology to harness domestic energy supplies.

3.) America needs to regain its competitive edge. America enjoys an abundance of home-grown energy sources: coal, natural gas, nuclear and renewables. By investing in innovation across all of these sources, we will create millions of jobs.

4.) We need an approach to reducing emissions that addresses the needs of different industries. The American Power Act includes separate mechanisms for the three major emitting sectors: power plants, heavy industry and transportation.

5.) The system must be simple, stable and secure. The American Power Act eliminates the possibility of market manipulation and guarantees a secure, well-functioning system.

With the millions of jobs that will come with the American Power Act comes a pressing concern for our country's workers: Will everyone working on these projects nationwide receive fair wages?

The Davis-Bacon Act offers an effective, time-tested answer to this concern. For nearly 80 years, the Davis-Bacon law has stood up for fair wages with government-funded construction projects throughout America. This law has guaranteed that government-funded construction projects pay fair wages and hire local and skilled workers, and the public has always benefited from that policy.

Davis-Bacon guidelines need to be included in all aspects of the American Power Act, and I urge the leadership in Congress, and the White House, to join the United Association as we support that initiative.

This bill will clean up our energy infrastructure, strengthen national security, and put grateful Americans back to work. The addition of prevailing wage laws will make the American Power Act even stronger and more effective. I would ask that everyone consider: Can we afford not to pass this bill? Time cannot be squandered and this may be our last call to act. We need to make it happen now. It's not only the right thing to do – it's the right time to do it.

Bill Hite, General President of the United Association, a multi-craft union whose 350,000 members engage in the fabrication, installation and servicing of piping systems. Hite also serves as an advocate of progressive energy policies and long-term energy solutions for the U.S. To find out more about the United Association, visit www.ua.org.