Is TransCanada’s Keystone XLpipeline expansion good for America?
Depends which window you look through. 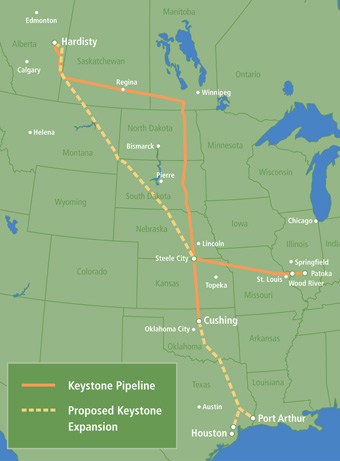 The Keystone XL pipeline project sure looks good on a map. But it’s raised environmental hackles in real life.
O

n June 30, 2010, TransCanada commenced commercial operation of the first phase of the US$12-billion Keystone Pipeline System, supplying crude from Canadian oilsands to refining markets in Wood River and Patoka, Ill. The second phase, an extension of the pipeline from Steele City, Neb., to the crude oil storage, marketing and refining hub of Cushing, Okla., is under construction and expected to be in service during the first quarter of 2011.

That's about the time that construction is expected to start on a third phase. The Keystone XL Project is a proposed 36-inch crude oil pipeline that would begin at Hardisty, Alberta, and extend southeast through Saskatchewan, Montana, South Dakota and Nebraska. It would incorporate a portion of the Keystone Pipeline (Phase II) through Nebraska and Kansas to serve markets at Cushing before continuing through Oklahoma to a delivery point near existing terminals in Nederland, Texas, to serve the Port Arthur, Texas, refinery marketplace.

TransCanada received approval in March 2010 from both the National Energy Board in Canada and the South Dakota Public Utility Commission for the 1,661-mile (2,673-km.) expansion. The project now requires approvals from the Bureau of Land Management and the US Army Corps of Engineers, as well as some state, local, and regional authorities.

But the toughest miles may be found in Washington, D.C., where the proposal must be approved by the U.S. Department of State after a thorough environmental vetting process required by the National Environmental Policy Act. That process was complicated in October by remarks made by Secretary of State Hillary Rodham Clinton in answer to a question from the audience during an event at the Commonwealth Club in San Francisco.

The question concerned the "dirty oil" from the tarsands that was flowing through the Alberta Clipper pipeline, approved in 2009 to carry oil into Wisconsin. Clinton said that approval was "probably not" open to reconsideration, and that the administration was "inclined" to go ahead with a final sign-off.

The remarks appeared to be ambiguous about which project Clinton was referencing. In response to an inquiry from Site Selectio, State Department spokesperson Harry Edwards says, "Her response reflected the status of Keystone XL, as the Alberta Clipper has already been granted a presidential permit. XL is still under deliberation."

Indeed it is ... by everyone from federal environmental officials to activists, governors to Congress.

"Approval of this pipeline will significantly increase our dependence on this oil for decades," said an October 29 letter from 11 U.S. Senators to Secretary Clinton. "We believe the Department of State (DOS) should not pre-judge the outcome of what should be a thorough, transparent analysis of the need for this oil and its impacts on our climate and clean energy goals."

As the letter explained, "the Environmental Protection Agency has already commented on a Draft Environmental Impact Statement (DEIS) for the project, giving it the lowest possible ranking due to concerns over significant environmental degradation caused by the extraction of oil from Canadian tar sands, the emissions of greenhouse gases from this extraction, and the risks associated with transporting this oil into and across the United States."

As the debate continues, it's worth noting the economic development aspects of the project.

"The pipeline will ... continue to have a significant impact on the North American economy through the thousands of manufacturing and construction jobs it is creating and the millions of dollars in tax revenues that will be paid annually to state and local authorities," said Hal Kvisle, TransCanada president and CEO, back in June. "Recently, an independent economic study found that the Keystone Gulf Coast expansion alone would inject more than US$20 billion into the U.S. economy and create 119,000 person-years of employment."

Analysis published in June by The Perryman Group in Texas concluded that the total economic impact on the U.S. economy over the 100-year life of the project included $20.931 billion in total spending, $9.605 billion in output, and 118,935 person-years of employment, in constant (2009) dollars. These values do not take into account the benefits of a more stable source of consistent energy supply over an extended time horizon, which Perryman found could add between $100 billion and $221 billion in spending, depending on whether oil prices stay "normal" or approach the price peaks they visited in summer 2008.

Pipelines are different animals when it comes to real estate and economic development. For one thing, they traverse much more than they occupy: A six-page document listing every facility location from the U.S.-Canada border to the Gulf Coast comes to a grand total of 114 projects (mostly pump and valve stations) in six states, but occupying a mere 292 acres (118 hectares).

By far the largest site on that list is the 30 acres (12 hectares) allocated for a tank farm in Cushing, Lincoln County, Okla. Cushing is home to just 2,000 people, but is known as the home of the world's largest oil storage facility spread, currently able to store over 46 million barrels of crude. According to Reuters' analysis of numbers from Genscape and from the U.S. Energy Information Administration, actual storage at the facility since early 2010 has hovered between 30 million and 40 million gallons.

That will change due to plans announced Nov. 1 by Plains All American (PAA) to expand its storage capacity in Cushing by 30 percent, precisely to link to the Keystone pipeline. The $85-million, three-phase project means the addition of 3.8 million barrels of capacity to reach 18 million barrels, surpassing Enbridge as the overall tank farm's top storage holder. In phase one, two storage tanks, each able to stock 270,000 barrels, will be installed in the first quarter of 2011, with the rest of the capacity and the pipeline interconnect to be added during the balance of the year, including 14 more storage tanks. The total footprint for Plains All American in Cushing will have grown by a factor of nine since its establishment in 1993, once the expansions are complete.

"These expansions are substantially underpinned by long-term contracts with third-party customers and highlight the continued strong demand for storage capacity that we are experiencing at our key market hub terminals," said Greg L. Armstrong, PAA chairman and CEO. "As a result of its strategic location, operational flexibility and expansion capabilities, the Cushing Terminal has been a cornerstone asset for the Partnership."

Ironically, the very next day PAA announced it would be reversing its Wascana pipeline system and constructing a U.S.-to-Canada Bakken North pipeline to provide crude oil transportation service from Trenton, N.D., to Regina, Saskatchewan. "At Regina, PAA would connect into third-party carriers that would provide access to Cushing, Oklahoma" and/or other delivery points, said the company. TransCanada, meanwhile, is making plans to bring Bakken oil into the Keystone system for transport all the way to the Gulf Coast.

Enbridge, TransCanada and Kinder Morgan, among others, are also primed to boost their storage capacities on the Canadian side of the border as the Alberta Clipper and Keystone projects receive final approvals.

At the State Level: Revenues, Jobs and Incentives

"The United Association of Plumbers, Pipefitters and Sprinklerfitters [UA] is proud to be a part of this collaboration and looks forward to adding thousands of well-paying construction jobs to this country," said UA General President William P. Hite. "Our highly-skilled work force is ready to begin work and help boost our local and state economies."

Other parties are equally enthusiastic about the pipeline's arrival, including the State of Kansas, where TransCanada's pipeline in 2009 was approved for $50 million in income tax credits, without the company even asking for the break. When the company does ask (which it must do by the end of 2010), it's also eligible for a 10-year property tax exemption. According to analysis by the six counties through which the pipeline will pass, they stand to lose some $8.5 million from the exemption. No other states are offering the property tax exemption.

TransCanada’s Keystone Pipeline Web site
http://www.transcanada.com/keystone.html
Some of the spinoff of the project is already in the works. As documented by the Salina Journal in October, the town of Clay Center, Kan., "stands to rake in $500,000 a year in revenue from selling TransCanada power for a pump station. That one, large customer could slash electric rates assessed to Clay Center customers by up to 20 percent, said Bill Callaway, director of the Clay Center Public Utilities Commission. That revenue also will pay to build a $6 million, 14.5-mile, 115,000-volt transmission line from southern Clay County to Clay Center and then to the pump station, he said. The line will be built next year."

Will the individual states and the States as a whole both benefit from the project much more than they'll be threatened? Time will tell. But as all eyes turn to the ongoing State Department review, it may pay to revisit other comments Secretary Clinton made to that San Francisco audience, as she bemoaned the lagging commitment to renewable and clean energy sources:

"It is fair to say that there is a so-called oil curse. Because when countries discover oil, start marketing that oil, if they're not thoughtful, if they're not visionary, very often it becomes a small elite that benefits from it."

And, at another point in her remarks, on the need to reduce emissions:

"We do have a lot that still must be done. And it is a hard balancing act. It's a very hard balancing act. But it is also, for me, energy security requires that I look at all of the factors that we have to consider while we try to expedite as much as we can America's move toward clean, renewable energy." 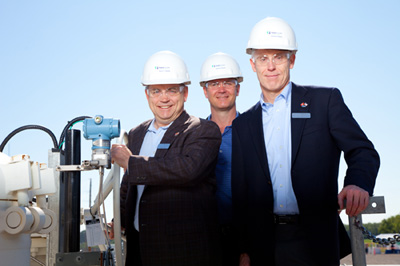 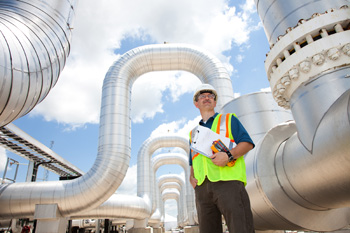 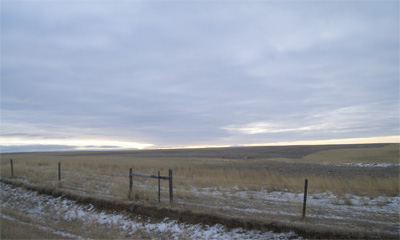