EcoTech Institute selects the Denver suburb of
Aurora for a first-of-its-kind campus. 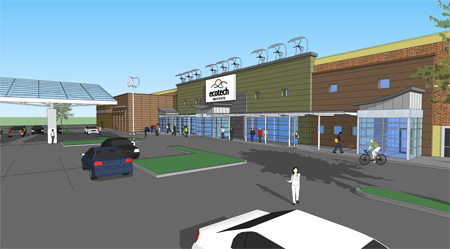 orget white-collar and blue-collar jobs. A new two-year technical college in Colorado targets the green-collar workers of the future.

At the EcoTech Institute in Aurora just outside Denver, the mission is to train the work force that will one day populate the factories of wind, solar and geothermal energy companies throughout the Rocky Mountain region.

Before this unique school could work toward that goal, however, it had to select a location for its first campus. An 18-month search of the Pacific Northwest, Upper Midwest, Texas and Colorado produced a winner: Aurora.

"Colorado was chosen for three reasons," says Glenn Wilson, academic dean for the institute, whose parent company is the Alabama-based Education Corp. of America. "First and foremost was the intellectual capital of the people here. We really like the innovation and research coming out of the area colleges. Secondly, the region provides great natural resources — wind, solar, natural gas and geothermal energy. And the third reason is that quite a few companies are already here doing work in manufacturing and installing renewable energy infrastructure."

The Denver area is home to many alternative energy companies including Abound Solar, Vestas Wind Systems, Woodward Governor, AVA Solar and others.

Located near the crossroads of Interstate 255 and East Mississippi Avenue about 15 minutes from downtown Denver, the college took occupancy of a vacant 100,000-sq.-ft. (9,290-sq.-m.) facility that is being completely renovated for scholastic use.

"We are investing millions of dollars into renovating it and installing labs and computers," says Wilson. "We are taking the shell building and redoing it. This project is revitalizing that part of town too. This is a more urban setting, and we wanted that."

Classes began in July with 55 students in a temporary facility. The school plans to move into its permanent home in January. EcoTech Institute currently employs about 15 faculty members.

"Our goal is to grow this campus to about 1,000 students and then start building other campuses around the country," notes Wilson. "More than likely, we will build a total of five or six campuses. We will look at those areas that were considered for the first campus — places like Washington, Oregon, Minnesota and Texas."

One estimate from the President's Council of Economic Advisors predicts that 700,000 clean-energy workers will be needed by 2012. The EcoTech Institute plans to capitalize on the need for worker training in this growing field.

The former Amazing Jake's building in Aurora is receiving a $10-million facelift so that it can house the school's operation by the start of 2011. If all goes well, adds Wilson, "we may grow into training environmental paralegals and LEED-certified design specialists." 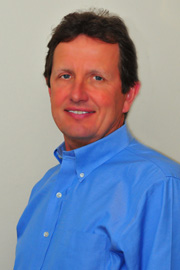