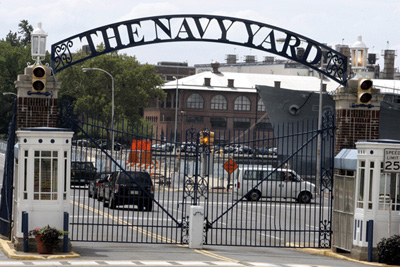 he Greater Philadelphia Innovation Cluster recently won $129.7 million in funding from federal sources to create a Regional Energy Innovation Cluster (E-RIC). Sponsored by the Department of Energy and other federal agencies, the E-RIC is intended to facilitate innovation and commercialization of technologies that improve the design of energy-efficiency building systems. According to the DOE, buildings are responsible for 40 percent of U.S. energy consumption, and by leveraging resources from research institutions, economic development agencies and other public and private organizations, the E-RIC "will create an economically dynamic region focused on building efficiency technologies."

But What Is Happening to the Other Proposed Clusters?

From the outset, DOE was clear that only one proposal would be selected for E-RIC funding. Accordingly, 11 regions submitted E-RIC responses and did not win funding. So what is happening to the proposed clusters that have not received funding? Are plans for their energy innovation clusters destined to collect dust on the shelf?

The answer, of course, varies, but based on the enormity of the application process, which consisted of seven different applications — one for each federal agency sponsor — and the significant effort required to coordinate industry, academic and government actors, many regional leaders are seeking to move forward. This two-part article series focuses on the future of energy innovation clusters. Part I profiles the response of New England clean energy innovation cluster consortium, and Part II, to run in the October 2010 edition of the Site Selection Energy Report, will examine New York's efforts in a post E-RIC world.

New England's E-RIC proposal drew upon the strengths of its academic institutions, economic development agencies, manufacturing partners, investment community and government and policy leadership. In particular, the proposal sought to create the Center for Advanced Building Systems (CABS), which would have been housed at MIT and served by researchers from across New England. CABS proposed to integrate technical research on energy innovation into a network of organizations and institutions that could accelerate the transition from scientific discovery to commercialization and job creation. It did this by funding emerging research and linking it with businesses through the aforementioned partners. In addition to the CABS facility, the New England E-RIC also proposed to renovate the Boston Marine Industrial Park to create space for regional job-training initiatives, professional development activities, business incubators and technology testing.

Altogether, New England's existing clean energy cluster would have facilitated implementation of the E-RIC proposal. In fact, New England leaders are quick to point out that they have been promoting cluster development in the clean energy sector for years. "Governor Patrick encouraged the creation of the New England Clean Energy Council, [the region's cluster development organization], years ago," says Patrick Cloney, the Executive Director of the Massachusetts Clean Energy Center (MassCEC).

"The council's Clean Energy Innovation Consortia is very similar to the E-RIC solicitation. We really believe in the cluster [approach] at a regional scale." Indeed, the non-profit New England Clean Energy Council, founded in early 2007, is one of the region's leading cluster development organizations, representing over 175 organizations in academia, the investment community, manufacturing and government and leadership organizations (see cluster organization map). The Council works closely with leaders at the state and federal level to develop economic and energy policy, having advanced the American Recovery and Reinvestment Act and launched state programs like the Governor's Clean Energy Challenge, which encourages state organizations to reduce greenhouse gas emissions (GHGs). Moreover, under its "CEO Clean Energy Fellowship" program, the Council sponsors CEOs and senior executives from outside the clean energy industry through training, financial and business support in hopes that they will bring additional entrepreneurial and management expertise to the industry.

Nonetheless, Cloney notes that while the New England team is disappointed by the loss of the E-RIC proposal, it has started talking about the next steps. "Since we found out that New England was not chosen for the E-RIC three weeks ago, we have begun discussing how these partners can collaborate next." It is clear that the E-RIC process increased communication and collaboration among New England leaders.

In particular, New England E-RIC proposal members have agreed that a quarterly forum to open a cross-sector dialogue is in order. The goal of such dialogues would be to develop content and policy for driving clean energy technology development forward. Additionally, the five Massachusetts business incubators involved in the E-RIC proposal have signed a letter of agreement to create a formal 'ACTION' network. "We want to push companies down the development curve," reports Cloney, and by sharing best practices and resources through the business incubator ACTION network, Massachusetts can improve deal flow for emerging entrepreneurs.

Finally, Cloney notes that New England state agencies are also taking steps to coordinate policy and economic development assistance with one another. "It's crazy to cannibalize deals" by competing with one another to attract business, he states. Thus, building on the momentum for clean tech collaboration established under the E-RIC effort, state leaders are working together to "bring more dollars to the region and divide it appropriately." In particular, Cloney describes efforts that Massachusetts and Connecticut economic development agencies have taken to attract businesses using a "cross-borders, shared diligence approach."

By communicating openly, inter-state agency leaders share concerns with one another and find ways to overcome challenges in order to attract new businesses. Then, if both states put equity into the deal and the target company agrees to the proposed solution, Massachusetts and Connecticut could negotiate as a single entity to attract business. From a political perspective, Cloney points out, this makes a lot of sense. By having leaders from all six New England states speak with one voice, they can create a lot of noise. "That's 12 senators, six governors, and 22 house representatives all sending the same message."

Life After E-RIC for New England

Although New England lost the E-RIC, many parts of the proposal are likely to be developed through other avenues. Most importantly, however, the relationships and ideas that were forged during the E-RIC process will help New England leaders coordinate future efforts to develop the region's clean energy economy. Cloney reports, "this was a first shot, and the group experienced a lot of learning pains. But we are eager to do it and have been strengthened by the E-RIC process."

2 Powers, L. & Mount, A. (2010, August 24). Penn State Receives more than $129 million to lead energy team. Office of the Vice President for Research at Penn State. Retrieved on September 12, 2010 at http://www.research.psu.edu/news/2010/penn-state-to-lead-energy-efficient-building-designs.

Mills, K., Reynolds, B. & Reamer, A. (2008). Clusters and Competitiveness: A New Federal Role for Stimulating Regional Economies. Blueprint for American Prosperity. Retrieved on September 13, 2010 from http://www.brookings.edu.

Neil Veilleux is a project consultant with Meister Consultants Group (MCG). He works with both public and private sector clients on clean energy strategy, policy, and program development. He earned a B.A. from The University of the South and a M.A. in Urban and Environmental Policy & Planning from Tufts University. He has served as a Rappaport Public Policy Fellow at Harvard's Kennedy School of Government and a Fulbright scholar in Germany. He can be reached at Neil.Veilleux@mc-group.com.

Eugenia Gibbons is program coordinator at the Environmental League of Massachusetts where she manages the organization's climate change project. She earned a B.A. from The University of Connecticut and a M.A. in Urban and Environmental Policy & Planning from Tufts University. Eugenia is also a Grantham Foundation Young Environmentalist Fellow at ELM and a 2011 LeadBoston member through the Boston Center for Community Justice. She can be reached at egibbons@environmentalleague.org.

Wilson Rickerson is CEO of Meister Consultants Group (MCG) and leads the firm's international energy and climate practice. Mr. Rickerson specializes in renewable energy policy design and has worked with a broad range of governments, international organizations, and corporations. He holds a Masters in Energy Policy from the University of Delaware, and a BA in International Relations from the College of William & Mary. He can be reached at Wilson.Rickerson@mc-group.com. 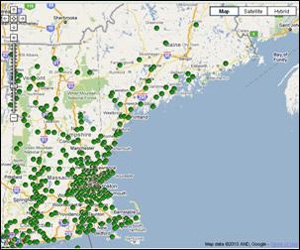