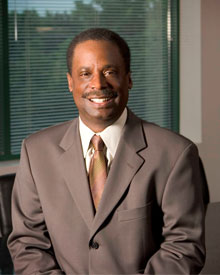 Maintaining solid connections with its existing companies amps up Virginia Beach’s headquarters and FDI portfolios in one fell swoop.

erman rechargeable battery pack supplier Batterien-Montag-Zentrum GmbH (BMZ) recently premiered a series of films about its concepts and corporate operations, with the headline "One reference is worth more than a thousand words." The company's new friends in Virginia can identify with that idea.

Last week the firm announced that it will open its U.S. headquarters in Virginia Beach. The choice came about in part because of another German company's championing of the area.

"This is one of our target industries, and the introduction to BMZ was made through STIHL, one of the city's largest manufacturers," said Warren D. Harris, director of Virginia Beach Economic Development.

"After carefully researching several states on the East Coast, we decided to locate BMZ USA in Virginia," says Sven Bauer, managing director of BMZ GmbH. "Virginia Beach was especially attractive because of its large community of international companies, some of which we already have business relationships with. The proximity to the international port, infrastructure, abundance of qualified personnel and the assistance from the Economic Development office helped us finalize our decision."

BMZ USA will start small, but the message it's sending is big. It will lease 16,500 square feet of light industrial space at 2656 Lishelle Place, is expected to make a capital investment of $500,000 in equipment, and will initially hire 15 employees in the areas of sales, research & development and assembly, with an average annual salary of $38,000; additional employees will be added soon after.

"The companies' philosophy focuses the manufacturing emphasis [in] Germany which allows a fast and flexible reaction to changes on the European Market," says the English-language version of the company's Web site. "Alternatively a production plant in Poland and China permits a cost-efficient production as it is required on the global market today."

In related news, a recently proposed amendment to the FAA Reauthorization and Reform Act of 2011 would have banned all air shipments of lithium batteries and products. "Billions of lithium batteries are shipped via air cargo annually without incident," said National Association of Manufacturers (NAM) Senior Vice President for Policy and Government Relations Aric Newhouse in response to the proposal by Congressman Filner (D-Calif.). "This flawed amendment would create massive disruptions in supply chains and postpone the delivery of life-saving medical devices and critical defense communication equipment. This amendment would place unnecessary and cost-prohibitive burdens on manufacturers, ultimately reducing air freight capacity and requiring massive supply chain redesign."

In the end, Filner withdrew his amendment, and language was inserted that prevented the FAA from instituting controls more strict than those established by international air safety standards. The U.S. House of Representatives then passed the act.

"By harmonizing U.S. regulations with the international standards, the House protected both aviation safety and the continued competitiveness of major U.S. industries," said NAM, "not just battery manufacturers but also those companies that use the batteries, such as medical device manufacturers.

Virginia Beach Mayor William D. Sessoms, Jr. and Harris were introduced to BMZ GmbH during their June 2010 visit to the German headquarters of STIHL, as that company had recently selected BMZ as a new partner for their entry into manufacturing more environmentally sustainable battery powered tools. STIHL officials also introduced Virginia Governor Robert F. McDonnell to the company during his subsequent visit to Germany. The Virginia Beach Economic Development Department and Hampton Roads Economic Development Alliance met with BMZ during a follow-up visit to their headquarters in Karlstein, and the Virginia Economic Development Partnership's European office provided additional support to the company during their decision making process.

Lishelle Place was acquired by the city as part of its APZ-1 (Accident Potential Zone) program to attract more conforming commercial uses in and around Oceana Naval Air Station, which was part of the 2005 BRAC process. The program was one reason that the Association of Defense Communities named Virginia Beach as the 2010 ADC Active Base Community of the Year. The zone in November attracted new building projects from Global Rigging & Transport and DAVCON.

"The original recommendation to meet the requirements of the BRAC Commission was to condemn and acquire $15 million worth of property annually," explains YesOceana.com. "This was proposed in order to roll back incompatible development in Accident Potential Zone 1 (APZ-1) adjacent to NAS Oceana. But the process of condemnation is costly, slow, and can appear unfair. Virginia Beach officials were determined to find a better way, a way to meet the BRAC order without forcibly taking homes and businesses. By brainstorming with citizens, business owners, and community leaders, a better way was truly created.

"The result is the Oceana Land Use Conformity Program, also known as YesOceana.com. This innovative program comprises zoning ordinances and economic incentives to foster the conversion of nonconforming businesses in APZ-1 into conforming ones. Or if businesses cannot be converted, the program will help them relocate to another part of Virginia Beach.

"Not only does this approach accomplish the necessary rollback, it ensures that subsequent redevelopment follows sound planning and land use principles, and that any new development is of a higher quality than currently exists." 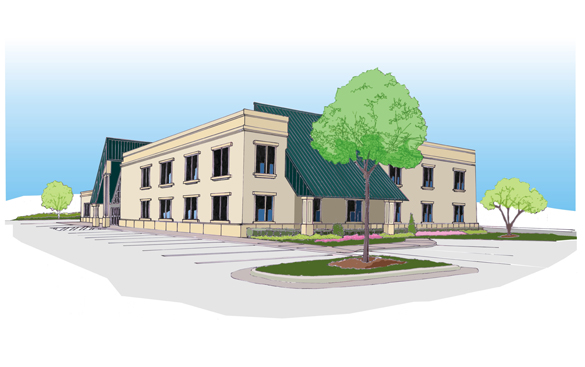 "BMZ’s decision to locate into the Lishelle Place facility is a win-win scenario," says Michelle B. Chapleau, business development manager for the City of Virginia Beach Dept. of Economic Development. The city purchased the facility, pictured above, in 2008 to eliminate a nonconforming use (call center). "Through our innovative incentive program," says Chapleau, "the city is able spur economic development in a way that is compatible with the mission of NAS Oceana by retrofitting an obsolescent building and backfilling it with a conforming tenant."
Photo courtesy of City of Virginia Beach