Regions with multiple sources of electricity generation
will be more attractive to site selectors than
those dependent on one source. 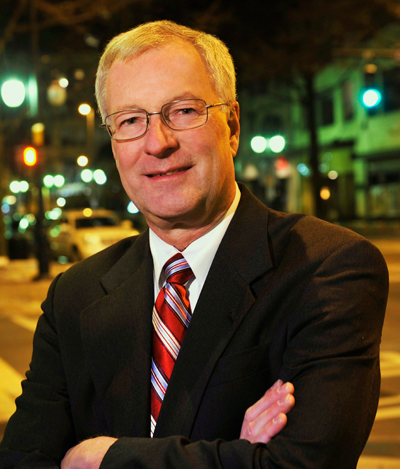 mple supply, a good price and stability are three electricity factors that can help attract a prospect to a region. Now the issue of electric generation diversity may be gaining ground.

Developers may want to assess electric generation diversity before a prospect comes calling. For instance, if a key regional energy generation source is eliminated, or a major spike in price happens or legislation makes a generation source cost more to use, how can that affect the economic proposition in a region? It's about "not having all your eggs in one basket," as the saying goes.

"A diversified, reliable and cost-efficient fleet helps economic development for generations," says Jim Guy, leader of the Energy Industry Team at law firm LeClairRyan in Richmond, Va. "New construction boosts local economies no matter what you build – jobs, contracts, financing and other transaction activity all generate economic benefits to somebody. In the longer term, a reliable, cost-effective infrastructure is critical to any economic development, from server farms, factories, grocery stores and office buildings."

Risk management is at the intersection of economic development and energy. Peter Bernstein, author of "Against the Gods: The Remarkable Story of Risk" (1998, John Wiley & Sons), smartly sums up the psychology of risk: "The use of diversification to reduce volatility appeals to everyone's natural risk-averse preference for certain rather than uncertain outcomes."

Site selection strategy has a firm footing in risk reduction.

Each fuel has experienced highs and lows in the headlines. The Japanese natural disaster put nuclear energy under a microscope even across the ocean in the U.S. where the industry has an excellent record. Coal has had carbon debates and has been in the headlines about mine safety.

Natural gas has had significant price swings, running as high as $14/MM BTU in the last three years, and in the low $4 range in mid-April. Different ways to tap reserves can dramatically increase gas supply, however. (Information about the mix of U.S. fuels to produce electricity, down to the state level, is at the GetEnergyActive.org Web site.)

"Diversity in energy generation reduces risk," says Tom Konrad, editor at AltEnergyStocks.com and a green blogger at Forbes.com. Konrad sees one role for alternative generation this way: "Wind, solar, hydro, biomass and geothermal can reduce supply risks in case of trouble with nuclear and fossil fuels, but wind and solar have been criticized for being dependent on the weather, introducing the risk that they will not be there when needed. Geographic diversification, or spreading wind and solar farms over large areas alleviates this risk by taking advantage of different weather patterns in different places."

Alternative generation sources can also be tapped for time of peak demand – often driven by weather, with air conditioning driving summer peaks on hot afternoons, and electric heating driving winter peaks. Peak demand is when an 'all hands on deck' generation portfolio serves a region best.

A diverse energy portfolio has to be assessed from multiple facets. Each part of the country has a different playing field of strengths and weaknesses for electric generation. For instance, "It stands to reason that utility companies in 'The Sunshine State' should develop solar power," says Shihab Kuran, President and CEO of Petra Solar, South Plainfield, N.J.. He notes how jobs can be a strategic spin-off, for instance "… the solar power generation projects in Florida would immediately lead to the creation of almost 16,000 jobs in manufacturing, construction, knowledge-based services, and other sectors of the Florida economy."

Location prospects are becoming energy and carbon savvy. One large energy-user prospect recently said a key criterion for them was to contribute to the fewest emissions possible. The company chose a nuclear heavy location since nuclear is carbon emission-free.

That leaves the economic developer with a challenge: Develop the local messaging for your energy generation profile. Several steps are:

Build an ongoing dialogue with your electric and gas utility economic developers and business development professionals. Two points of dialogue are critical: Understand the utility's strategy for its fuel mix and its plans for the future; let the utility know the inquiries you get about energy when prospects come in. Create a joint message that all prospects hear.

The pivotal issue comes down to business economics – the cost to operate in your region and be competitive. Jim Guy says it well: "Energy diversity can increase reliability and cost efficiency if it is the right kind of strategic diversity. Energy diversity that is cultivated to promote other social or political objectives carries the risk of hurting reliability and cost. Like any portfolio of assets, a diversified energy portfolio is only as good as the assets it comprises."