Members can use car2go with or without a reservation, for as long as they would like, without having to commit to a return time or location. When finished using the vehicle, members can park in a car2go-designated spot, at city non-restricted meters or on-street in residential neighborhoods within the car2go operating area. Parking, recharging, insurance and maintenance are included. Members pay by the minute, and only for the time they use the vehicle, with discounted rates for hourly and daily use.

The San Diego launch coincided with a similar launch of 300 vehicles in Amsterdam, Netherlands. In addition to those new cities, car2go is currently operational in Austin, Texas; Vancouver, British Columbia; Hamburg, Germany; and Ulm, Germany. 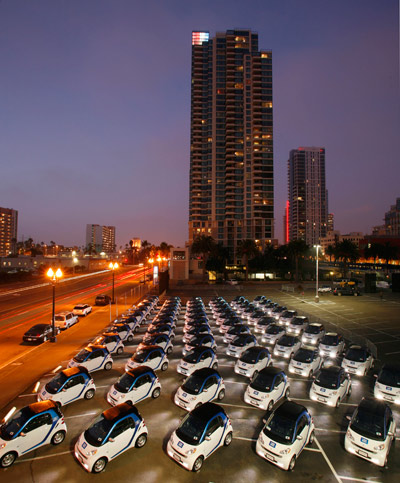 A McKinsey article entitled "Remapping Your Strategic Mindset" offers some unique vantage points on whose oil is going where, via a concept called "rooted maps." 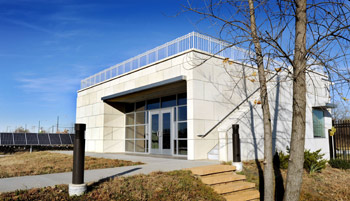 What's better than operating the nation's largest urban solar power plant? Why, having the administration building for the plant achieve LEED-Silver certification for new construction, that's what. Exelon City Solar in Chicago earned that accolade in early December, thanks to features such as a rooftop garden that can be used to observe the 41-acre (16.6-hectare) solar field, and the use of nearly 25 percent of construction materials that contain recycled content. The 10-megawatt solar power plant, which contains 32,292 PV panels, is located on a brownfield in the West Pullman neighborhood of Chicago.

Site Selection readers will recall the dramatic location of a manufacturing plant to Connersville, Ind., by Carbon Motors over two years ago. Now that company's chairman and CEO, William Santana Li, has written an open letter to President Obama's entire cabinet to try and get the company's loan application with the Department of Energy's Advanced Technology Vehicle Manufacturing (ATVM) program approved. The application, concerning a loan of more than $300 million, has been in limbo since the project announcement.

Eager for some facts about Canadian oilsands or that country's prodigious energy resources in the Atlantic Ocean and elsewhere? One source to turn to is the Canadian Energy Research Institute.

A new law in the state of Washington requires the state's only coal-fired power plant, TransAlta's 1,400 MW plant in Centralia, to cease operating its first boiler by 2020 and the second by 2025. The agreement requires a $55-million contribution from the company toward economic development in the southwest region of the state. In October, TransAlta, a Canadian company, chose to locate its U.S. headquarters in the state capital of Olympia.

Look for more information about important state legislation affecting economic development in the 2012 "State of the States" report, coming in the January 2012 issue of Site Selection.

Want to be a landman? Want to know how to deal with one? Either way, you'll learn a lot by following the thorough "Drilling Down" series being reported by The New York Times. Its latest report, "Learning Too Late of Perils in Gas Well Leases," serves as a model of data-assisted reporting, including the review of more than 111,000 leases, addenda and related documents. The report also includes a layman's guide to lease terms.

The World Bank on Nov. 18 approved $297 million in loans to Morocco to help finance the Ouarzazate (pronounced WA-ZA-ZAT) Concentrated Solar Power Plant Project. It is the first project in the low-carbon development plan under the ambitious Middle East and North Africa Concentrated Solar Power (CSP) Scale-up Program. A $200-million loan will be provided by the International Bank for Reconstruction and Development, the part of the Bank that lends to developing country governments, and another $97 million loan will come from the Clean Technology Fund. The 500 megawatt (MW) Ouarzazate solar complex, as the first power site, will be among the largest CSP plants in the world and is an important step in Morocco's national plan to deploy 2000 MW of solar power generation capacity by 2020. 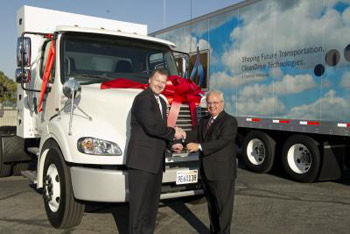 The Basra Investment Commission (BIC) in Iraq reported in October that Chevron Phillips has been approved for a $6-billion chemicals complex investment using the gas from oilfields in southern Iraq as feedstock. The company has not issued a statement.

"The vice president business development, Elija Andjelich, revealed that the company plans to enter Southern Iraq by establishing Petrochemical Facilities as part of the initial phase of the project and that they are planning to create joint partnerships with the existing Petrochemical companies like Shell and BP," said a BIC release. "He added that his company has conducted a field survey included all the petrochemical facilities of Basra to determine the basic requirements. He noted that this project will provide many job opportunities for local workers.

"For his part, the chairman of BIC, Mr. Khalaf Al- Badran, confirmed the readiness of BIC to support the establishment of the project; adding that Basra is in need for international companies that can provide logistical support in order to match the need of the local market," continued the release. "He asked the company to arrange an agreement with the Iraqi Oil Marketing Company SOMO for it is the only supplier for the project. He stressed once again the readiness of BIC to grant an investment license to the project and to obtain visas for their staff."