A California electric car maker wants to employ as
many as 1,000 workers at a battery plant in Ohio.
All it needs is that DOE loan. 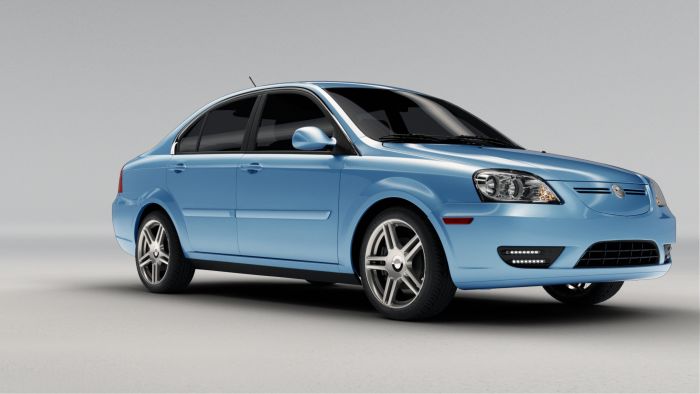 The CODA Sedan will be a four-door, five-passenger battery electric vehicle (BEV) capable of providing a dependable, all-season range of 90-to-120 miles on a single charge. In November CODA delayed the car’s debut from December 2010 to the second half of 2011.
Photo courtesy of CODA
L

ast May, CODA, an electric car and battery company based in Santa Monica, Calif., announced its plans to build a US$657-million automotive-grade lithium-ion battery system manufacturing facility in Ohio that would employ more than 1,000 people right out of the gate, in partnership with Lishen Power Battery of China.

Nine months later, that gate is still waiting for the key: a loan worth between US$400 million and $500 million from the U.S. Department of Energy (DOE) Advanced Technology Vehicles Manufacturing Loan (ATVM) program.

If successful, the venture would resemble a just announced alliance between Indiana battery firm Enerdel and China's leading automotive component company, Wanxiang, that may result in export of U.S.-made batteries to China.

Among the locations under discussion for the CODA venture, operated by Lio Energy Systems, is a massive Alcatel-Lucent complex that the telecommunications firm may vacate for another central Ohio location. Lio Energy Systems currently operates a 1-million-sq.-ft. facility in Tianjin, China, with the production capacity to produce more than 20,000 battery packs per year. The proposed facility in Ohio would replicate that facility. CODA would be the majority and control shareholder of the U.S. venture.

One month later, Ohio's Third Frontier program pledged $2 million toward the project, part of total state support of $18 million worth of tax credits and grants.

In early January, a fourth round of financing yielded CODA $76 million, taking its total to $200 million prior to an expected public offering. That same month, CODA announced the hiring of longtime GM executive Phil Murtaugh as CEO. Murtaugh's resume boasts extensive experience at the head of Shanghai GM and GM China, as well as Shanghai Automotive Industry Corp. (SAIC) and Chrysler's Asia operations.

'No Timeline' For Due Diligence

A task force of elected officials in Ohio has recently formed to champion the project toward a successful conclusion by the DOE.

"CODA's application has been received and is currently in the due diligence phase of review," she writes by e-mail. "The Department will continue to work with the company as it conducts its review process. Once an application reaches due diligence there is no precise timeline for making a decision. These projects are complex and must be reviewed rigorously on both their technology and finance merits in order to safeguard taxpayer dollars."

Meeks says to date the department has received more than 130 applications for its ATVM program. "However, after the first round of review many are not deemed complete or are not a correct fit for the program. The Secretary [Steven Chu] has made expediting the Department's loan process a priority and has instituted changes to ensure that loans are made as quickly as possible while ensuring due diligence and accountability to safeguard taxpayer money."

Since January 2009, the DOE has committed and/or closed five loans totaling $8.4 billion under the ATVM program, supporting projects at over a dozen locations around the country, says Meeks. "These projects will create or save over 38,000 U.S. jobs and save almost 270 million gallons of fuel per year."

Those loans have gone to Ford Motor Co., Nissan North America, Tesla Motors and Fisker Automotive. The ATVM program, launced in late 2007, authorized $25 billion in direct loans to companies toward retooling U.S. factories to make vehicles and components that improve fuel economy. In late January, some of that total may have been freed up, as General Motors Co. withdrew its previous applications for $14.4 billion from the program.