Nuclear Energy Gets a Callback

Rather than fight nuclear energy projects, communities
now welcome them, if their economic development
benefits are well articulated. 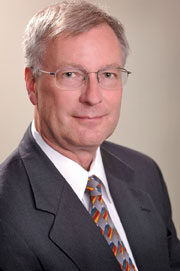 by SCOTT CARLBERG
A

potent economic and energy force — nuclear power — is changing the old acronym 'NIMBY' into 'YIMBY.' Yes, in my backyard. Nuclear energy has a new following. More than 60 percent of Americans favor the power source, 28 percent strongly, according to a 2010 poll. That's the highest since Gallup started asking the question 16 years ago.

What's changed? The economy, for one. After the bull run of business starting in the 1980s, even after the 2000 tech-bubble breather, money flows took a long-lasting hit in 2008. Deals for expansions and hiring also dipped. That drop creates a finer look at what can bolster regional economies, and nuclear energy pops up on that list.

In construction, $8 billion or more are easily involved for units. Figures from the Nuclear Energy Institute signal a supply chain stimulus in that a single new nuclear power plant requires approximately:

Sourcing goods from small and local firms helps, and the desire is there from some big buyers. At an annual energy CEO panel in Charlotte, N.C., last April, one multinational nuclear executive cited a goal to source 90 percent domestically for its U.S. projects, with small firms playing a key role.

In response, the Carolinas' Nuclear Cluster (CNC), a two-state industry coalition of 44 organizations, is stepping up its economic development clout. The collaboration is reaching out to small firms that are likely candidates to supply nuclear-industry new construction, new technology and ongoing operations. In this 'Innovative Economies' contract from the Small Business Administration, the CNC is coaching small firms to partner with the Carolinas' nuclear and engineering companies that serve a multinational market.

The environment, which is associated with quality of life, satisfies an important local development need. As carbon output is debated, nuclear energy stands tall. Nuclear power produces 20 percent of U.S. electric power but 70 percent of its carbon-free electricity. "There is no question that producing an increased share of electric power using nuclear fuels in lieu of fossil fuels will reduce greenhouse gas emissions. Substantial replacement of fossil fuels would result in substantial declines in acid gas emissions…" says a report from the U.S. Energy Information Agency.

Used nuclear fuel would have secure disposal, as it has for decades. That volume of used fuel should be noted. The total nuclear fuel for an average American's lifetime electric needs fits into a soda can. Reprocessing used fuel, as many other nations do, can reduce that volume further while producing more electricity.

Economic sustainability is a third driver. No one exports the jobs in a nuclear facility. The employees are high quality by the very nature of their precise and thorough work: Nuclear professionals are educated, quality-indoctrinated people and terrific community citizens.

Here are the lessons of economic development experience in the Carolinas, a leading center of nuclear energy expertise. In 2009, the Carolinas' Nuclear Cluster commissioned an economic impact study of its generators. The Clemson University researchers cited two-state employment topping 37,000, a $2-billion-plus annual payroll, earned income greater than $4.7 billion and more than $750 million paid in state and local taxes. This is among the Carolinas' 12 reactors at seven sites and the Savannah River nuclear site. That doesn't include the extended supply chain.

According to the study, a plurality of employees earn between $75,001 and $100,000. Second in frequency is $100,001 and $150,000 per year. Viewed another way, an economic study of an eastern North Carolina plant estimated total regional product at $6.4 billion (2003); the plant supported 14 percent of the total regional economic activity.

Regional competitiveness is a final appeal of nuclear power. Industry is attracted to stable, affordable and reliable energy. Nuclear is the low-cost producer of base-load electricity, with production costs declining more than 30 percent in 10 years, averaging 2.0 cents per kilowatt-hour (includes costs of operations and maintenance, nuclear fuel and paying for the management of used fuel).

Is nuclear energy a YIMBY candidate?

SCANA Corporation decided to add two reactors to its V.C. Summer Plant in Jenkinsville, S.C. Local citizen Ernestine Rabb was invited to be a member of the plant's citizen's advisory panel. Rabb, a civic leader and local church board member at White Hall A.M.E. Church, says the monthly plant meetings with the Chief Nuclear Officer, other employees and guests from various agencies keep her in-the-know. "I am in favor of this project," Rabb says. "It is good for all of us, and everyone will profit in years to come. Instead of trying to impede progress, why not all join hands with each other…"

Scott Carlberg is manager of the Carolinas' Nuclear Cluster.

NORTH AMERICAN REPORTS: What Goes Around Comes Around; Carolinas Grow Finer; Whatever You Do, Don’t Compare These Numbers; Inside and Outside Indicators Stoke Optimism, Caveats (Jan 12, 2012)