Need to justify an on-site solar installation? These resources may provide
answers … or at least provoke the right questions. 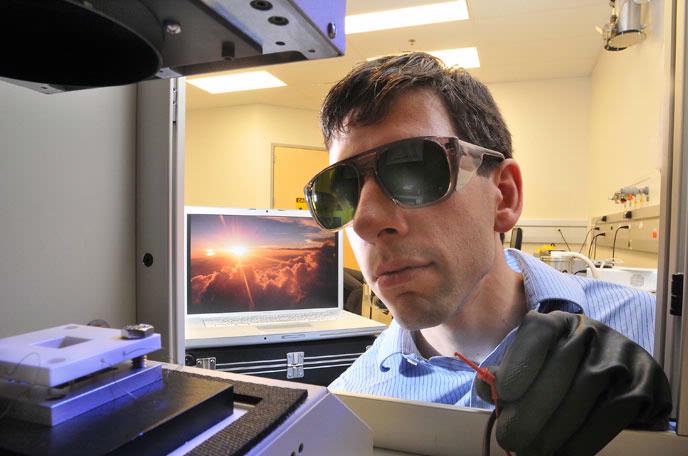 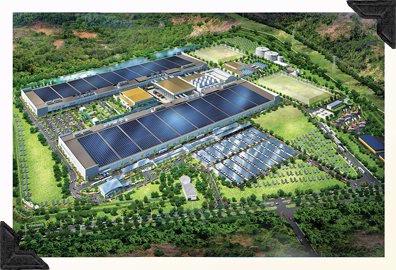 One of the many factors influencing LCOE is cost of production. SunPower Corp. hopes to reduce that cost to $0.55 per watt by 2014, in part by putting to work its 1.4-gigawatt third solar cell fabrication facility, a JV with AU Optronics in Malaysia. Development of the facility (rendering above) is being aided by a major loan from the Malaysian government … yet another important variable in cost prediction scenarios.
Image courtesy of SunPower

arlier this month researchers at the U.S. Department of Energy's (DOE) Argonne National Laboratory outside Chicago, in partnership with an analyst at Gartner, Inc., announced they had developed a “new and more instructive approach” to calculate the lifetime cost for a solar-generated energy system for comparisons to other energy systems.

It's heavy on equations and mathematical symbols, but its principles may light the way for corporate real estate practitioners justifying on-site solar power plants.

Presented in a paper in the publication Energy & Environmental Science, the methodology goes beyond the usual dollars-per-watt metric, which only measures initial capital cost and the solar panel vendor's performance specification. The authors' levelized cost of energy (LCOE) metric takes into account the actual energy produced by the system as well as other cost factors such as maintenance. LCOE is defined as the cost of an energy supply over its lifetime per energy unit produced.

"In typical LCOE projections for solar energy, many assumptions are swept under the rug, and we wanted to make a small step toward lifting up that rug and showing how you can truly get a handle on those assumptions to develop a more accurate picture of the potential costs," said Argonne solar researcher Seth Darling. "Specifically, the Argonne approach uses a Monte Carlo simulation that statistically selects from probability distributions to account for the uncertainty associated with various cost and production parameters."

A Monte Carlo simulation uses random numbers to model a process. It can produce millions of possible performance outcomes that might occur in the future, weighted to reflect their likelihood.

"Levelized cost of energy (LCOE) can be thought of as the price at which energy must be sold to break even over the lifetime of the technology," write co-authors Darling, Fengqi You, Thomas Veselka and Alfonso Velosa, who go on to employ phrases familiar to the world of corporate real estate and facilities. "It yields a net present value in terms of, for example, cents per kilowatt-hour. This is an assessment of the economic lifetime energy cost and lifetime energy production and can be applied to essentially any energy technology. For computing the ﬁnancial costs the equations can be embellished to take into account not only system costs, but also factors such as ﬁnancing, insurance, maintenance, and different types of depreciation schedules."

"Investors need to know their expected return on investment, regulators and policy makers help define the economies of energy productions and require reliable information, funding agencies need a means to analyze proposed technology development, and technology developers want to understand how they will compete relative to other technologies," says the researchers' paper.

But application will take more thorough data collection. An Argonne press release says implementing the use of LCOE "will require development of more rigorous data sets of location-specific solar panel performance and other parameters." What's more, "fair comparison to traditional energy sources such as coal or natural gas will require a re-examination of the hidden costs associated with those technologies," namely the costs of pollution and climate change.

The authors note that grid-tied solar power installations in the U.S. have grown from about 50 megawatts (MW) in 2004 to a projected 1 gigawatt (GW) this year, with global installations aiming to exceed 14 GW. The only thing holding back solar is the elusive grail of grid parity.

The authors aren't the first to tackle the problem, of course. In their article, they reference an in-depth white paper published by Sunpower Corp. called "The Drivers of the Levelized Cost of Electricity for Utility-Scale Photovoltaics." An update was released by the company in May 2009. The lead author of both was Matt Campbell, the company's senior product manager of utility power plants.

Sunpower is the Silicon Valley-based company that makes solar panels, and has been in the news recently with a new $1.2-billion JV solar cell fab in Malaysia as well as a corporate headquarters expansion in California. Sunpower hopes to reduce production cost per watt to US$0.55 by 2014.

"Advances in solar cell technology, conversion efficiency and system installation have allowed utility-scale photovoltaic (PV) to achieve cost structures that are competitive with other peaking power sources," said Sunpower. "The calculation of the levelized cost of electricity (LCOE) provides a common way to compare the cost of energy across technologies because it takes into account the installed system price and associated costs such as financing, land, insurance, transmission, operation and maintenance, and depreciation, among other expenses. Carbon emission costs and solar panel efficiency can also be taken into account. The LCOE is a true apples-to-apples comparison."

The company goes on to point out the role that incentives and policy have played and will continue to play in any equations companies are trying to solve that involved the future:

"The price of energy established under Power Purchase Agreements (PPAs) or by feed-in-tariffs (FITs) may differ substantially from the LCOE of a given PV technology as they may represent different contract or incentive durations, inclusion of incentives such as tax benefits or accelerated depreciation, financing structures, and in some cases, the value of time of day production tariffs."

The presence of so many variables can be daunting for risk managers. But it doesn't mean the end result is always worse than expected. The Sunpower white paper goes on to illustrate the actual versus expected performance for a 10-MW SunPower tracking power plant system in Bavaria, which during its first three years of operation actually exceeded the performance estimates under which the project was financed.

Another tool developed by the National Renewable Energy Laboratory, Sandia National Laboratory and the U.S. Department of Energy is software called the Solar Advisor Model (SAM), used to analyze solar technologies for speciﬁc locations. The latest update, performed in November 2010, is available for download .

Among NREL's most recent reports is a December 2010 feasibility study regarding the use of solar PV systems on a Superfund site in Riverside, Calif., part of the EPA's RE-Powering America's Land Initiative, which involves siting renewable energy power plants on potentially contaminated land and mine sites.

The calculation above is Sunpower Corp.’s disaggregation of LCOE for solar generation systems.

hile some solar power cost variables proliferate and float just out of reach like so many motes in a ray of sunlight, local permitting and inspection costs are more concrete. And like concrete, they can stand in the way of the larger goal of grid parity for solar power.

According to a new report released in January by San Francisco-based home solar company SunRun, local permitting and inspection add $0.50 per watt, or $2,516 per residential installation. The report says that standardizing local permitting would transform residential solar by:

SunRun says Germany reports about 1 million new home solar power installations in the past two years alone, whereas the total number of homes ever to go solar in the United States has just broken 120,000. SunRun's report recommends the DOE lead a new Residential Solar Permitting Initiative, starting with high-volume cities that impact more than 50 percent of the solar market.

"Local permitting red tape keeps solar off of millions of American homes and businesses and seriously jeopardizes our ability to be competitive with entrenched fossil fuels," said Rhone Resch, president and CEO of the Solar Energy Industries Association. "Policymakers need to recognize that these additional costs put an undue burden on new, clean technologies like solar that are trying to create jobs in the U.S."

"As a Solar America City, we recognized early on that a more efficient permitting process would improve the rate of solar deployment and contribute to market transformation of solar," said Kristin Sullivan, program director of the Philadelphia Solar City Partnership Program. "We've instituted multiple improvements to help the solar industry without compromising safety or requiring additional city staff time, including reduced permitting fees and a streamlined process for projects under 10 kilowatts."