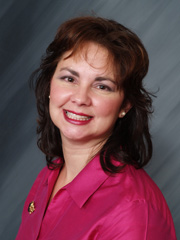 uadruple backup power and a move-in-ready building made the New Orleans area the logical choice for the WorldWinds Inc. super-computer.

Elizabeth Valenti, CEO of WorldWinds, announced in November that she had selected Slidell's Gause Boulevard Complex as the new home for one of the most powerful computer systems in the Gulf Coast region.

WorldWinds acquired the $1-million computer system to run storm-surge simulations for historical and hypothetical hurricanes that will be used by the Federal Emergency Management Agency (FEMA) to develop new flood-zone maps.

Valenti said the Slidell facility is an ideal location for the new computer cluster because of the building's high level of security and multiple sources of backup power, allowing for uninterrupted work.

"We like this facility and this location for a number of reasons," Valenti tells Site Selection. "It is an old DOD facility that was closed a couple of years ago by BRAC. he computer room is 13 feet under ground. The building itself never lost power during Hurricane Katrina and it never flooded. It is probably the only basement in Slidell. It has a very high-tech sump pump. It was built in the mid-1960s for the Federal Aviation Administration and then NASA. It last lost power in 1997, but all of the electrical systems have since been upgraded and now the site has quadruple backup power."

WorldWinds has already put the new complex to use to help the region deal with a huge disaster, although not one of Mother Nature variety.

"We ran simulations for the BP oil spill," says Valenti. "We helped determine whether the oil would come to Lake Pontchartrain or not. These simulations were pretty accurate. We had some detail of where oil was currently out in the bay. We did some simulations based on the waves and the prevailing winds. The oil could have moved into the mouth of Pontchartrain. We did have oil come pretty close for a couple of days. But the winds shifted and the oil was pushed back out again. Some barges and barriers were put in place to block the oil from coming into the lake, but it was really, really close."

The new system has 700 processing cores, or the equivalent of 12,000 desktop PCs. "It has the latest, top-of-the-line servers," says Valenti. "We have fiber-optic communications between the servers and T-3 access outside of the building."

Valenti says WorldWinds will run 700 to 900 simulated hurricanes for the entire East Coast to determine which areas will flood. FEMA will then rework all of its flood maps by drawing largely upon that data.

"We have three full-time staff and the computer runs 24-7 fairly autonomously," she says. "We get text messages on our phones and computers, and we can log in remotely. We also have two consultants that work with us as necessary. We are thrilled to have this kind of capability in the commercial sector on the Gulf Coast. The military has it. The university has it. NASA has it. But this is the first commercial venture in this sector anywhere in the region."

The Gause Boulevard complex chosen by WorldWinds is a former DOD site, closed via the BRAC process, that once served as home to the NASA Slidell Computer Complex, which supported Saturn space vehicle construction at the Michoud Assembly Facility in eastern New Orleans. 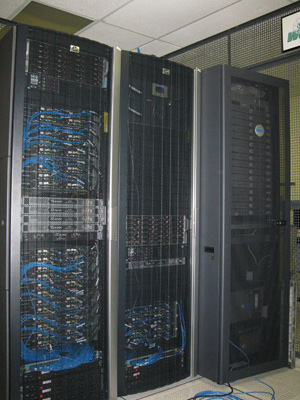