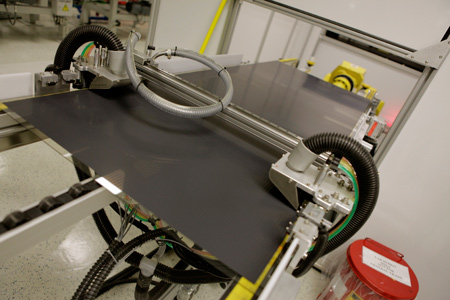 ave you ever wished you were monolithically integrated? If you're a thin-film solar panel from California, then you have.

But you might not have imagined you'd soon be achieving full integration in a former Sunbeam appliance manufacturing facility in Hattiesburg, Miss.

That brand of solar satori will be unfolding there soon, thanks to the January 4 announcement by San Jose-based Stion Corp. that it will invest US$100 million and employ 200 at a new thin-film solar panel manufacturing plant in Hattiesburg by 2012. Long term, Stion aims to invest $500 million and create 1,000 new jobs over the next six years.

Important to the deal — as it was with big investments by Toyota and Paccar in 2007 and by Wm. Schulz in 2010 — was legislative approval of special packages. In Stion's case, it was $75 million in loan funds as the Mississippi Legislature convened for its first day, which also occurred with the Schulz project last year. Last June, Stion closed a $70-million Series D financing to help scale production which included a partnership with Taiwan Semiconductor (TSMC), the world's largest semiconductor foundry.

"Our expansion in Hattiesburg is an integral part of our capital-efficient scale-up plan," said Stion President and CEO Chet Farris, who lauded the business friendliness of the state, the city and Forrest County. "The cost and time-to-market advantage of building here will provide a significant competitive advantage."

Frank Yang, senior director of business development for Stion and a member of the company's site selection team, says Stion had validated a number of options in the U.S. over the past year, and that several important technical and economic factors combined to make Mississippi the favored location.

"One important thing for us as a company is ramping up production," he says. "The time factor is a really important dimension — until you get that line built, you're burning through a lot of operational expenses."

Yang says the state was extremely proactive and efficient throughout the process. Much of that activity was coordinated by the Mississippi Development Authority, headed by Gray Swoope. The proactivity was launched by Gov. Haley Barbour, whose initial meeting with Stion officials occurred during a trade mission of sorts to the Bay Area.

Yang compliments the efforts of the Area Development Partnership in Hattiesburg, led by President Chad Newell, as well as the work performed by Swoope's team at MDA. Yang says they did "a phenomenal job," putting in a lot of long hours to devise the right solution for Stion. "It would have taken a lot longer and worked a lot different if it weren't for them."

Mississippi beat out four other unnamed finalist states for the project. Yang says many states meet the solar manufacturing sector's core requirements, and that the five finalists all had "something attractive on the table," but Mississippi was the obvious choice among that group. Furthermore, because of its tight-knit and supportive business community, as well as the material science, device and process engineering capabilities at the University of Southern Mississippi and the training resources available via Pearl River Community Collee, he calls Hattiesburg "a hidden gem."

Dennis Cuneo, the former Toyota senior vice president who has led so many site selections for that corporation in the past and still advises Toyota on some issues, started advising several venture capital-backed Silicon Valley firms about a year ago, including Stion. He says the college town feel of Hattiesburg was part of its appeal to Stion. He also likes the economic development agency model pursued by ADP which, like the Community Development Foundation in Tupelo (where he helped Toyota site a plant in 2007), gets "the city and county guys all together under one umbrella."

The company's original plan had been to expand capacity at its headquarters and production complex in San Jose. The California Energy Commission (CEC) last fall approved a low-cost $5-million loan under the state's Clean Energy Business Financing Program (CEBFP) that is providing approximately $30 million in federal stimulus money to eligible businesses that create or retain clean energy manufacturing jobs in California.

At the time of the loan, Stion anticipated investing $22.2 million in expanding the capacity of its San Jose facility, and creating or retaining 73 full-time-equivalent jobs. Asked about the status of that project and loan, Yang says, "As with the other manufacturers on the list, we are working through the structuring of the loan with CEC right now. Our intention is still to utilize it if the final terms are acceptable, but it is probably too early to comment further on the specifics at this point." Yang says Stion will still maintain its corporate headquarters and some production capacity in San Jose.

But such specialized aid is a rare, federally fueled instance of incentives largesse in California, where many industrial and manufacturing projects expect to encounter costs and barriers, not cash and facilitators.

Dennis Cuneo knows both territories. He spent 12 years working with the GM/Toyota joint venture NUMMI plant in Fremont, Calif. Cuneo says Stion will realize significant savings in Hattiesburg in such areas as energy cost, taxes, overall cost of doing business and wages. At the same time, Stion's minimum average wage of $43,000 per employee will go a lot farther in the Hattiesburg market than it would in the Bay Area. Company leaders are just as pleased with that the region has on offer.

"The folks from Stion and Silicon Valley were pretty surprised, and liked it," says Cuneo. "They took them to a great neighborhood where you can get these great houses for a fourth or a fifth of what they pay in Silicon Valley. It opens their eyes. Guys in Silicon Valley first say 'I don't know if we want to go there,' but once you get them out there, they see things, meet the people, and they say, 'Hey, this is not a bad idea.' "

There are certain intangibles as well.

"You don't have the same regulatory and permit schemes. It's much easier to do in Mississippi," he says of executing a facility project. "And in Mississippi, you can pick up the phone and call the governor."

He remembers one project he worked where the business owners truly wanted to stay in California, "but we couldn't get a meeting. That's something you'd never experience in a Southern state. Some people say it's the size of the state, but in Texas, Governor Perry is on top of economic development issues. In Southern states, governors determine that economic development is their first and most important priority."

In addition to leading the new Washington, D.C., office for national labor and employment law firm Fisher & Phillips LLP since last summer, Cuneo has his own consulting company called D.C. Strategic Advisors. And it was at the urging of venture capitalist Vinod Khosla, one of Stion's backers, that he got involved in the company's site selection process.

From the community's point of view, he says, some $114 million in venture capital backing, a $700-million order backlog and a leader (Farris) who had run solar units for Siemens and Shell made this "a very strong project."

From the site selector's vantage point, it's not the first time he's seen Mississippi make a strong case.

"Twin Creeks was looking in Malaysia, and they decided to do it in Mississippi," he says of Twin Creeks Technologies, another San Jose-based solar panel firm, which last spring picked Senatobia, Miss., just south of Memphis, for a $175-million, 512-job manufacturing plant. He says Gov. Barbour was just as hands-on in that case, conducting his own due diligence by visiting Twin Creeks' pilot facilities in the Bay Area and Boston.

One factor operating in the state's favor is its bipartisan support of economic development. As noted in the November 2010 issue of Site Selection, it's one of only nine states where Democratic members of Congress as well as Republicans earned the approval of the National Association of Manufacturers in its October 2010 voting record analysis of the 111th Congress.

In Stion's case, reports Cuneo, the incentive package passed unanimously in Mississippi's Republican-controlled State Senate, and 117-2 in the Democratic-controlled House.

Cuneo says Mississippi's scheme of providing loans in exchange for companies giving up such perks as the Advantage Jobs personal income tax credit is looked on with favor by Silicon Valley.

"What's really important to these companies are these loans, because the venture capitalists want to leverage the money," he says. "So a state like Mississippi, which a year ago hadn't been on anybody's map in Silicon Valley, is on the radar of a lot of VCs. And I expect you'll see more projects from VCs in Silicon Valley."

In fact, says Cuneo, the manufacturing sector that underlies various renewable energy technologies may choose to follow the path to the U.S. Southeast that the automotive industry carved over the past 20 years.

"Some of this product that would have gone overseas is now going to the Southeast," he says. "It's a very good place to manufacture."

Apparently that was the viewpoint of Sunnyvale, Calif.-based AQT Solar, a developer of CIGS (copper-indium-gallium-diselenide) thin-film solar cells, which two days after Stion's announcement announced it had selected Richland County, S.C., just south of the state capital of Columbia in the state's center, for its second manufacturing facility, where it plans to create 1,000 jobs of its own over the next four years.

As more solar projects and a continuing stream of automotive expansions find their way Southeast, Cuneo says float glass plants may be looking to locate major investments in the region. "To me, there are going to be one or two of those coming down South soon," he says. "It costs a lot to ship glass."

According to the Conway Data New Plant Database and a news search through the thorough Web news archives of the National Glass Association, most new float glass plant projects have occurred in India, the Middle East, Russia, China, Vietnam and Brazil over the past several years. Among the most recent investments, however, was a Vetro Solar project in Bitterfeld, Germany, a nation that is one of the globe's most advanced hubs for solar technology development.

Stion's Frank Yang says the company already purchases a vast majority of its raw materials in the U.S., and some specialized vendors have capabilities in the South.

"Leaving California has no negative effect on our supply chain," he says. At the same time, he agrees with Cuneo's assessment of the South's friendliness for manufacturing.

"We'd hope to see suppliers locate closer to there as well." 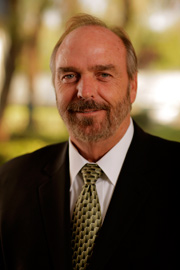 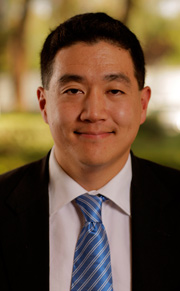 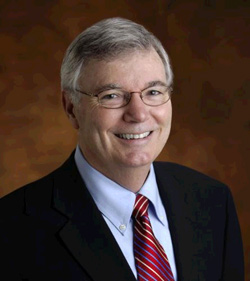