Demand for lithium-ion batteries is growing.
So why does Johnson Controls want out of its joint venture with Saft? 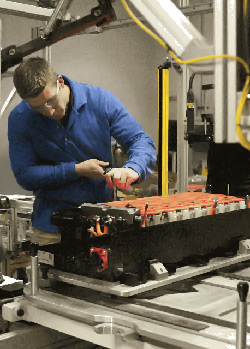 comprehensive study from Duke University's Center on Globalization, Governance & Competitiveness recently noted, "With the help of stimulus funding and strategic state-level support — especially from the state of Michigan — the U.S. value chain for lithium-ion batteries for vehicles is developing quickly. At least 50 firms are performing manufacturing and R&D in an estimated 119 locations spanning 27 states."

Two of those firms are Johnson Controls (JCI) and Saft America, which formed a joint venture in 2006, opened a plant in Nersac, France, in 2008 and have just opened another in Holland, Mich.

But on May 18, just weeks after announcing that the JV had secured a contract to supply battery systems for two electric vehicles to be launched by the Beijing Electric Vehicle Co., Milwaukee-based JCI took legal action in the Delaware Chancery Court to dissolve the JCS joint venture.

"Johnson Controls and Saft have a fundamental disagreement about the future direction and appropriate scope of the joint venture," said Alex Molinaroli, president, Johnson Controls Power Solutions. "The industry is evolving rapidly and the investments needed to achieve market leadership require us to do more than the joint venture has done or can do."

"Johnson Controls believes that as vehicle power train technologies continue to evolve and new markets emerge for advanced batteries, the company must have access to multiple alternative technologies and be able to flexibly participate more broadly across the energy storage space," said a company release. 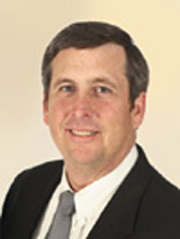 The legal action was filed under the Dispute Resolution Provisions set forth in the Johnson Controls-Saft LLC Operating Agreement signed in January 2006. In a response issued the same day as the filing, Paris-based Saft said, "Johnson Controls Inc has advised that the dispute is based on a wish to expand the scope of JCS beyond the limits set within the 2006 Agreement. Saft has advised JCI that it intends to oppose this filing as it sees no legitimate grounds for the dissolution. Saft has confidence in the strategy, the technological positioning, the management and employees of JCS and sees a profitable future for the venture as outlined in the current Business Plan. JCS has become an important player in the automotive HEV/PHEV/EV market and has won a number of significant production contracts with major clients.

"Saft has made a number of constructive proposals to try to reach a compromise agreement with JCI and avoid any legal procedure," the French company's release stated. "These proposals have been rejected by JCI. Nevertheless, Saft remains open to reaching a settlement that avoids protracted legal action and is in the best interests of its shareholders, customers and employees of JCS. Saft believes that, whilst some adjustments in the scope of the JCS could be considered, it would not be in its strategic interest to address through JCS certain lithium-ion markets where Saft is already strongly positioned and enjoys a rapid development."

The net asset value of JCS within the balance sheet of Saft as of the end of March 2011 was approximately €45 million (US$64 million). Saft recorded a loss of €16.9m in its 2010 accounts related to its 49 percent shareholding in the JCS net result.And even though Saft opposed the dissolution, it also said, "Saft is confident that a separation from JCI would not prevent Saft from addressing the clean vehicle market in the future, and will review its options once there is a resolution to this dispute."

Reached by phone earlier this summer as he traveled on the Metro between meetings in Paris, Thomas Alcide, president of Saft America and general manager of the company's specialty battery group, said the initial focus of the JV was the commercial automobile hybrid battery market. A new $200-million Saft America plant located in Jacksonville, Fla., backed by a $95.5-million grant from the U.S. Dept. of Energy, has an entirely different focus on energy storage systems and grid stabilization, targeting such industries as telecom, aviation and defense.

Alcide has moved to Jacksonville, where Saft America has also decided to locate its corporate offices. The plant itself, which broke ground in March 2010, was expected to begin producing products this month, and to celebrate a grand opening this September.

"The core of the dispute is Johnson Controls would like to expand the agreement we have for the JV," Alcide said. "Saft believes that enlarging the scope of the agreement would create a direct competitor for some of our core business, specifically Jacksonville. That's why we created two [entities]. So Saft does not see it would be in our interest to develop a competitor for our own business that we are a partial owner in. But Saft is open to negotiating a settlement on this. We will also continue to protect ourselves in court. But our hope is we can find a negotiated settlement, because in our view the JV has a very good future."

Rebecca Fitzgerald, global communications director for power solutions at JCI, said JCI and Saft had been working to resolve their dispute for about a year, and that a solution could still be negotiated outside the courtroom. She said everything is business as usual at the JV's plant in Holland, which employs 70 right now but will eventually employ more than 300. Approximately 400 employees currently work at the two plants in Michigan and France.

"Right now we're fulfilling all of our contracts, and working with our customers," she said. "Nothing's changed. The filing is just part of a legal process." Those customers include Daimler, Ford and Azure Dynamics, which converts Ford vehicles such as the Transit Connect to electric drive, and sold 10 of them in June to New York City.

Fitzgerald said JCI, which is matching the $299-million grant received from the U.S. DOE, is committed to building the lithium-ion battery industry in the U.S., including its deep chain of suppliers. And she said a second plant in the U.S. would be announced soon.

Meanwhile, JCI's electrolyte battery business continues to grow apace, with the May announcement of a $75-million, 225-employee distribution center in Middletown, Del., where the company manufactures the batteries; a recently expanded energy storage research partnership with the University of Wisconsin system; a new investment in an Ohio plant; and the doubling of its headquarters space in Glendale, Wis. The company's battery business as a whole has grown sales sixfold to $6 billion over the past decade.

Randy Thelen, president of Lakeshore Advantage, an economic development group encompassing Holland, Mich., and the surrounding area, says his team continues to work very closely with the JV, as well as with an LG Chem lithium-ion battery facility that's opening up just down the street.

"This industry is concentrated more heavily here than anywhere in the country," he says, noting that four of six battery plants with DOE backing selected Michigan locations. "We've seen eight companies that about a year ago were not supplying this industry, but are supplying it today. It's the kind of excitement and growth any community would love to have." Another non-automotive battery plant from Swiss-German firm fortu PowerCell is ramping up in nearby Muskegon Township. 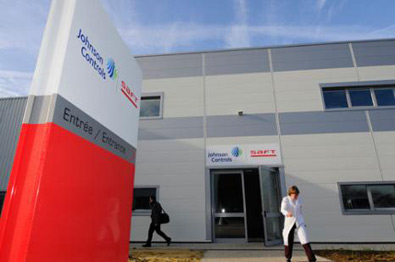 Thelen says the JCS and LG Chem battery plants are non-union, and offer competitive starting wages for manufacturing jobs in the $11-$13-per-hour range. The supply chain runs the gamut from chemicals to components, packaging and engineering support. He says three suppliers from outside the area are looking "very seriously" at location opportunities.

What could the future hold?

"We've looked at it, and we think with LG Chem and Johnson Controls as our anchor companies, this cluster can produce 10,000 jobs for the region, and upwards of $2 billion in investment by 2020," says Thelen. "We're well on our way towards those goals."

"Demand for electric vehicle batteries is currently small, but it is expected to grow very quickly," said the report. "In 2009, the global market for HEV and PHEV batteries was an estimated $1.3 billion (BCC Research, 2010). By 2020, the global market for advanced batteries for electric vehicles is expected to reach $25 billion — or about three times the size of today's entire lithium-ion battery market for consumer electronics (Boston Consulting Group, 2010).

"The automotive industry is moving away from internal combustion engines toward electric drivetrains, and advanced batteries are the key to this shift," the report concluded. "The United States will need to be capable of making lithium-ion batteries in order to remain competitive. Most projections agree that a rapidly increasing share of new vehicle sales will consist of hybrid-electric, plug-in hybrid, and all-electric models. This means that what's at stake for the United States is not just its role in lithium-ion batteries, but also its future position in the auto industry."

A new $200-million Saft America plant located in Jacksonville, Fla., backed by a $95.5-million grant from the U.S. Dept. of Energy, if focused on energy storage systems and grid stabilization, targeting such industries as telecom, aviation and defense. The site, which has also welcomed the corporate offices of Saft America, will celebrate its grand opening in September.