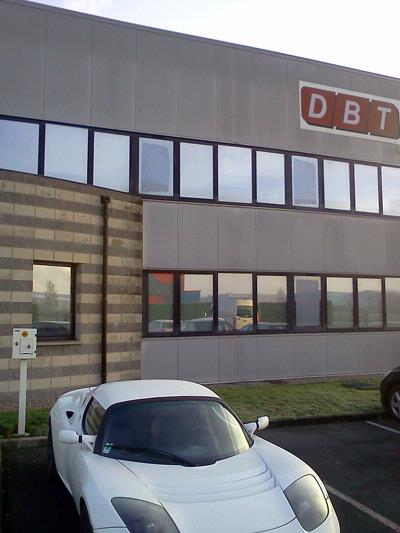 An electric car charges up at a DBT charging station installed at DBT’s headquarters in Arras, France, near Lille.
Photo courtesy of DBT
A

lternative-fuel vehicles are shouldering their way into the City of Big Shoulders, and bringing foreign corporate facility investment along for the ride.

The Gas Technology Institute (GTI) announced earlier this month that natural gas vehicles (NGVs) are earning their way onto fleet rosters one by one since the April 2010 launch of the Chicago Area Alternative Fuels Deployment Project. Part of the national Clean Cities program launched in 2009 by the U.S. Department of Energy, the program — jointly overseen by GTI, the City of Chicago and the Chicago Area Clean Cities Coalition — has received nearly $15 million in DOE Clean Cities grants.

"Many new jobs were also added to the local economy in 2010 — for mechanics, vehicle assembly line and equipment manufacturing workers, and construction workers at fueling infrastructure providers," said GTI, though it didn't say how many.

As T. Boone Pickens has suggested , the brightest initial promise for NGV use is in fleets, be they corporate, municipal or institutional. GTI offers up Groot Industries, the largest independent solid waste management services provider in Illinois, as a case in point. Thanks to two different grants, one from Clean Cities, the company has added 33 NGVs to its fleet.

"Natural gas fuel is not only a cheaper alternative to diesel fuel," said Brian Curry, Groot's director of fleet and facilities, in the GTI press release, "it's domestic, and complies with new emission requirements without the need to install complex exhaust after-treatment devices. And natural gas engines are 50 percent quieter in operation. They're also very clean, so we're able to lengthen our oil change intervals."

"According to Joanne Hayes, business development manager at Clean Energy, these stations will be built at sites managed by Taxi Medallion Management, a company that recently purchased 38 NGVs for its fleet of taxicabs," said GTI. "Clean Energy also plans to install two additional publicly accessible natural gas fueling stations at the city's two airports by the end of the year."

Waste Management Chicago added six NGVs to its fleet last year and bulk-food carrier Foodliner added five, also with the help of Clean Cities grants. Waste Management is pursuing fleet conversions in other markets too, most recently in Vancouver, B.C., where it's deploying 20 new trucks powered by compressed natural gas as part of a plan to eventually convert its entire area fleet of 100 vehicles. The fleet conversion is over and above the company's more than 100 separate projects in North America to convert its landfills' gas for use by homes and businesses, including fulfilling 75-percent of the natural gas needs of a Cascades paper mill in Ste. Sophie, Quebec.

Back in Chicago, GTI leaders say this is only the beginning.

"We expect there will be in excess of 230 vehicles that will be running on natural gas by the end of 2011 as a result of the Clean Cities funding," said Ted Barnes, GTI project director.

While NGV proponents try to redefine the expression "gas up," others are charging ahead in the Second City.

Based near Lille in northern France, the company has installed 6,000 stations in 20 countries. After its founding in 1990, DBT began as a leader in electric equipment design and manufacturing, producing energy supply units and transformers. In the early 1990s, European government electric mobility pilot programs allowed the company to collaborate with car manufacturers, utilities, municipalities and other fleet owners.

In addition to offering turnkey hardware and software and integration services for all stripes of EV charging applications and locales, the company also works with other firms to offer sustainable sourcing for the power: "AllCell will provide lithium-ion battery packs protected by AllCell's revolutionary passive thermal management system," said DBT of its U.S. subsidiary, "while Sun Phocus will provide solar panels utilizing cutting-edge holographic planar concentrating (HPC) technology." The firm hopes the blend of options will enable customers to customize systems based on vehicle use, budget, location and sustainability goals.

Jake Edie, vice president of DBT USA, says several factors drove the selection of Chicago as a U.S. base.

"One is that the vast majority of the big firms investing in electric vehicles are in California, so we wanted to be somewhere else," he says. Chicago's mélange of human capital, business schools and research institutions, and skilled manufacturing and assembly workers struck the right chord. The partnership with AllCell Technologies also was a big driver, he says.

"Beyond that, when you look at the map of where federal money has gone into electric vehicle charging, the Midwest is relatively underserved," he observes. "A lot of money has gone to the West and East coasts. Chicago is a great launching point from that perspective as well."

Edie's team numbers fewer than 10 at the moment, and occupies shared space on West 41st Street on the South Side of Chicago. Asked about the search for an assembly site, he says it's early in the process, but the focus is on the Midwest in order to be close to the headquarters office. Like the headquarters, the idea is to start small and ramp up as business warrants, with an initial facility of 10,000 sq. ft. or less, and somewhere between 10 and 20 employees, he says, "though, given where the world is with the rollout of electric vehicles, there are so many unknowns that those estimates could be wildly off."

Edie says there truly aren't that many EVs actually out on the road yet. But the charging-station business is ramping up regardless. "It's a difficult time to forecast volume next year, much less three years from now." He says his team is talking with potential distributors however, which may help out by contacting local governments in their areas.

"Generally we're looking for the standard types of incentives anyone would look for in terms of tax credits," he says. "Our assembly operation doesn't require a tremendous amount of capital equipment, so most industrial spaces are potentially usable."

"Our headquarters is on the south side of Chicago, and there is a large number of vacant industrial spaces available not far away, at quite low rent. We'll be looking for those sorts of spaces. And it would be nice to provide revitalization to those areas, especially with manufacturing."