A Hong Kong-based solar manufacturing and power company ramps up at
record speed to reach the world’s markets at the right time.

The company, China's largest polysilicon producer and one of the world's leading wafer suppliers, plans to increase its wafer production capacity in Jiangsu province at its existing plants in Xuzhou, Wuxi, Suzhou and Changzhou.

"New wafer plants will also be set up in locations close to our customers in the PRC," said the company. "The new polysilicon facilities will be located in the existing Xuzhou plant."

At the end of 2010, the Group's annual production capacities of polysilicon and

In addition to its solar production business, GCL-Poly also operates a host of power plants fired by gas, coal, sun, wind and biomass, including 18 cogeneration plants. In August, it was named by Fortune as one of the "Most Innovative Chinese Companies for 2010."

After only beginning to produce wafers in-house in December 2009, the company swiftly moved through a series of acquisitions, technical improvements and investments to become the world's largest wafer producer. Among its major deals was the acquisition of wafer producer Konca Solar in China.

Driving the new wave of investment is a series of long-term polysilicon products and wafer supply contracts signed during the second half of 2010 and early 2011, including the following:

To date, GCL-Poly's aggregate long-term wafer supply contracts for the period of 2011 to 2016 have exceeded 50 GW.

Take It From the Chair

Central to the company's success has been its co-location strategy:

"Our wafer plants were set up in the vicinity of the factory sites of customers such as Trina Solar, Canadian Solar and Hareon in order to establish close sales cooperation with our customers," said the chairman. "We have a mutual understanding to execute strategic co-location strategy with our customers including JA Solar and Goldpoly."

The company in 2010 saw its polysilicon plant in Zhongneng complete a technical improvement project that increased annual production capacity to 21,000 MT. The plant also ramped up hydrochlorination capacity from 300,000 MT to 500,000 MT, which allowed full recycling of the by-products and reduced the cost of TCS (trichlorosilane) — an important raw material for polysilicon production.

"In addition, GCL Solar was able to reduce the cost of steam and electricity, as well as other overhead costs," said the chairman's statement. "As a result, polysilicon production costs were lowered to HK$175.1 (US$22.5) per kilogram by the end of December 2010, which is considered to be the lowest in the industry."

Through technical upgrades and minimizing energy consumption, he said, "we are confident in lowering the polysilicon production cost to approximately US$20 per kilogram by the end of 2011 in order to ensure that our gross profit margins will continue to be higher than those of our industry peers. We will also continue to focus on the development of our wafer business in 2011. Apart from our current wafer production bases in Xuzhou, Wuxi, Changzhou and Suzhou, we will build new wafer facilities in Yangzhou, Taicang, Quanzhou and Henan such that our global competitiveness in the silicon materials business will be strengthened. We expect that by the end of 2011, our wafer production capacity will be ramped up to 6.5 GW and wafer output will reach 5.5 GW for the year 2011."

GCL Solar's wafer production costs are becoming more affordable in a hurry too, due to both technical improvements and the co-location strategy, which helped reduce logistics and overhead cost. "As a result, GCL Solar's wafer average production costs (before eliminating the internal profit of polysilicon) were approximately HK$4.30 (US$0.57) per [watt] for the year ended 31 December 2010," said the company.

Glimpses of the Future

The following excerpts from GCL-Poly's thorough earnings and outlook guidance provide perspectives on where the company, China and the industry are headed: 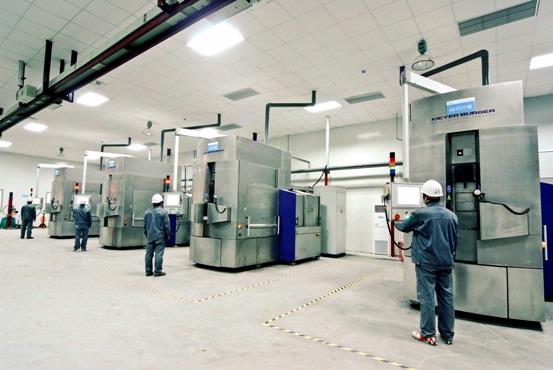 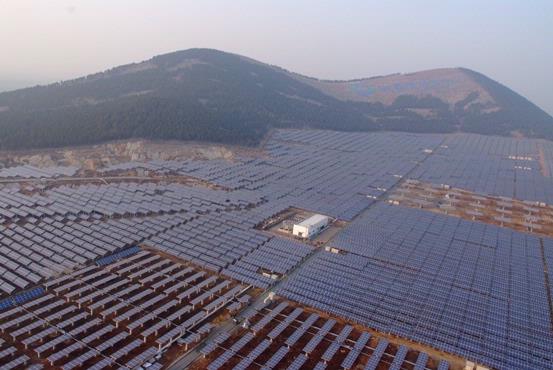