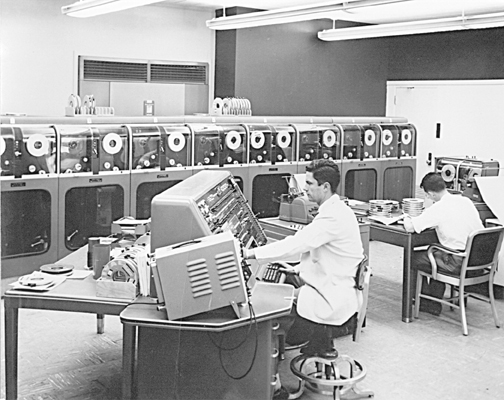 In 1954, General Electric installed the UNIVAC computer in its ﬁrst commercial installation at Appliance Park in Louisville. GE’s new data center in Louisville houses cabinets of servers; just one cabinet is millions of times more powerful than the original UNIVAC
Photos courtesy of GE
G 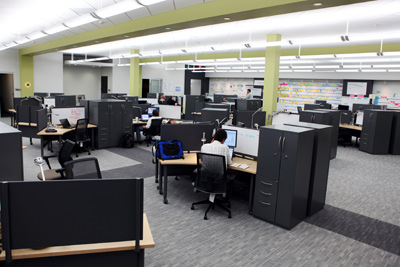 oogle likes to use the power usage effectiveness, or PUE, metric to calculate the energy costs of housing and cooling servers on server farms such as the one located in Lenoir, N.C. Now the "pee-yew" factor of a 9,000-head North Carolina hog farm is doing its part to offset Google's carbon footprint guilt.

As a news release spelled out in September, a pilot waste-to-energy system constructed by Duke University and Duke Energy garnered the endorsement of Google Inc., which invests in high-quality carbon offsets from across the nation to fulfill its own carbon neutrality goals. The $1.2-million system, built at Loyd Ray Farms, a 9,000-head hog finishing operation northwest of Yadkinville, N.C., 25 miles west of Winston-Salem, converts hog waste into electricity and creates carbon offset credits.

"Duke University and Duke Energy have been developing the pilot project for nearly three years, with additional grant funding from the U.S. Department of Agriculture and the North Carolina Department of Environment and Natural Resources Lagoon Conversion Program," said the Duke University release. "Duke Energy and the university will share operational and maintenance costs for the first 10 years of operation. Google will assume a share of the university's portion of the costs in return for a portion of the carbon offsets for a 5-year term.

By capturing greenhouse gases from hog waste and burning them to run a turbine, the system produces enough electricity to power 35 homes for a year. It is expected to be able to prevent the release of greenhouse gases equivalent to nearly 5,000 metric tons of CO2 per year. 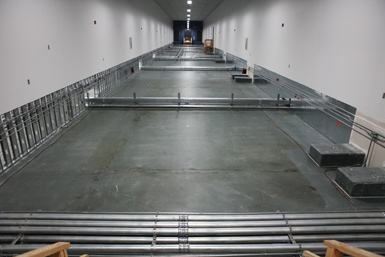 GE's data center is built on a four-foot raised floor to maximize airflow and cooling efficiency of the data rooms.

PUE (power usage effectiveness) measures how much overhead energy is required to house and cool the computers inside a building relative to the amount the computers consume themselves. "A PUE of 2.0 means that for every watt of IT power, an additional watt is consumed to cool and distribute power to the IT equipment," explains Google's own blog. "An ideal PUE would be 1.0, meaning that all of a data center's power is consumed by the components that do the actual work that the data center is meant to do.

"As of Q2 2011, the trailing twelve-month (TTM), energy-weighted average PUE for Google data centers with an IT load of at least 5MW and time-in-operation of at least 6 months, is only 1.15, with some individual data centers as low as 1.11," Google says. "These statistics exceed the US Environmental Protection Agency's (EPA) most optimistic goal for data center efficiency. We achieved this result without the use of any exotic techniques that the EPA report assumes are necessary to reach this level of efficiency."

In addition to the hog farm project, Google has pursued another methane-driven carbon offset agreement with the Landry Parish landfill in Louisiana. The company meticulously tracks its PUE and related metrics as they relate to renewables, carbon footprint and other sustainability factors.

A new report, "Growth in data center electricity use 2005 to 2010" by Prof. Jonathan Koomey of Stanford University, backed by The New York Times and published by Analytics Press, built upon earlier research by Koomey in reaching the following conclusions:

However, carbon emissions are another animal altogether. A 2008 McKinsey & Company study predicted carbon dioxide emissions from data centers would quadruple by 2020, exceeding that of the airline industry. So the push is on to make them as green as possible.

The U.S. Green Building Council has certiﬁed the data center at GE Appliances & Lighting in Louisville as the ﬁrst data center in Kentucky to achieve Platinum-level certiﬁcation (and only the third LEED-Platinum building of any kind in the Commonwealth).

Here are some key highlights of the project, according to GE: 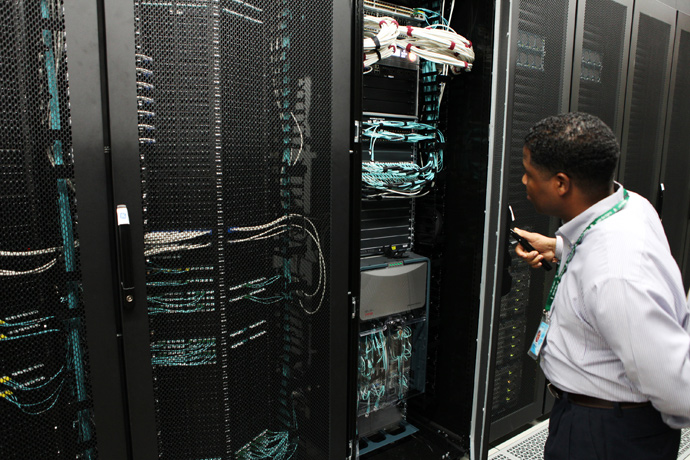