The town made by Kodak still knows how to develop innovation. 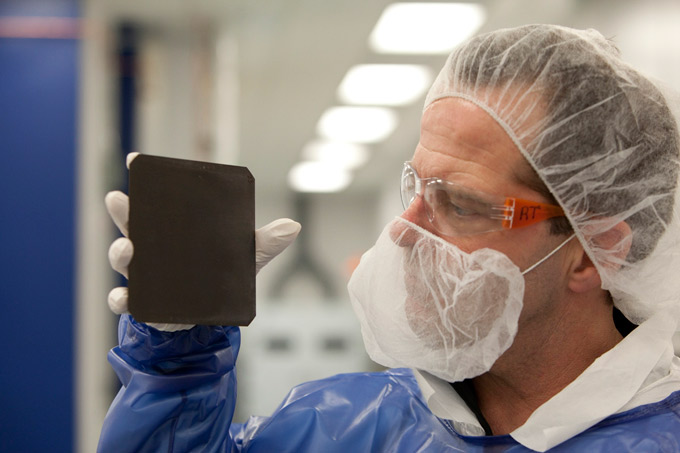 easured by its ability to weather acute and chronic stresses, Rochester, N.Y. was ranked 61st out of 361 U.S. metros last year by the Resilience Capacity Index (RCI), developed by Kathryn A. Foster, director of the Regional Institute, a research and public policy center of the University at Buffalo.

The new measure (online at http://brr.berkeley.edu) made its debut last summer, and produces a single statistic for each region based on its performance across 12 economic, socio-demographic and community connectivity indicators, ranging from income equality and business environment to voter participation and the population of health-insured.

Finishing in a virtual tie with Lincoln, Neb., and its neighbor Syracuse, Rochester was judged a bit less resilient than Kansas City and Lancaster, Pa., and a bit more resilient than Cheyenne, Wyo.; Winston-Salem, N.C.; and Colorado Springs. While the area scored high in health insurance coverage and metropolitan stability, it scored quite low in such areas as civic infrastructure (244th), regional affordability (170th) and business environment (165th).

That might come as a surprise to the advanced energy investors finding plenty to like in Rochester and Monroe County ... and finding it on the same land once home to the innovations of (finally) bankrupt Eastman Kodak.

As documented by Site Selection over the past decade, gradual redevelopment of former Kodak property has come in fits and starts. But today it's more about the starts.


"The marriage between the technical expertise of Rochester's work force and the promise of Natcore's budding technology is ideal," said Congresswoman Louise Slaughter, said to be instrumental in attracting Natcore to the area.

"Eastman Business Park has attracted several new clean technology companies," said Mike Alt, director of the park. "In addition to benefiting from our energy utilities, these companies are also taking advantage of our on-site analytical services, thin film development, coating technology and logistics support on their way to commercialization."

Ther Natcore facility, built and equipped with nearly $1 million, houses a special module called the AR-Box™, Natcore's intelligent LPD processing station for growing an antireflective (AR) coating on silicon wafers in the process of manufacturing solar cells. It will be the primary tool in the development and commercialization of the three types of solar cells. The SUV-sized device is a research version of the AR-Box production model, which will be fully automated and much larger.

The company's research work at Ohio State and at Rice University will be consolidated in Rochester, although Natcore will continue its funded joint research program with the Barron Group at Rice. New applications generated at Rice will be moved to the R&D Center for development and commercialization. The Columbus facility will be closed.

"We're still looking for a site and partners to develop and manufacture flexible solar cells and other applications," said Chuck Provini, Natcore's president and CEO. "Eastman Business Park is being considered, as are overseas locations. Manufacturers from China, India and Italy sent high-ranking representatives to visit us in February. Like Kodak, they all have extensive experience in manufacturing roll-to-roll photo film. The final decision in this case will rest on the availability of funding."

Ten days after cutting the ribbon in Rochester, Natcore announced the inking of a new cooperative R&D agreement with the National Renewable Energy Laboratory whereby the two will work together to reduce solar cell costs by between 2 percent and 3 percent and increase solar panel energy output from 3 percent to 10 percent over the course of a day without the aid of a solar tracking mechanism.

"We're still looking for a site and partners to develop and manufacture flexible solar cells and other applications." - Chuck Provini, Natcore

These goals would be accomplished by combining Natcore's patented LPD technology with NREL's technologies for creating a black silicon antireflective layer integrated into high-efficiency solar cells. The feasibility of the combined technologies working together has already been demonstrated in an earlier Natcore/NREL effort that produced a cell with 16.5-percent efficiency.

"Our technology will create a new American industry," said Provini. "We've been trying for two years to get financial support from the Department of Energy. This is a meaningful first step."

Last week, on April 20, another wave of energy and cleantech increased the resilience of Rochester by one more degree, as representatives of the New York Battery and Energy Technology Consortium (NY-BEST) — a statewide consortium of more than 100 battery and energy storage companies, universities and industry partners — detailed their plans to create a clean energy commercialization center at Eastman Business Park, also at Building 308.

Last December, the Finger Lakes Regional Economic Development Council announced $3.5 million in state funding for NY-BEST to establish the center, where it will provide services and access to equipment to accelerate the development and commercial viability of battery and such energy storage technologies as ultracapacitors and fuel cells.

"NY-BEST chose Eastman Business Park to establish this center because of the facility's multiple resources, including deep and strong expertise in coatings and roll-to-roll manufacturing, extensive and scaleable infrastructure and equipment, and a captive 125-megawatt power plant on-site to facilitate large-scale system testing," said Acker.

Companies using the center will be able to produce large quantities of battery-related material, incorporate material into full-scale battery cells, produce meaningful quantities of cells, incorporate the cells into packs, modules and full systems, produce test packs, modules and full systems, and use available testing equipment to provide independent validation and an array of advanced diagnostics.

"In addition to the resources and amenities in a shared facility like Eastman Business Park, the center's design calls for a "hub and spoke" mode of operation, whereby specialized resources and facilities across New York State will be made available to individuals and companies that access the center," said Alt.

If that wheel continues to roll, it just might move Rochester straight up the resilience capacity rankings. Maybe even to a point, however temporary, where there'd be nothing to bounce back from.