The Cycles To Come

Times may be tough, but nearly all executives anticipate
international project investment within the next two years. 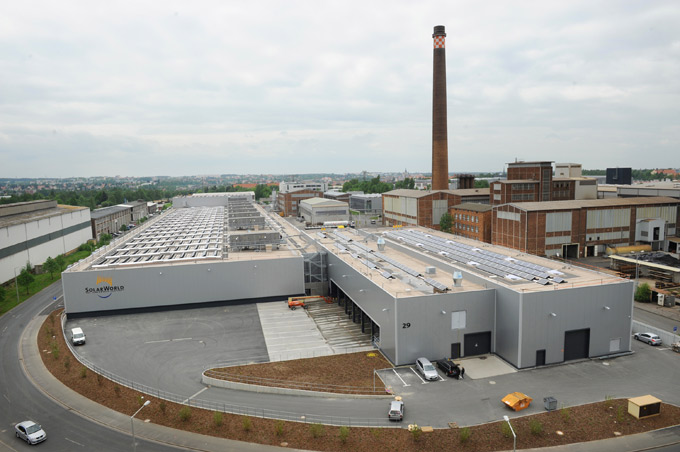 he Future of Renewable Energies 2012" — a new report from leading FDI specialist Oxford Intelligence — will be published in May 2012. Julia Cox, managing editor of Oxford Intelligence, and colleague Jonathan Sayers outline some key issues and opportunities facing this rapidly-growing industry and predict how FDI in this sector will evolve over the next five years.

While the short-term prospects for the renewable energy industry in terms of growth and expansion remain strong, longer-term prospects (beyond 24 months) face some major challenges, and as the new report uncovers, some less obvious investment location opportunities are being considered by executives within the industry.

Government policy in support of renewable energy has always been a major driver for the growth of the sector, and as the industry has grown over the past 10 years is now also the major issue concerning investors. According to Peter Lemagnen, managing director of Oxford Intelligence, "the main challenge for this sector is to move from a business model based on government support (feed-in tariffs, tax breaks and other incentives), which there is no guarantee will be maintained in the future, to a market-based model, in which companies can compete on a level basis with traditional power generation and sell at market prices".

Already solar energy manufacturers are re-assessing their commitment to certain European markets, in light of the removal of aggressive feed-in tariffs in countries such as Germany. The latest high-profile casualty of this trend has been Arizona-based First Solar Inc, which in April 2012 announced the closure of its Frankfurt plant and the loss of 2,000 jobs worldwide. However, in the longer term, Germany's decision to phase out nuclear energy will ensure that energy supply from a range of alternative technologies will be required in the country, boosting the long-term viability of alternative energy technology.

Other key issues closely related to favorable regulatory policies to support renewable energy investments are product and energy pricing and the current lack of available funding. The difficulty in raising capital could lead to an increasing number of smaller and highly-geared companies going out of business, thus helping to accelerate consolidation in the industry. 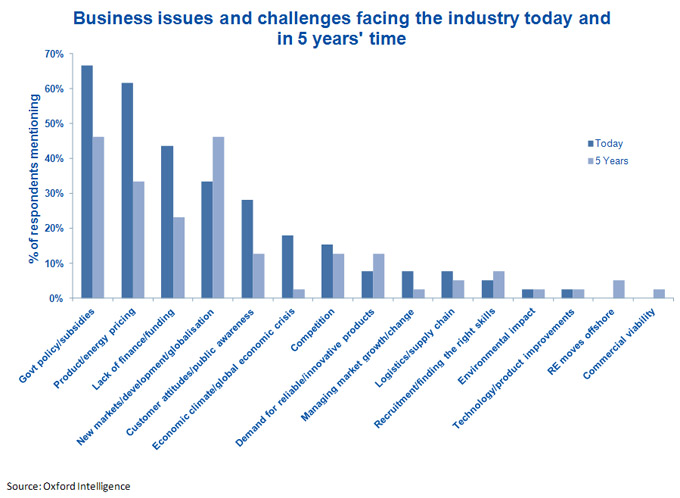 Senior industry executives interviewed as part of the survey panel for "The Future of Renewable Energies 2012" suggest further industry consolidation is inevitable, especially in the wind and solar sectors, and many companies will have to undertake mergers and acquisitions in order to achieve critical mass, to generate economies of scale and to enable more rapid and effective international expansion.

Despite the current challenging economic climate and question marks over government support and policy for the sector in world markets, renewable energy companies are clearly completely committed to continued overseas expansion. A keynote finding from "The Future of Renewable Energies 2012" is that an imive 89 percent of senior executives from renewable energy companies interviewed for the report had firm international investment plans for their companies within a two-year time frame. This represents — by far the highest level of respondents with such plans for any sector that Oxford Intelligence has encountered in its numerous industry investment studies over the past 10 years. Only three percent of companies interviewed had no investment plans through to 2014.

In terms of locations, the U.S. retains its prominence as a keynote destination for renewable energy investment. In the short term, the highest level of interest among respondents was in the USA, while interest in the U.K., India and Eastern Europe was also relatively strong, with China and Germany attracting significant interest.

"What is noticeable," Lemagnen commented, "is that markets such as Spain and Italy no longer feature as key investment locations and that industry executives singled out the about-face of government policy and the removal of financial support for the industry as key reasons for considering other locations".

Looking ahead is always more difficult, but despite the challenging economic climate and government support and policy in world markets, two-thirds of respondents exed positive investment intentions within the next five years. Of those executives who were willing to commit to plans over this longer time period, there is a less clear-cut agreement on exactly where such plans would be directed. What is clear, however, is that the USA as a potential future location drops from being a clear location of choice, to being (at a much lower level of mention) ranked alongside China and South Africa. China will undoubtedly continue to grow in importance as a location for this sector, driven by the enormous market potential, cheap production costs and steady government subsidies. This bears out policy research evaluation by Ernst & Young, which concludes that China has become the most attractive market for renewable energy development.

Coupled with the very high level of investment intention was the unusual finding (when compared to other industry sectors researched by Oxford Intelligence) that the vast majority of companies  (over two thirds) had plans for future manufacturing investment projects across the range of renewable energy technologies over the two to five year period — projects that will be major creators of employment.

A further 40 percent of respondents had plans for sales and marketing projects, while R&D operations accounted for only 15 percent. However, as Lemagnen comments, "although R&D projects were in a minority, locations aiming to attract renewable energy companies need to be able to demonstrate that there exists a good university and research partnering infrastructure as companies are increasingly looking to take advantage of such resources as part of their investment strategy." By far the most significant preferred mode of expansion was by organic growth, which was mentioned by 76 percent of respondents.

Executives were also questioned regarding previous investment projects undertaken by their companies. International investments by renewable energy companies were found to be driven by two key and closely associated factors, both of which are national rather than local. These factors are market potential and favorable support incentives/positive regulatory and legal framework. The other key drivers most frequently mentioned were more regional than national: labor skills and availability, proximity to key clients, development grants, tax rebates/incentives and transport infrastructure and logistics.

In terms of labor skills, identifying the right staff has been the number one challenge identified by Oxford Intelligence in all its previous sector reports dating back to 2002, highlighting the need for governments and development agencies to introduce better mapping of existing talent pools and having clearly developed strategies for helping companies overcome these issues.

Perhaps most strikingly, executives highlighted the wider impact they foresaw on industry location decisions. As the price of oil and related shipping continues to increase whilst product margins continue to decline, there are clear implications for international location selection decisions for components and equipment manufacturing and logistics facilities.

Most importantly — and unanimously agreed upon by all respondents — is that there will be a significant impact on the importance of geographic location, which will increase as the price of oil and related transport become more expensive. Around two-thirds of executives interviewed for the report felt that there would be increased outsourcing of parts and component manufacturing to local suppliers — although, as Lemagnen commented, "this trend amongst renewable energy executives is one that Oxford Intelligence believes is being examined by senior executives across many other manufacturing industries and does not relate only to the renewable industry."

Julia Cox is managing editor of Oxford Intelligence, and can be contacted directly at julia.cox@oxint.com. 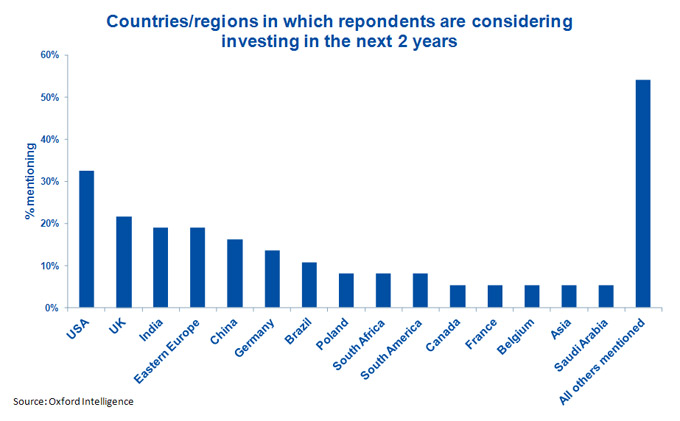 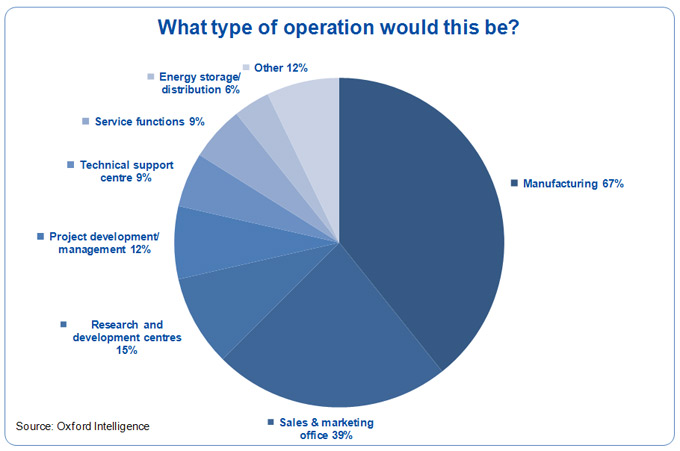