I Am the Slime

Sapphire’s Green Crude algal fuel might soon be filling a tank near you.
Photos courtesy of Sapphire Energy
by ADAM BRUNS
A 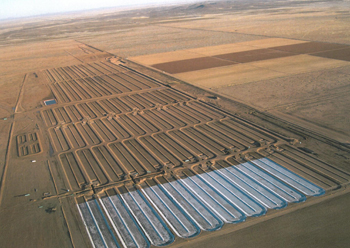 lgae are so simple they don't even technically qualify as plants. But if a bipartisan U.S. Senate committee recommendation moves forward, algae-derived biofuels can now stand tall next to their biofuels counterparts in qualifying for tax credits.

On August 2, the markup of the Family and Business Tax Cut Certainty Act of 2012 by the Senate Finance Committee emerged with $205 billion in tax cut extensions for citizens and for businesses. Among the measures are bonus depreciation and producer tax credits for cellulosic biofuels, and included in both of those is the line "The proposal also expands the definition of qualified cellulosic biofuel production to include algae-based fuel."

Reaction was swift, if not explosive, from the algae community, which is fond of touting its growth potential. A report from MarketResearch.com issued in July says the market for algae biofuels technology alone could grow from $270 million today to $1.6 billion by 2015.

"Algae-based biofuels can be made right here in the USA and work in existing engines and infrastructure, in many cases outperforming petroleum-based fuels," said Mary Rosenthal, executive director of the Algal Biomass Organization (ABO), in a statement. "This credit and its bipartisan support will help our industry accelerate the commercial production of domestic fuels and hire workers across the U.S.A. We thank Chairman Max Baucus (D-MT) and Ranking Member Orrin Hatch (R-UT) for their leadership on the Committee, and especially the efforts of Senators Bill Nelson (D-FL) and Jeff Bingaman (D-NM) for their longstanding support of the great potential of our industry." The ABO will hold its annual summit Sept. 24-27 in Denver.

Other statements of thanks came from the Advanced Biofuels Association and from BIO, as the industry also got word that same day from a separate Senate committee that advanced biofuel use by the military would continue to receive support.

A debate has since ensued over the Renewable Fuel Standard (RFS), as some want to see it waived, citing the drought hanging over much of the country.

But even as that debate sloshes back and forth, one algae company is making resolute progress.

A Jewel In the Desert

Sapphire Energy, based in San Diego, announced this week that the first phase of its Green Crude Farm, the world's first commercial demonstration algae-to-energy facility, is now operational in the Luna County town of Columbus, N.M., known for its border crossing point into Mexico.

Construction of the first phase, which began on June 1, 2011, was completed on time and on budget. When completed, the facility will produce 1.5 million gallons per year of crude oil and consist of approximately 300 acres (121 hectares) of algae cultivation ponds and processing facilities.

"By reaching this key milestone, Sapphire Energy is on target to make algae-based Green Crude a viable alternative fuel solution capable of significantly reducing the nation's need for foreign crude oil, which will serve as the blueprint for scalable algae biofuel facilities globally," said the company.

The Green Crude Farm, also known as an Integrated Algal Bio-Refinery, was funded with both private and public funds, including US$85 million in private investment from Sapphire Energy backed by a USDA loan guarantee and a $50-million grant from the US DOE. Today, the cultivation area consists of some of the largest algae ponds ever built.

Seeding began in March. Sapphire harvested its first crop in June without any system difficulties and has since harvested 21 million gallons of algae biomass totaling 81 million tons. Next, the Green Crude Farm is preparing to transition its operations to a winter variety of algae while continuous cultivation, harvest and extraction activities continue.

"Bringing our Green Crude Farm online is not only an important accomplishment for Sapphire Energy, but a critical step toward a viable alternative energy future," said Cynthia 'CJ' Warner, CEO and chairman of Sapphire Energy. "What was once a concept is now becoming a reality and model for growing algae to make a renewable crude oil for energy."

In building the Green Crude Farm, 634 full-time equivalent employees were hired throughout the entire construction phase and $16 million was directly invested with local New Mexico contractors.

Sapphire Energy will continue to conduct "shakedown" testing, as well as operate and expand farming operations over the winter, as the facility is commissioned into 2013. By the end of 2014, the Green Crude Farm will produce 100 barrels of Green Crude per day.

Sapphire has an R&D facility in Las Cruces, N.M., as well as research facilities at its home base in San Diego. In April it secured the final tranche of a $144-million Series C funding, with Monsanto among the backers. The company's recent news has included ingredients from the food sector as much as the fuel sector.

Earlier this year, Sapphire agreed to introduce Earthrise Nutritionals' spirulina strain into its growing inventory of cyanobacteria ("blue-green algae") and algae strains to expand resources for algae-to-energy production. Until now, spirulina has been used primarily for making nutraceuticals, such as dietary supplements, and food products. Last year, Sapphire entered into a long-term research partnership with Monsanto.

"Sapphire's expertise in algal research offers a novel platform that will allow us to screen and identify promising genes faster," said Robb Fraley, Monsanto's chief technology officer. "We face a common goal in looking for ways to improve upon an organism's ability to achieve greater productivity under optimal and sub-optimal environmental conditions. Together with Sapphire, we can identify genes affecting such traits in algae that might also be applied to corn, cotton, soybeans and other crops."

Algae are an excellent discovery tool because they have a similar photosynthetic process to other plants but are simple and efficient to work with, Fraley said at the time, thus enabling high-throughput research.

The stages of Congressional approval, especially in an election year, are not known for high throughput, simplicity or efficiency. But biofuels industry supporters are holding out hope on multiple fronts as decision time on pending legislation comes due.

BIO President and CEO Jim Greenwood, commenting on Aug. 24 after the Romney campaign stated its support for the RFS, said, "The Renewable Fuel Standard is the bedrock policy supporting the emergence of advanced biofuels. The United States is at a critical juncture in the development of advanced biofuels, which are poised to make a real contribution to energy independence and security. Companies across the United States have made substantial long-term investments in building new biorefineries. The first commercial gallons of cellulosic biofuels were produced this year and the first large-scale biorefineries are set to begin production soon, adding to those gallons. Additional large-scale biorefineries are under construction, with production ready to begin within the next few years.

"Stable support for the Renewable Fuel Standard at the federal level provides assurance to these companies that their investments will come to fruition," Greenwood continued. "Innovative biofuels have already brought competition among energy sources to the marketplace and lowered prices for consumers. Further, construction and operation of biorefineries will continue to generate new employment opportunities."

Sapphire is by no means alone in the world when it comes to algae-driven industrial development. In the past few years, corporate facility projects tracked by the Conway Data New Plant Database in the sector include plants from Alltech in Winchester, Ky.; Accelergy in Pittsburgh; Salensa in Ritschenhausen, Germany; and algae separation equipment maker Algaeventure Systems in Marysville, Ohio.

More generally, over 80 percent of the approximately 85 biofuel projects tracked by the database are taking shape in the United States. 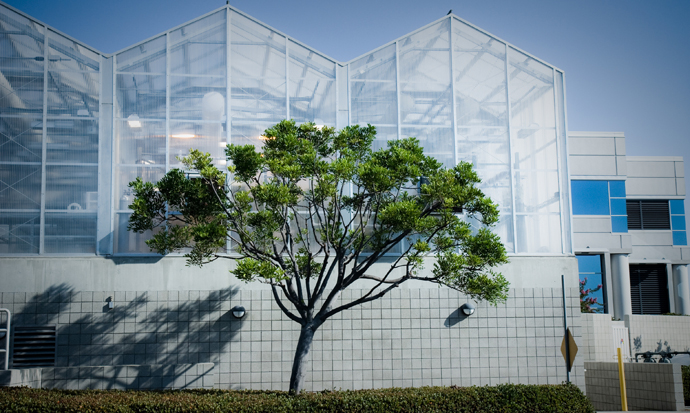