The U.S. wood pellet industry was feeling especially
chipper this fall, thanks to growing demand across the pond. 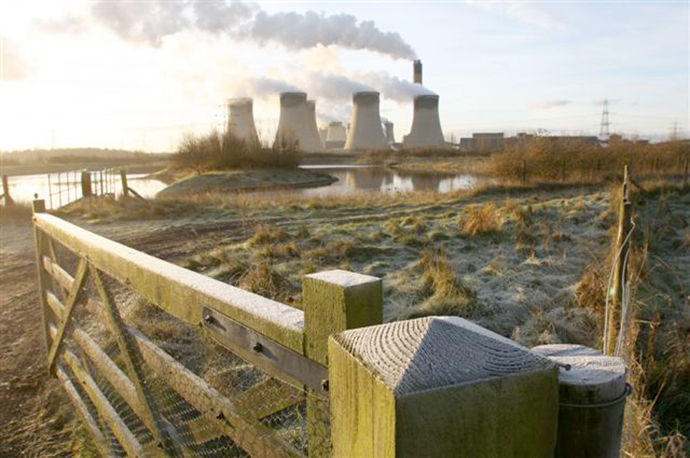 Drax intends to lower its dependence on coal at this power station in the U.K. by importing wood chips from the U.S.
Photo courtesy of Drax
by ADAM BRUNS
B 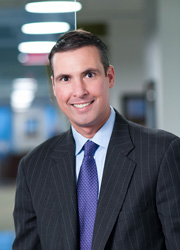 iomass projects — many of them expected to produce wood pellets for shipment to the U.K. and other European countries for power production — continue to dot the southeastern United States. Here’s a rundown of new facilities:

Drax Biomass International Inc. is a wholly-owned U.S. subsidiary of Drax Group plc, a major electricity generator in the United Kingdom with a commitment to producing renewable power. On December 13, the company announced two plants in adjoining states. In Gloster, Miss., located in Amite County, the company plans to construct a 450,000-metric-ton-per-year plant (Amite BioEnergy) that will create 45 direct jobs.

That same day, Louisiana Gov. Bobby Jindal and Drax Biomass CEO Chuck Davis announced a more than $120-million investment by the company in Louisiana, where Drax Biomass plans to build a wood pellet facility in Bastrop and a storage-and-shipping facility at the Port of Greater Baton Rouge. The project will create 63 new direct jobs, with 47 of the jobs located at the Bastrop wood pellet facility and 16 jobs at the shipping facility in Port Allen near Baton Rouge. Louisiana Economic Development (LED) estimates the project will result in an additional 143 indirect jobs in the state.

Jindal said the project was a sign of recovery from the region’s loss of International Paper’s mill in Bastrop.

With 169,000 acres of timberland as a renewable resource hub in Morehouse Parish, Drax also will draw on forestry products within a 50-mile radius of its wood pellet facility, to be located 10 miles north of Bastrop in the Beekman community. According to a release from LED, the project will tap private and industrial landowners who manage sustainable forests in the region, using logs and residual forest products that will be sized and dried before being pelletized at the Drax plant. The pellets will be further sized and conditioned for transport to the U.K. via bulk cargo ships.

For the Louisiana project, Drax Biomass also expects to generate 250 construction jobs at the peak of the yearlong building phase. Hiring will begin as the construction phase nears completion, estimated to be early in 2014.

The state began discussions with Drax in January 2012 about its plans for wood pellet facility. To secure the project, the state offered Drax a custom incentive package that will include a $1.7 million Economic Development Loan Program commitment that will not require repayment if the company meets payroll performance obligations. Drax will receive the services of work-force training program LED FastStart, and also is expected to utilize Louisiana's Quality Jobs and Industrial Tax Exemption program incentives.

Wood pellet firm Enviva announced in November that it had closed on a $120-million senior secured credit facility, the company's first corporate borrowing, and that the proceeds from the debt offering would be used to complete the construction of two new 500,000-metric-ton-per-year pellet mills, one each in Virginia and North Carolina, and to increase the storage capacity of Enviva's deep-water port terminal in Chesapeake, Virginia to approximately 100,000 metric tons.

“As demand for sustainable biomass fuels continues to increase worldwide, the midstream supply sector must continue to grow alongside, aggregating and processing fragmented wood resources into high-quality renewable fuels and storing, terminaling and delivering them reliably to our customers,” said Enviva CEO and Chairman John Keppler.

In September, Georgia Gov. Nathan Deal announced that General Biofuels Georgia, LLC will construct a wood pellet manufacturing plant in Sandersville investing $60 million and creating 35 jobs. The plant will manufacture industrial-grade wood pellets for sale to a major European utility under a long-term contract. Capacity of the plant will be approximately 440,000 tons per year. Start of production is scheduled for the first quarter of 2014.

“Sandersville is an ideal setting for our pellet production facility. The timber resources are abundant, the workforce is capable and motivated and the transportation system from Sandersville to the Port of Savannah will be tremendously advantageous. We look forward to joining the Washington County business community,” said Ruby Sahiwal, founder and chairman of General Biofuels.

Energy is one of the six industries identified for growth in Georgia. The state is No. 1 in the nation for commercial timberland, with 10 million acres of agricultural land and 24.7 million acres of forest land. The state also is home to the Herty Advanced Materials Development Center, a $150-million-dollar nonprofit research center focused on biomass commercialization.

Atlanta-based Enova Energy Group announced in September that it will build three wood pellet projects in Georgia and South Carolina in order to export to the European Union under long term contracts with public and private utilities. The facilities will each produce 450,000 metric tons for a total 1.35 million metric tons by 2014 from the facilities to be exported out of Savannah. Each project will create approximately 150 jobs during construction and an additional 70 jobs directly at each facility for a total job creation of over 450 jobs during construction and over 200 permanent jobs. The wood pellet projects are expected to cost $330 million, and Enova will meet 80 percent of that cost with debt.

“As demand for biomass has grown in Europe, Enova is ideally situated to take advantage of the vast resources of sustainable forests being grown throughout the Piedmont Region of the southeastern U.S. to help Europe meet its demand to reduce its carbon footprint,” said Zach Steele, CEO of Enova.

The company is securing additional sites with the goal of expanding to an additional 2 million metric tons of wood pellets throughout the southeastern United States.

The location provides the company with convenient access by rail to the Port of Brunswick, where Fram will export its finished wood pellets to Europe from the port’s Logistec Terminal. The Georgia Ports Authority’s board last March approved $3.7 million in structural upgrades at Colonel’s Island for roads, bridges, staging areas, rail loading/offloading areas, and fender upgrades. At Brunswick’s East River Terminal, $11 million in improvements support the export of bulk products such as peanut hull pellets, and wood pellets and chips. The GPA and terminal operator Logistec shared the cost of the upgrades, including a new conveyance system, a new fender system and dock renovations, as well as deepening existing berths.

From Aliceville to Havana

Also in September, Irvine, Calif.-based WNC & Associates, a real estate investment and development firm, announced it had collaborated with three other community development entities to provide The Westervelt Company $55.5 million in New Markets Tax Credit (NMTC) financing for the $71 million construction of an alternative energy wood pellet manufacturing facility in Aliceville, Ala.

WNC & Associates provided $6 million of the $55.5 million in NMTC allocations in its collaboration with Wells Fargo Bank, N.A., Rural Development Partners and Coastal Enterprises. WNC has also entered into a community benefits agreement, whereby The Westervelt Company will contribute $110,000 to be reinvested into the community for much needed services, such as employment training programs and programs which provide education support services for local youth; down payment assistance to low-income persons for affordable housing home ownership; weatherization of existing housing for low-income community residents; and support for local area businesses, such as farmers markets.

"The local area's poverty rate is approximately 27 percent, while according to the U.S. Bureau of Labor Statistics its unemployment rate has grown to 11.8 percent, significantly greater than the national average of 8.1 percent," said Will Cooper Jr., president, chief executive officer and director of WNC. "This facility will bring much needed economic stimulus to the area, creating approximately 800 temporary construction jobs and nearly 275 permanent jobs either directly or indirectly tied to the wood pellet manufacturing facility."

The Westervelt Company, founded in 1884 by Herbert Westervelt, is a privately held natural resources firm that owns and manages more than 500,000 acres of timberland and employs in excess of 525 people. The company will use the facility, located at 6777 Highway 17, to manufacture wood pellets used as alternative energy resources worldwide. The facility is expected to generate more than $37 million in annual revenue from the sale of the wood pellets. The local community will benefit through local taxes that can be utilized for other worthy city projects to help employ the local citizens.

Westervelt will purchase wood for its new facility from the local Southern Yellow Pine timber market, covering a 50-mile radius. The manufacturing of wood pellets is expected to significantly increase demand for timber and trucking companies in Pickens County, as well as utilize local barging operations for transportation of goods.

The financing completes a capital campaign that began in 2011 and included support from a number of local corporations and foundations. Construction of the manufacturing facility is projected to be completed summer of 2013.

But some aspects of the biomass economy are still further to the southeast. In late November, Havana Energy signed a JV agreement in Cuba to produce biomass using sugarcane refuse (bagasse) and a hardwood brush known as marabou. According to news reports, 51 percent of the company will be held by Zerus, a subsidiary of Cuban sugar monopoly Azcuba. British Ambassador to Cuba Tim Cole said it was the first JV with any EU nation in three years. Havana Energy intends to invest $50 million, and will open its plant in early 2015. 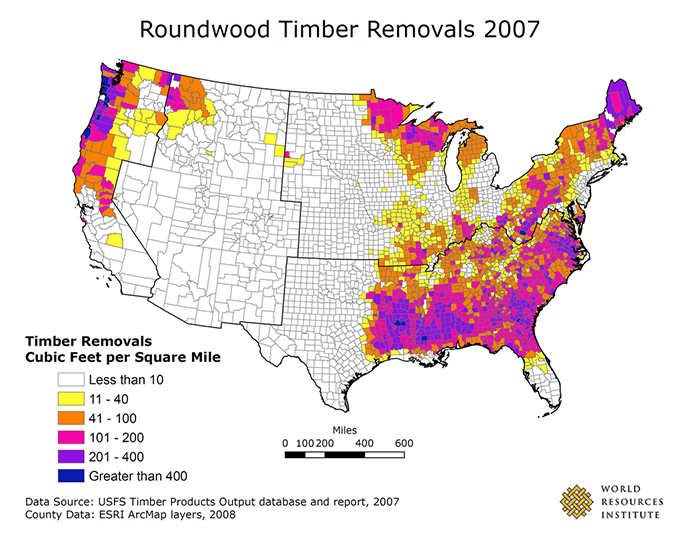 This map tells you all you need to know about why biomass companies like the wood basket of the U.S. Southeast.
Image courtesy of Southern Forests