Move over, Houston. Proximity to shale oil and gas deposits is behind a flurry of recent investments from leading equipment suppliers in regional centers around the U.S.

fter the downturn in the oil industry of 1986, which sent occupancy rates in downtown Houston to 10 percent, oil companies and their suppliers closed many offices around the U.S. They have since concentrated their facilities, operations, and functions of all types in a few locations, chiefly Houston. But, after more than 25 years, this trend is reversing to fulfill the tremendous potential of shale oil and gas. Suppliers of oil field services and equipment have been quite active recently developing new locations driven by proximity to where the equipment will be used. The three global leaders in oilfield services – Schlumberger, Baker Hughes, and Halliburton – provide examples:

Two factors unique to this industry are driving this trend.

Innovation in the Industry

The first is innovation. In fact, the entire phenomenon of shale oil and gas was itself made possible by an innovation. After George Mitchell of Mitchell Energy and Devon Energy Corp. "cracked the nut" of unconventional shale plays by developing the technique of combining horizontal drilling with hydraulic fracturing, supply chain companies have picked up the ball and are running with it.

This innovation is a critical factor, and the fact that it takes place in the U.S. is also critical. The R&D and manufacturing of much of the oil and gas supply chain grew up in the U.S. with the development of the industry and is still here. Therefore, the supply chain companies are positioned for domestic expansion. The U.S. continues to dominate the petroleum equipment industry with only a few exceptions, and one of the exceptions, tubular goods (called Oil Country Tubular Goods, or OCTG) may be re-shoring back to the U.S. Forty-five percent of all wells drilled worldwide in 2012 are expected to be drilled in the U.S., nearly double the activity expected in the country at number two on the list – China, at 23 percent.

This innovation has now moved to the regional level as development of the shale "plays" in the U.S. has progressed over the last few years. But what does this innovation look like?  Each shale play has its own unique set of geologic characteristics: depth, thickness, temperature, pressure, chemistry, compaction, consolidation and so on. As a result, developing each play will require a unique approach. Each play's unique approach will include the combination of factors, including drilling techniques, mud and cement chemistry, equipment, well design, components of hydraulic fracturing, and so on that will produce successful results. Identifying these components is an experimental process, literally a process of trial-and-error. It works like this:

The objective is always to extract the largest amount oil and gas in the most economical and environmentally friendly manner possible. When the optimum combination of factors has been determined, the specifics of future development wells can be planned.

This trial-and-error process, in which the supplier works with the operator drilling the wells, though unglamorous, is the process that sends Schlumberger, Halliburton and Baker Hughes to the top of the list of patent holders for the industry. These companies and many others in the supply chain are working to fully understand and interpret the characteristics of the shale formations, and to use that information to make their field operations as economic, efficient, and environmentally friendly as possible.

The second characteristic driving these locations is the resource-intensive nature of the industry's operations. Drilling, completing and fracturing each well requires millions of pounds of sand, millions of gallons of water, equipment, chemicals, OCTG and many other resources (the factors described above). And thousands or even millions of wells are being planned – Chesapeake has announced 25,000 wells over 20 years for Ohio's Utica Shale alone. The resource-intensive nature of the wells combined with their sheer number will drive demand for these play-specific commodities and items to explode over the next few years. The market for hydraulic fracturing, for example, is expected to grow by 19 percent in 2012 alone. Over the life of each well, multiple "frac jobs" and other operations will sustain demand for many of these products and support over the long term, mitigating the "boom and bust" phenomenon of more traditional oil and gas development.

New Locations are the Result 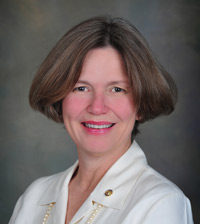 Today, still early on in this industry's development, R&D and technologies have advanced and specialized to the point that a clear need exists for a set of experts to continue the research and development for individual plays or regions. This research and innovation functionality combines with the need for logistical support of the resource-intensive operations to drive regional locations. In a time of high unemployment and sluggish economic growth, the potential for new locations and the jobs to staff them bodes well for employment and for the U.S. economy as a whole.

Charlotte Batson is owner and principal of Batson & Company, an energy and economic development consultancy. Comments and feedback may be directed to charlotte@batsonandcompany.com.