Time for a Change

Renewable energy projects on Native American lands will benefit if the U.S. Dept. of the Interior’s proposed changes to leasing regulations stay on schedule for final rules later this year. 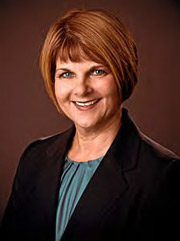 Nancy Appleby is a nationally recognized expert in real estate and project development on tribal land.

here are more than 560 federally recognized Native American tribes, residing on tribal land held in trust by the United States. The fee title to tribal land cannot be transferred without an Act of Congress and, with limited exceptions, grants of leases and permits are subject to federal oversight. Federal oversight on surface leasing of Indian lands is outlined in 25 C.F.R. Part 162.

On November 29, 2011, the Department of the Interior (DOI) published a proposed revision of Part 162, including new regulations for residential and business leasing, wind energy evaluation leases (WEELs) and wind and solar resource (WSR) leases. More than 80 public comments on the revision were submitted to DOI for review and incorporation into final regulations by mid-2012.

These are other changes in the revised rule:

Nearly all of the comments received by BIA on the proposed commercial leasing provisions were from tribes. Despite the significant changes involved, there were few comments from business and industry.

Many tribes felt the proposed rule does not go far enough to eliminate bureaucratic obstacles, arguing that BIA's review of lease negotiations is duplicative and causes unnecessary delay. However, a minority of the tribal commenters express concern about relieving federal government trustee responsibilities over Indian land. Virtually all commenters support exempting improvements to Indian lands from state or locality taxation.


While tribes generally applaud imposing time constraints on the BIA, a number suggest that BIA should not be allowed unilaterally to extend its time for action. Additionally, tribes support expanding to approval of assignments and leasehold mortgages the "deemed approval" language that now applies only to BIA inaction regarding leased amendments and subleases.

A number of commenters suggest that, while they are pleased with new provisions related to WEELs and WSR leases, commercial leases of office and retail space should be treated differently than ground leases. They also want the rule to distinguish between tribal lessors and individual Indian lessors and to give the former more flexibility and autonomy.

Other commenters note that DOI failed to reconcile Subpart D (Business Leases) and the Tribal Energy Resource Act of 2005 (25 U.S.C. §§3501-3504) and to explain the effect of new Subpart D on the Navajo Nation Business Site Leasing Regulations (which allow the Navajo Nation to approve business leases without DOI approval).

Other commenters request that DOI clarify whether Subpart D regulations apply to renewals of existing leases and to leases for power generation or transmission, or water storage and delivery. Others note that the proposed rule ignores utility and telecommunications infrastructure and that DOI should update its rights of way regulations in 25 C.F.R. Part 169 to promote energy projects.

Tribes also are concerned that the proposed rule requires too much lease application information from developers, such as a restoration and reclamation plan, environmental and archaeological reports and assessments, evidence of technical capability, a preliminary plan of development and construction schedule. Tribes worry that developers do not typically generate such documents until they have a lease in hand and that requiring them in the lease application will impede development.

Tribes also believe that they – not BIA – should determine how much due diligence a lease requires. Many tribes also request that lessee payment and performance bond requirements be eliminated, or that the bonding requirement be waived.

Comments on Subpart E (Wind and Solar Resources Leases) support eliminating performance bond and insurance requirements for WEEL leases and request flexibility in structuring security for lessee reclamation obligations. Tribes also request that reappraisals of WSR leases be done only every 10 to 20 years, particularly if the lease provides for regular inflation adjustments.

Overall, comments on proposed Part 162 were positive and appear to raise few issues that cannot be addressed in the final rule. DOI should be willing to: 1) relax the payment and performance bond, development plan and construction schedule due diligence requirements; 2) give tribes greater flexibility in negotiating and administering commercial leases and subleases; and 3) distinguish between tribal leases and leases of land owned by individual tribal members. Additionally, DOI can easily reconcile the Tribal Energy Resource Act and the Navajo Business Site Leasing Regulations, turning its immediate attention to revising Part 169.

The regulatory framework in revised Part 162 will definitely affect how land lessees do business in Indian country. If DOI stays on schedule for a final regulation by mid-2012, development of Indian lands will benefit.

Nancy J. Appleby, principal of Appleby Law PLLC, has 30-plus years of experience in Indian law and in the real estate, energy, commercial finance and project development business sectors that seek to pursue business opportunities on Native American lands. She has been selected for inclusion in such authoritative lawyer rankings as The Best Lawyers in America and Chambers USA, and may be reached at 703-837-0001 or by email at nancy@applebylawpllc.com.