or a thorough region-by-region rundown of the international oil and gas scene, you can't do much better than the year-end earnings release from technology and services giant Schlumberger. Total revenue for 2011 was US$39.54 billion, up 44 percent from 2010.

Evidence of spinoff from one of Schlumberger's chief competitors is afoot in Louisiana, where Houston Plating & Coatings is investing more than $9 million in a new 35-job facility in Scott for corrosion-protection services, including electroless-nickel plating and salt-bath phosphate and spray coatings. Oilfield service machinery will be a primary focus of the Scott facility, and Halliburton is one of the company's primary customers. The firm plans to increase employment to 120 over five years.

At left, a bus transporting workers drives inside the Niagara Tunnel. At right is an aerial view of Sir Adam Beck Generating Stations, from the northeast, with mist from Niagara Falls in the distance.
Photos courtesy of Ontario Power Generation

The 10-km. (6.2-mile) Niagara Tunnel Project in Ontario that we told you about last year has reached a milestone this month by fully lining the tunnel with concrete. The lining will ensure the smooth flow of Niagara River water to the Sir Adam Beck generating stations for the next 100 years. When complete in 2013, the tunnel will supply enough clean, renewable electricity to power 160,000 homes. More hydroelectric power will be added to Ontario's electricity system in the next eight years than over the previous 40 years.

A less auspicious update has now been reported by GreentechMedia concerning the somewhat pie-in-the-sky vision of Rubenius in Mexico. A similar fallback has occurred involving Energy Conversion Devices in Michigan and elsewhere. Read our original story about ECD's expansion in Michigan here.

When you're trying to sell sustainability to the world, you have to embody it first. CertainTeed Corp. on Jan. 13 announced that through an aggressive, highly organized approach to sustainability at its more than 60 manufacturing facilities in North America, the company has reduced energy consumption by 15 percent and water usage by 24 percent over the past four years. In addition, it has decreased the amount of waste going to landfills from its facilities by 33 percent.

During 2010 and 2011, approximately 6,000 CertainTeed employees received various types of sustainability training. By embracing new lighting technology, the company's Calgary, Buffalo and Seattle plants have increased their energy efficiency. Process reconfigurations at the Lodi, Calif.; McPherson, Kan.; and Norwood, Mass.; plants eliminated the need for pumping equipment and comors, resulting in a more than 1.3-million-kilowatt-hour energy reduction annually. In White City, Ore., the installation of rapid open and close doors eliminated the need for building heat. 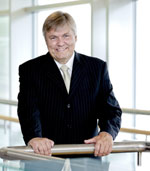 Oslo-based Det Norske Veritas and Netherlands-based KEMA will form a world-leading energy consulting, testing and certification company that can drive the worldwide transition towards a safe, reliable, efficient and clean energy ecosystem. DNV KEMA, headquartered in Arnhem, the Netherlands, will consist of all 1,800 KEMA employees and 500 employees from DNV's renewable energy and sustainability activities. "Through organic growth and acquisitions, we have built significant capacity relating to renewable and cleaner energy, such as wind and solar energy and carbon capture and storage," said DNV CEO Henrik O. Madsen (pictured). "In addition, DNV has recently developed power transmission and distribution capabilities, a field in which KEMA is already a global leader. The acquisition of 74.3 percent of KEMA's shares is a huge step towards achieving our ambitions and widens our portfolio, which includes our traditional maritime and oil & gas businesses."

Energy news in another Scandinavian territory — Minnesota — includes the early December announcement by Ohio-based Chart Industries Inc. that it will open a 100-job manufacturing facility along I-35 in Owatonna to manufacture equipment that is used to store and distribute liquefied natural gas (LNG). Chart's existing Minnesota facility in New Prague employs 415 people. In November Chart reported a 52-percent increase in third quarter sales compared with the same period in 2010. Production is set to launch this month in the Owatonna facility, formerly occupied by Viracon.

If you missed our late December report on energy infrastructure security issues, it didn't take long for the issue to surface in Washington, as U.S. Energy Secretary Steven Chu on Jan. 5 announced an initiative to further protect the electrical grid from cyber attacks. The "Electric Sector Cybersecurity Risk Management Maturity" project will leverage the insight of private industry and public sector experts to build on existing cybersecurity measures and strategies to create a more comprehensive and consistent approach to protecting the nation's energy delivery system. 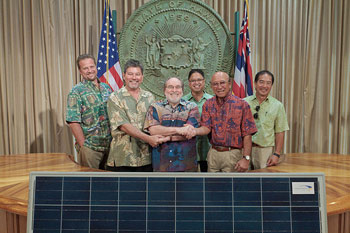 Hawai'i Gov. Neil Abercrombie and Schools Superintendent Kathryn Matayoshi announced in December that the state Department of Education (DOE) has awarded a Power Purchase Agreement (PPA) contract to install photovoltaic (PV) systems at 15 Kaua'i schools. Under the agreement, the installation of the PVs at the schools will be completed at no cost to the state. The PV installation begins this month and is expected to be completed by summer 2014. Once the solar panels are operational, the DOE will purchase power at a rate of about 16.9 cents per kilowatt-hour. This rate will rise to 28 cents per kilowatt-hour over the course of the 20-year contract period. The DOE will save an estimated $30 million over the life of the project

By entering into a PPA, the state will receive solar power without any up-front costs, and the third-party providers will be afforded a mechanism to claim tax credits. In 1997, Act 96 established a photovoltaic pilot program to set up solar PV installations in each county. The Abercrombie administration is working towards fulfilling Hawai'i Clean Energy Initiative's goal of 70 percent clean energy by 2030, through energy efficiency and the development and implementation of renewable energy sources.

Sweden's Skanska in early January started construction of Malta House, a 169,000-sq.-ft. (15,700-sq.-m.) office building that it says will be the first LEED-certified building in Poznan, Poland. It already obtained LEED pre-certification at the highest level, Platinum, due to its innovative green features for maximizing energy efficiency, light control systems and efficient use of water. It also has direct access to public transportation between the main routes to Warsaw and Katowice, and will boast a green roof offering a view over the Malta Lake, as well as access to services at the nearby shopping mall. Skanska expects to invest €29 million (US$37.7 million) and to complete construction by the third quarter of 2013.