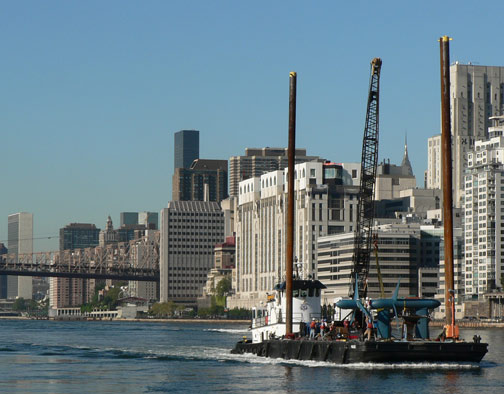 An archival photograph shows the Verdant Free Flow turbines on their way to deployment in the East River.
All images courtesy of Verdant Power

A project in the East River snares the first license from FERC. 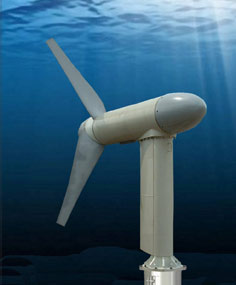 An up-close rendering of the turbine in action.

hen you think of tidal power, the first spots on the globe that come to mind might include the Bay of Fundy, the Pacific Northwest, the Severn estuary in Wales, the North Sea off the Scotland coastline or maybe the Gulf of Kutch in India.

The bottom of the East River in New York City is probably not one of them.

The pilot license issued to Verdant Power is for 10 years, which is also the time elapsed since the RITE Project was initiated in 2002.

"Issuing a pilot license for an innovative technology is a major step in the effort to help our country meet our renewable energy goals," FERC Chairman Jon Wellinghoff said. "FERC's pilot process is doing what it should: allow for exploration of new renewable technologies while protecting the environment."

Through its Canadian unit, Verdant also operates the Cornwall Ontario River Energy (CORE) project, which could ultimately generate up to 15 MW from the currents of the St Lawrence River near Cornwall, Ont. That project began in 2007 with a Phase 1 pilot demonstration.

Verdant says the RITE Project is a prime example of how its Free Flow Kinetic Hydropower System can be scaled for placement directly within a population center. The project's demonstration phase ended in 2008, two years after the company installed its first full-scale turbine into the river. Ultimately an array of six turbines was deployed, making it the world's first grid-connected array of tidal turbines.

Among the outcomes, says Verdant:

The FERC license will now allow Verdant Power to build out the RITE Project in the East Channel of the East River to a 1-MW, 30-turbine Free Flow System, and to commercially deliver the energy to local customers.

Asked how many other end users are interested, Taylor says by email, "Other interested end users are too many to count, given we are generating clean energy in New York City."

Hydrokinetic Projects Under Review by FERC 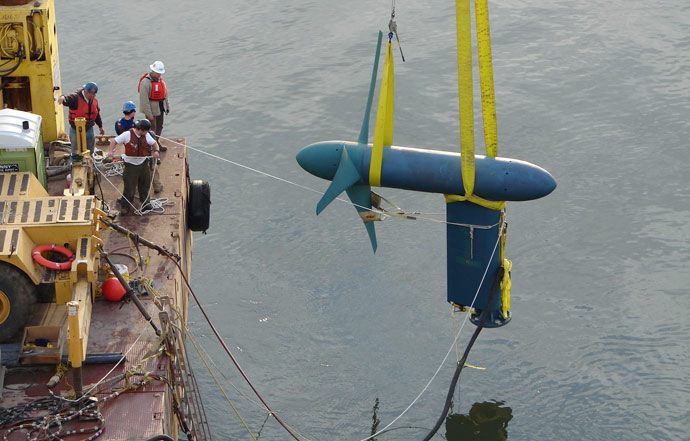 The new FERC license will permit Verdant to lower more turbines into the East River, bringing the array from six units to 30.