ant to keep up to speed with renewable energy and the U.S. Army? Bookmark the Army's Energy Initiatives Task Force.

GM's Vauxhall division in the U.K. is touting its Ampera electric car as "the first electric vehicle suitable for everyday use." But that depends on the level of your everyday compensation. The European Car of the Year 2012 starts at a price equivalent to nearly US$47,000, inclusive of the government's plug-in car grant. 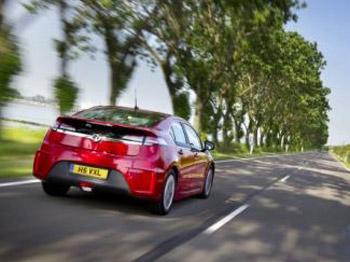 Think our gas taxes ought to be higher? Some folks at the Citizens for Tax Justice's Institute on Taxation and Economic Policy sure do.

Earlier this month Fluor Corp. announced that it has completed construction for LDK Solar's polysilicon plant in Xinyu City, China, one of the largest such production facilities in the world. Fluor provided engineering, procurement and construction management services for the plant, which produces solar-grade silicon for the photovoltaic industry.

The first of the three production lines was finished in record time to allow LDK Solar to begin initial production of photovoltaic polycrystalline silicon less than 24 months after the start of construction. Construction of the second line was completed in July 2011 with the third and final line completed in late 2011, which met LDK's schedule and budget requirements. 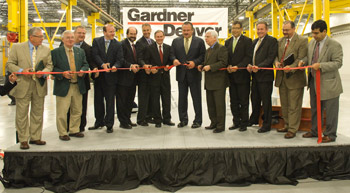 On May 10 the Altoona-Blair County Development Corp. (ABCD Corp.) and Gardner Denver dedicated the company's newly constructed 70,000-sq.-ft. (6,503-sq.-m.) pump manufacturing and remanufacturing facility in Antis Township, Blair County, Pa. The $15-million project, which also will provide on-site service and parts distribution, will create at least 40 new jobs within three years. "Gardner Denver is a great example of the potential for job creation associated with shale gas development in the commonwealth," said Sec. C. Alan Walker of the Pennsylvania Dept. of Community and Economic Development. Gardner Denver announced the project just seven months previous, and was helped by the fast-tracking work of ABCD Corp. "This newly constructed facility in the heart of the Marcellus Shale region along Interstate 99, will allow us to serve our customers with the velocity they have grown to expect from Gardner Denver," said Barry L. Pennypacker, Gardner Denver's president and CEO.

A preliminary decision calling for anti-dumping duties of up to 250 percent imposed by the U.S. Dept. of Commerce on solar products imported from China prompted SolarWorld CEO Frank Asbeck to say, "The decision by the U.S. Department of Commerce today encourages us to believe that we can return to fair competition. It is also a signal for Europe, where comparable measures need to take effect. The illegal Chinese trade practices destroy the solar market and jeopardize many jobs."

Melanie Hart, policy analyst on China energy and climate policy at the Center for American Progress, said possible retaliation from China could include bullying of U.S. companies, but called for U.S. officials to stand strong. "At the recent Strategic and Economic Dialogue meetings in Beijing, Chinese leaders promised to follow global trade rules and support rather than undermine the rules-based global trading system," she said. "Now the world will be watching to see if they uphold that promise."

NYSERDA will invest up to $5 million per site over a five-year period, with cost-sharing required, to create the centers within an appropriate organization. Institutions interested in applying for funding have until July 18, 2012, to submit their proposals, with letters due June 6. NYSERDA expects to announce the institutions selected in fall 2012. 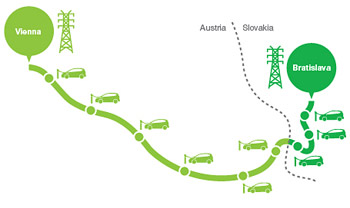 IBM announced in April it has teamed with Západoslovenská energetika, a.s. (ZSE), the largest distributor and supplier of electricity in Slovakia, on a smart energy feasibility study that will help prepare the capital city Bratislava for electric vehicles (EVs). Using e-mobility technology, the study will help identify the possibilities of connecting two neighboring metropolitan areas — Bratislava, Slovakia, and Vienna, Austria — with a "green" highway that features a network of public charging stations for electric vehicles.

This study is part of a larger pilot project - VIBRATe' (VIenna BRATislava E-mobility), a first of its kind in Central Europe, with a goal to reduce emissions with a smarter, energy efficient transportation system.

Together, the companies are investigating charging station locations for normal and rapid charging across the borders, as well as analyzing networking availability. This insight will allow ZSE to strategically place charging stations in areas that are convenient for consumers, without straining the distribution system, an issue caused by unpredictable charging across territories.

"Rising fuel prices and energy consumption are two major issues facing many cities around the world. These factors, coupled with aging roads and infrastructures, can affect city planning, local economy, and overall community satisfaction," said Guido Bartels, general manager of IBM's Global Energy and Utilities Industry. "This mobility project with ZSE tackles all of these issues. It has the potential to introduce a modern, convenient and more intelligent way for consumers to commute, which in turn may encourage more to make the shift to an electric vehicle, while reducing stress on the energy grid." 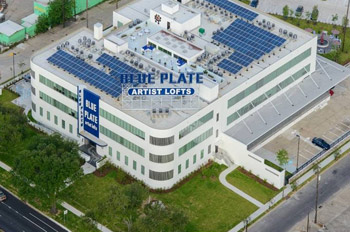 The historic Blue Plate mayonnaise factory has been converted into energy-efficient apartments for artists. Powered by a 63kW system with MAGE POWERTEC PLUS modules the tenants are enjoying reduced utility costs.
Photo courtesy of MAGE SOLAR

MAGE Group's Dublin, Ga.-based MAGE Solar unit announced earlier this month that its modules are part of an ambitious historic redevelopment project in Louisiana. Over 3,300 MAGE POWERTEC PLUS US-modules supply 1.4 GWh of power per year to six housing projects that were part of the revitalization plan. Among the converted buildings are the iconic American Can and Blue Plate buildings in New Orleans, the latter being on the National Register of Historic Places. Other segments include the city's River Garden Apartments and the Bonne Terre Apartments in Houma, with a combined 564kW of solar energy spread out over 69 individual rooftop applications and 26 parking canopies.

The project was designed, engineered and executed by Pontchartrain Mechanical of New Orleans. The project's developer was HRI Properties. Funding for the project was made possible through the American Recovery and Reinvestment Act and the EmPower Louisiana initiative administered by the Louisiana Department of Natural Resources. Net metering arrangements have been made with the local electric utilities.