eneral Motors recently moved closer to doubling its global solar output with the addition of an 8.15-MW solar array (pictured) on the rooftop of the Opel Rüsselsheim facility in Germany. The array — one of the largest in Europe — is equivalent to the area of 32 soccer fields.

“When we announced last year our plans to double our global solar power output by the end of 2015, we had large projects like this in mind,” said Mike Robinson, GM vice president, Sustainability and Global Regulatory Affairs. “And it is because of this type of progress that we are committed to increasing renewable energy use to 125 megawatts by 2020.”

Combined with the other European installations in GM’s solar footprint in Kaiserslautern, Germany, and Zaragoza, Spain, GM will be capable of producing 19.1 million kilowatt hours of electricity. The solar electricity produced at Rüsselsheim feeds directly into the grid of the plant and is used in vehicle production. Excess solar power is fed into the public grid of Stadtwerke Mainz, a leading energy provider in Germany. 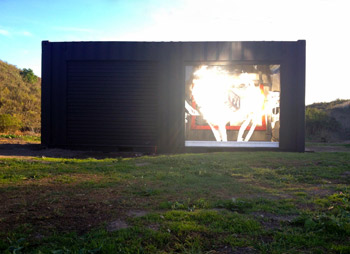 A LightManufacturing heliostat in action

Each LightManufacturing H1 heliostat, made with metalized plastic on an aluminum frame, delivers over 2000 watts of heat or over 230,000 lumens of light energy to a target. Multiple H1s can be combined into even more potent arrays. LightManufacturing claims the H1 is the most powerful heliostat available on the market, and that it offers the lowest cost per delivered watt or lumen. Applications include simple day-lighting of dark rooms through windows, more advanced 'piped' light systems that bring light to interior rooms, greenhouse warming, steam generation for distributed heating, ice melting and parking lot maintenance, and many others. Customers range from individual homeowners to large multi-story facilities.

Why is LEED certification not for everyone? Because some developers want to think beyond it, says this Wall Street Journal account of The Durst Organization’s new building project in New York City.

On Sept. 5, Renault presented the Vatican with two electric vehicles made especially to meet the mobility needs of the Pope. The vehicles were handed over on Wednesday, September 5, to His Holiness Benedict XVI by Renault’s Chairman and CEO Carlos Ghosn during a visit to the Pope’s summer residence in Castel Gandolfo. “The two vehicles see Renault put its experience as automobile manufacturer and leader of the electric vehicle sector at the service of the sustainable development message of the Vatican and His Holiness Benedict XVI,” said the company. “Recognized as particularly attentive to environmental issues, the Pope has frequently underlined the need for sustainable development to safeguard Creation.” 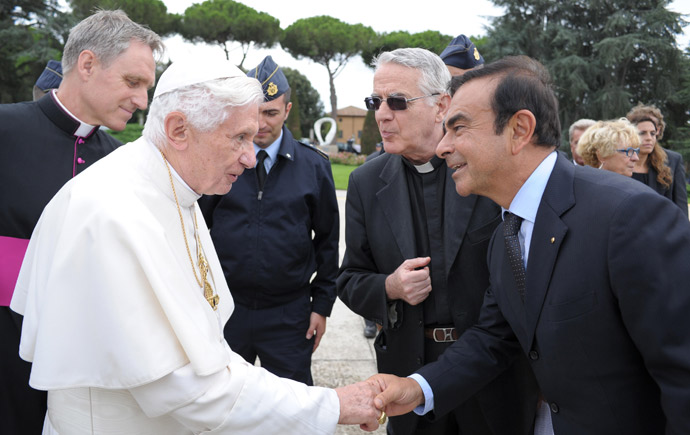 At the occasion of the presentation of Kangoo Z.E. to the Pope Benedict XVI and Carlos Ghosn, with Father Ganswein and Father Lombardi
Photo courtesy of Renault

The New York Times provides a compelling update on how the waning days of the Production Tax Credit are affecting the U.S. wind industry. Read John McCurry’s report in our July 2012 issue to hear what wind energy company leaders had to say.

Our recently published ranking of the Top Utilities in economic development provides some exclusive insights into the positive economic development side of the recently closed merger of Duke Energy and Progress Energy. For the most detailed account to date of the rockier route trod by those two entities’ leaders, you can’t beat this account by Bloomberg. For more on a utility iconoclast, see Ron Starner’s 2009 interview of Jim Rogers.

West Houston’s Energy Corridor just keeps humming along. On Sept. 13, Transwestern announced the land acquisition and immediate construction commencement on Westgate (rendering pictured), a three-building, 660,000-sq.-ft. (61,314-sq.-m.) Class A office project with extensive frontage on the north side of I-10.

InsideClimate News published this recent piece about corporations pursuing emissions reductions even if Congress is not. 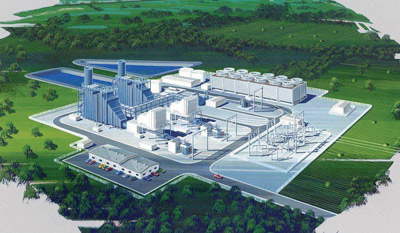 On Sept. 18, Panda Power Funds announced that its affiliate Panda Sherman Power, LLC had successfully completed the financing on its planned 758-MW natural gas-fueled, combined-cycle power plant in Sherman, Texas. The company will immediately start construction on the 204-acre site and expects commercial operations to begin by the end of 2014.

Panda Power Funds selected a turn-key consortium of Bechtel and Siemens Energy Inc. to build the generation facility (rendering below). Goldman Sachs and Credit Suisse arranged the senior debt financing for the plant. Ares Capital was the documentation agent. The transaction marks only the second time in six years that a capital-intensive, greenfield construction project has been financed with a term loan. The other financing was for Panda’s 758-MW Temple, Texas generating station which occurred in July of this year.

Panda said the project “has been strategically sited in an area that will serve one of the fastest growing regions of the United States. According to the U.S. Census Bureau’s latest data, eight of the 15 fastest growing cities in the United States are located in Texas. Of these cities, five are located in North Texas. Similarly, the North Texas Council of Governments has projected that the North Texas area will swell from the current population of 6.6 million to more than 9 million people by 2030. This equates to an additional 930,000 homes, 640 new schools, 40 new hospitals, 340 new neighborhood retail centers and 56 million square feet of new office space.”

“Companies looking to relocate to our area must know they’ll have a dependable supply of electricity to power their factories and places of business,” said Sherman Mayor Bill Magers. “It’s really quite simple — power equals growth.”