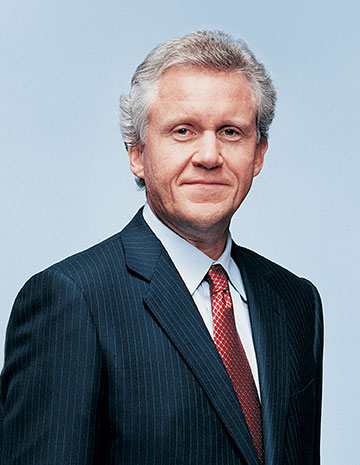 GE this week announced it will build a new global research center in Oklahoma City focused on technologies for the oil and gas sector. GE Chairman and CEO Jeff Immelt explains why the $110-million, 125-job project makes sense.

The 43rd Earth Day happens April 22, which prompted the U.S. Census Bureau to share the following energy-related facts, among others:

2.3 million: Estimated number of occupied housing units across the country heated by wood in 2011, which is more than 2.0 percent of all homes.

40,063: Estimated number of occupied housing units across the country totally heated by solar energy in 2011.

57.0 million: Estimated number of occupied housing units across the country heated by utility gas in 2011, which is about half of all homes.

88%: Estimated percent of newly built single-family homes across the country with air-conditioning in 2011. In 1974, it was 48 percent.

32.2 minutes: Estimated average time for workers age 16 and older in Maryland spent getting to work in 2011, the longest commute time in the nation.

16.9 minutes: Estimated average time workers age 16 and older in North Dakota and South Dakota spent getting to work in 2011, tied for the shortest one-way commute time in the nation.

A $400-million refinery in the works since 2002 on tribal land under the auspices of the Three Affiliated Tribes of the Mandan, Hidatsa and Arikara nations is scheduled for a groundbreaking soon, following the Nov. awarding of an interior construction contract and the October approval by U.S. Secretary of the Interior Ken Salazar. Of more immediate interest in the area might be these eight pages of job opportunities in the oilfields as of April 1. 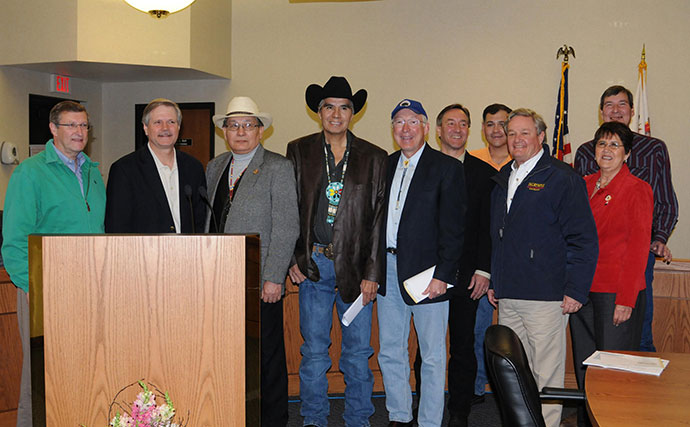 Secretary Salazar, North Dakota Governor Jack Dalrymple, Senators Conrad and Hoeven and Congressman Berg met with Chairman Tex G. Hall and other leaders of the Three Affiliated Tribes of the Fort Berthold Reservation in April 2012. The reservation's partnership with Interior's Bureau of Indian Affairs has spurred oil production and generated massive increases in royalty revenues for the tribal government and individual land owners.
Photo courtesy of DOI, Tami A. Heilemann-Office of Communications

Speaking of the DOI, on March 20 the department held a nearly 39-million-acre oil and gas lease sale for the Central Gulf of Mexico that drew $1,214,675,536 in high bids for tracts on the U.S. Outer Continental Shelf (OCS) offshore Louisiana, Mississippi and Alabama. A total of 52 offshore energy companies submitted 407 bids on 320 tracts, covering more than 1,722,191.42 acres. The sum of all bids received totaled $1,595,397,446. Interior's Bureau of Ocean Energy Management (BOEM) i estimates the areas available for sale could result in the production of up to 890 million barrels of oil, and 3.9 trillion cubic feet of natural gas. Here's where you can access the latest OCS Gulf of Mexico leasing data as of April 1.

And speaking of the ocean: What are methane hydrates, and how might they dwarf shale gas when it comes to future energy sources? This story serves as a layman's introduction. 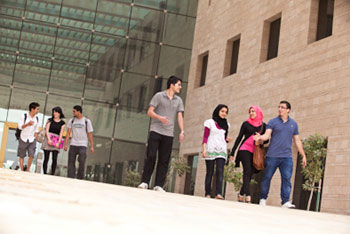 The first foreign installation of Intelliface, a sustainable resource and energy management system from New Jersey-based Quality Attributes Software (QAS), will be performed in Qatar, QAS announced in March. Thirteen IntelliFace systems will be installed in buildings in Education City, located on the outskirts of Doha, and three others will be installed in other Doha facilities. "We are confident these projects will open up a multitude of opportunities with the Qatar Foundation, as well as with other projects the country is planning," said Nico Willis, president of QAS.

The graphic presentations from Intelliface present an x-ray view of the energy flow of the building, measuring the energy usage for optimum analysis and management. The system also provides analysis of energy and resource performance, identifying trends as well as issues needing to be addressed. With geographic flexibility, monitoring multiple buildings at one or even several locations around the world is easily done. IntelliFace provides a detailed dashboard that can be configured with a variety of data presentations depending on the audience. Each display can track energy and resource use as well as renewables such as solar and wind. Intelliface also uses a tool called the GreenTouchscreen that is designed to educate occupants, raise their awareness and influence behavior.

On Feb. 28, the California Public Utilities Commission (CPUC) expanded and modified the California Solar Initiative (CSI)-Thermal Program to provide incentives to process heat applications, solar cooling technologies, space heating technologies and systems that combine multiple applications. The CPUC also modified the way rebates are paid to certain systems under the program by creating a performance-based incentive system that will pay rebates based on actual metered energy delivered to the facility. Under the decision: 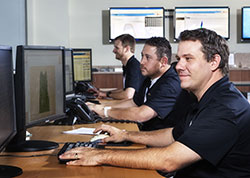 SunEdison, a solar energy services provider and a subsidiary of MEMC Electronic Materials, Inc., just announced a global milestone in the company's solar operations as it now has more than 1 gigawatt (GW) of global solar PV assets under the management of its Renewable Operations Centers (ROCs). The facilities managed by the ROCs include a mix of plants that are owned by SunEdison and its investment partners, as well as third parties who have come to SunEdison to utilize its advanced services platform. SunEdison operates three ROCs providing 24/7 services year round, configured with redundancy to prevent disruption of service.

Is a TIF for a wind farm area a good idea? Some in central Iowa think so. And some don't. 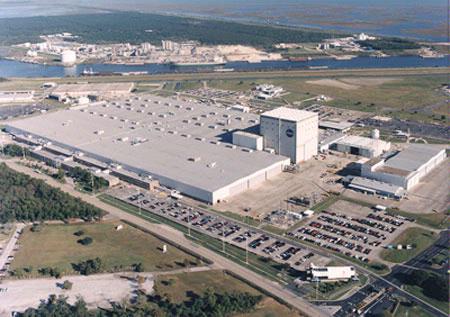 On March 12, Louisiana Gov. Bobby Jindal and Lockheed Martin IS & GS-Defense President Gerry Fasano announced Lockheed Martin will make a $3-million capital investment at NASA's Michoud Assembly Facility to manufacture cryogenic tanks for liquefied natural gas. The LNG tanks, which initially will be used for ship propulsion, are part of Lockheed Martin's increased emphasis on converting defense technology to commercial applications. The project will create 166 new direct jobs with an average salary of $42,000 a year, plus benefits. Lockheed Martin will initially produce tanks to fuel the propulsion systems for oceangoing vessels. Long-term plans call for the company to manufacture tanks to meet the needs of shipping by land, rail and sea, as well as for land-based storage of LNG. At the Michoud facility in New Orleans, Lockheed Martin also will develop Ocean Thermal Energy Conversion heat exchangers – a maritime sustainable energy project – as part of a slate of new technologies planned at the NASA manufacturing site.

To secure the project, the state will provide the company with Louisiana's Competitive Projects Payroll Incentive, which will entail a payroll rebate of up to 12 percent for eligible jobs in the advanced manufacturing industry. Lockheed Martin will receive the services of LED FastStart® and the company is also expected to utilize the Industrial Tax Exemption Program. The first phase of the project is expected to begin with the installation of equipment in December 2013. In the future, Lockheed Martin will pursue additional advanced manufacturing projects at the Michoud facility, where it has long assembled major components of NASA's space systems.