Putting the Pieces in Place

California's SolarReserve has its sights set on sites around the globe. 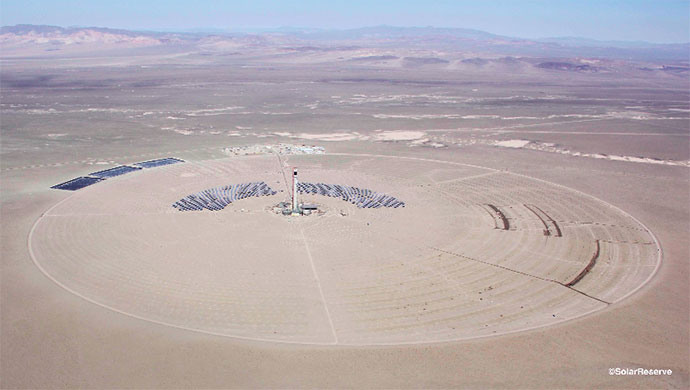 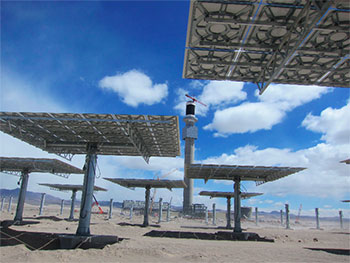 Crescent Dunes will be the nation's first commercial-scale solar power tower facility with energy storage, and the largest power plant of its kind in the world.
Kevin Smith, CEO, SolarReserve

hen the 100-MW Quartzsite Solar Project in La Paz County, Ariz., received US Dept. of Interior approval on June 3, it was just the latest in a series of projects around the world for the large-scale solar developer.

Proposed by its subsidiary Quartzsite Solar Energy, LLC, the project will use concentrating solar "power tower" technology to drive steam turbine generators with heliostats on 1,600 acres of lands managed by the Bureau of Land Management (BLM). The project will employ dry-cooling technology, which requires a fraction of the water needed for wet-cooling. The project is expected to create 438 jobs during peak construction and 47 full-time operations and maintenance jobs. When operational, the facility will generate enough clean power to meet the needs of an estimated 30,000 homes.

In April, SolarReserve announced completion of the assembly of the molten salt receiver panels that sit on top of the 540-ft. solar power tower for its 110-MW Crescent Dunes Solar Energy Plant located near Tonopah, Nev. Crescent Dunes will be the nation’s first commercial-scale solar power tower facility with energy storage, and the largest power plant of its kind in the world.

"With more than 450 construction workers currently on site, the project is on course to bring American innovation to fruition," said Kevin Smith, CEO of SolarReserve, the Santa Monica-based firm whose team members have assembled a worldwide portfolio of projects comprsing 5,000 MW. "The energy storage capability of this technology solves the problem of intermittency typical of other renewable energy sources. Additionally, because of it high efficiency, this technology can generate almost twice as much energy as a comparably sized solar facility, including facilities powered by photovoltaic panels or by a direct steam tower."

The molten salt "receiver" is actually comprised of panels formed by hundreds of special alloy tubes which will be flowing with molten salt for energy absorption and storage. Once complete, the project will be capable of storing 10 hours of full load electricity production, enough to power 75,000 homes at peak electric demand periods, even after dark.

The project — jointly owned by SolarReserve, engineering and construction firm ACS Cobra Group and financial services firm Santander Group — closed financing and initiated construction in September of 2011 and is scheduled to complete construction and start plant commissioning at the end of 2013, including first electricity production by the end of the year. The Crescent Dunes project has secured a 25-year power purchase agreement with NV Energy to sell 100 percent of the electricity output of the facility to serve homes across Nevada.

Construction is expected to peak at more than 600 jobs on site during the 30-month construction period and is estimated to create more than 4,300 direct, indirect and induced jobs at companies throughout the U.S. that provide engineering, equipment supply and manufacturing, transportation and other value-added services. To date, orders for the project have been placed for equipment and services in more than 21 states. Once operational, the project will expend more than $10 million per year in salaries and operating costs, and is forecasted to generate $73 million in total tax revenues through the first 20 years of operation.

In addition to its market leading solar thermal technology, SolarReserve also designs and develops large- scale photovoltaic power facilities. In November of 2012, the company closed financing and started construction on two 75-MW photovoltaic projects located in South Africa. The projects — the Lesedi and Letsatsi projects in Northern Cape and Free State, respectively — will jointly cost approximately $586 million, making them two of the largest project finance transactions ever completed in South Africa and among the largest renewable energy projects on the entire continent.

In late May, SolarReserve; the Kensani Group, an experienced empowerment investment player in South Africa; and Intikon Energy, a South African developer of renewable energy projects, closed project financing for the Jasper Solar Energy Project, a 96-MW PV project. The Jasper Project, located in the Northern Cape of South Africa near the town of Kimberly, was selected by the South Africa Department of Energy (DOE) in May of 2012 in the second round of bids under the South Africa Renewable Energy Independent Power Producer Procurement Program (REIPPPP).

Upon completion, the Jasper Project will be one of the largest solar installations on the continent and will help South Africa meet its renewable energy targets, stimulate long-term economic development, create jobs and power more than 30,000 South African homes. The project also marks Google’s first renewable energy investment in Africa. South Africa had the highest growth in clean energy in the world in 2012, making it a prime destination for continuing clean energy investment.

The Jasper project has executed a 20-year power purchase agreement with Eskom, the South African power utility. The project cost of approximately ZAR2.3 billion (US$260 million) will make this one of the single largest PV projects in Africa. The Jasper project is located adjacent to the 75 MW Lesedi Solar Energy Project, which broke ground in February 2013. The Jasper and Lesedi Projects, along with the Letsatsi Project located near Bloemfontein, put the consortium’s total portfolio of successful solar projects at 244 MW, accounting for a 20-percent share of South Africa’s solar energy market.

"The South Africa government’s advanced energy projects are allowing the country to quickly become a model for not only the rest of the continent, but for the world," said Smith.

In April SolarReserve announced the company’s international expansion into the Latin American region through the opening of its office in Santiago, Chile. The company is pursuing both large-scale concentrated solar power (CSP) and photovoltaic (PV) projects, with a special emphasis towards opportunities in the mining sector. 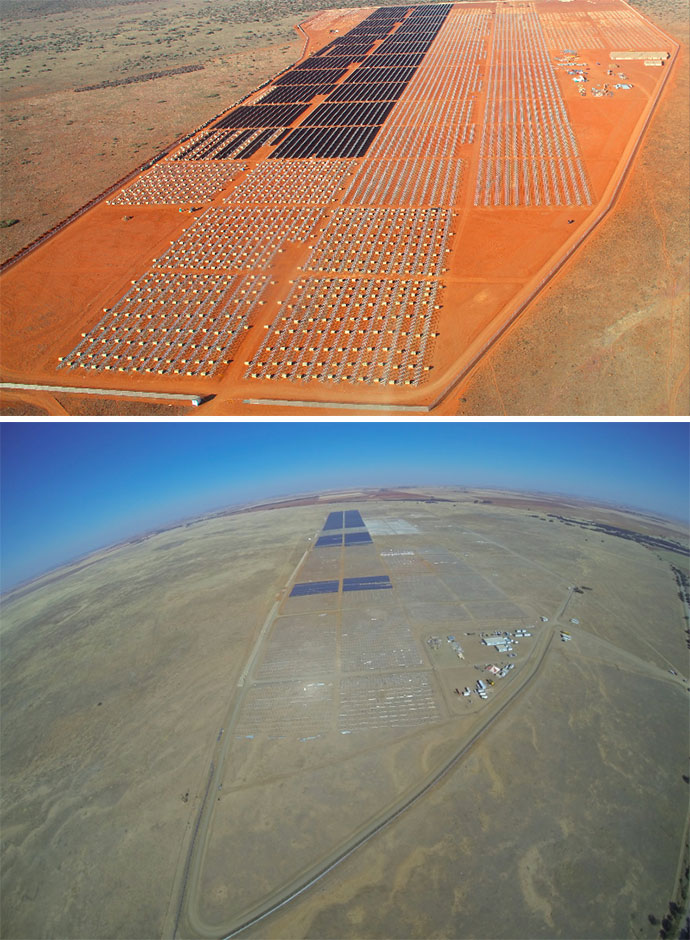 SolarReserve and its consortium partners closed financing in Nov. 2012 and broke ground early this year on the combined $586-million investment in PV projects at Lesedi (top) and Letsatsi in South Africa.