Another looming tax credit deadline causes some wind
power projects to hesitate and others to blow right by them. 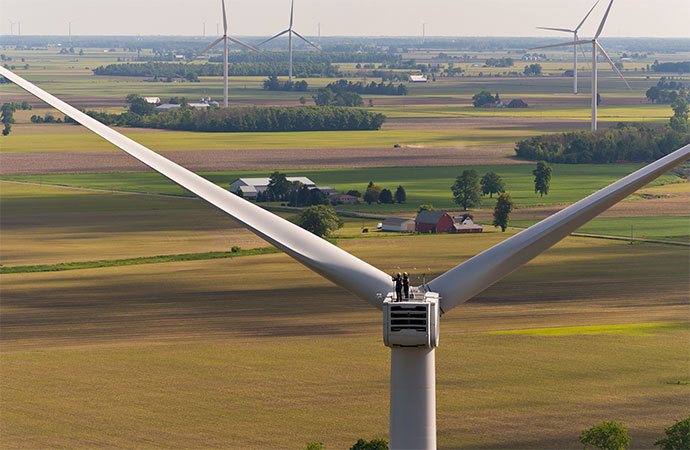 Exelon's Beebe Renewable Energy Wind Project near Ithaca, Mich., went into commercial operation in December 2012. The 81.6-MW project, developed by turbine maker Nordex, comprises 34 turbines. In July Nordex confirmed it had received an order from Exelon for 19 more turbines for phase two of the project.
Photo courtesy of Nordex
by ADAM BRUNS
L

ast week the US Dept. of Energy released two new reports showcasing record growth across the U.S. wind power market. According to the DOE, in 2012 wind energy became the number one source of new U.S. electricity generation capacity for the first time - representing 43 percent of all new electric additions and accounting for $25 billion in U.S. investment.

"The tremendous growth in the U.S. wind industry over the past few years underscores the importance of consistent policy that ensures America remains a leader in clean energy innovation," said recently confirmed Energy Secretary Ernest Moniz.

According to industry estimates, the wind sector employs over 80,000 American workers, including workers at manufacturing facilities up and down the supply chain, as well as engineers and construction workers who build wind installations.

One of the new reports, "2012 Wind Technologies Market Report" from DOE and Lawrence Berkeley National Laboratory, tracked over 13 gigawatts (GW) of new wind power capacity added to the U.S. grid in 2012 - nearly double the wind capacity deployed in 2011. Total US wind power capacity surpassed 60 GW at the end of 2012, representing enough capacity to power more than 15 million homes each year, or as many homes as in California and Washington state combined. The country's cumulative installed wind energy capacity has increased more than 22-fold since 2000.

At the same time, says the report, the proportion of wind turbine components such as towers, blades, and gears made in America has increased dramatically. The report estimates 72 percent of the wind turbine equipment installed in the U.S. last year was made by domestic manufacturers, nearly tripling from 25 percent in 2006-2007.

Nine states now rely on wind power for more than 12 percent of their total annual electricity consumption, and wind power in Iowa, South Dakota and Kansas contributes more than 20 percent. Texas added over 1,800 megawatts of wind power last year, more than any other state. On a cumulative basis, Texas remains a clear leader with over 12 GW installed at the end of 2012, more than twice as much as California, the next-highest state.

Seventy-two percent of the wind turbine equipment installed in the U.S. last year was made by domestic manufacturers, nearly tripling from 25 percent in 2006-2007.

The report also stated that, since 1998, the average capacity of wind turbines in the U.S. has increased by 170 percent. At the same time, wind project capital and maintenance costs continue to decline. "The price of wind under long-term power purchase contracts signed in 2011 and 2012 averaged 4 cents per kilowatt hour," said the report, "making wind competitive with a range of wholesale electricity prices seen in 2012."

On Site and On Point

A separate report from DOE and Pacific Northwest National Laboratory, "2012 Market Report on Wind Technologies in Distributed Applications," focused on distributed wind energy installations directly supply power to the local grid near homes, farms, businesses and communities– helping to improve grid reliability and efficiency. Turbines used in these applications can range in size from a few hundred watts to multi-megawatts, and can help power remote, off-grid homes and farms as well as local schools and manufacturing facilities. Over the past 10 years, the U.S. distributed wind market has grown more than five-fold. 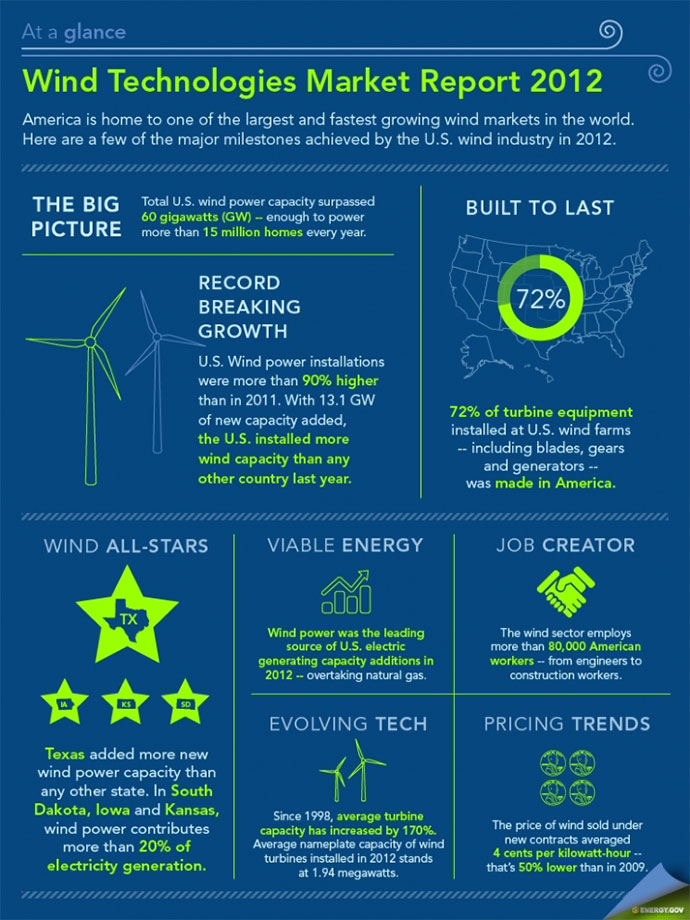 The report finds that distributed wind in the US reached a 10-year cumulative installed capacity of more than 812 megawatts (MW) at the end of 2012, representing more than 69,000 units across all 50 states. Between 2011 and 2012, US distributed wind capacity grew by 175 MW, with about 80 percent of this growth coming from utility-scale installations. At the state level, Iowa, Massachusetts, California and Wisconsin led the nation in new distributed wind power capacity in 2012.

Still, most distributed wind buyers continue to choose small wind turbines, which have a rated capacity of no greater than 100 kilowatts. Last year, domestic sales from U.S. wind suppliers accounted for nearly 90 percent of new small wind generation capacity. Broadly, nine out of the top ten wind turbine models installed last year in U.S. distributed applications were made in America.

The 2012 Wind Technologies Market Report expects 2013 to be a slow year for new capacity additions, due in part to continued policy uncertainty and project development timelines. While the report notes that 2014 is expected to be more robust, as developers commission projects that will begin construction in 2013, it also notes that projections for 2015 and beyond are much less certain.

However, such uncertainty is not stopping leaders such as Minneapolis-based Xcel Energy from moving forward. Already the country's top wind energy provider, Xcel on July 30 proposed to significantly expand its wind power production to reduce customer costs, protect against rising and volatile fuel prices, and benefit the environment. The company said the move is made possible by extremely competitive prices and the extended federal Production Tax Credit. Late last year Congress extended the PTC to projects that begin significant construction activities by the end of 2013. Xcel Energy supported the PTC extension and also supports the Consumer Renewable Credit, a proposed tax credit that would provide low-cost federal support of continued, cost-effective wind development such as the projects proposed in today's filing.

"Wind energy is a valuable, low-cost substitute for natural gas and other fuels right now," said Ben Fowke, chairman, president and CEO. "These projects will lower customer costs by at least $800 million over their lives and will provide a valuable hedge to rising and volatile fuel prices for well into the future."

The company has submitted to state regulators throughout its service area proposals to purchase at least 1,500 megawatts of wind resources, a 30 percent increase in overall wind capacity. The wind power expansion, along with previous conservation, renewable energy and power plant improvement projects, also puts Xcel Energy on track to reduce its carbon emissions by 28 million tons, or more than 31 percent by 2020.

If the projects are approved, the company expects that more than 20 percent of its total energy mix will be supplied by wind. Xcel Energy is seeking approval of the following projects from state regulators throughout its service territories:

If approved by regulators, construction on the projects will begin immediately in order to qualify for the federal renewable energy tax credits. All projects are scheduled to be in service by the beginning of 2016. 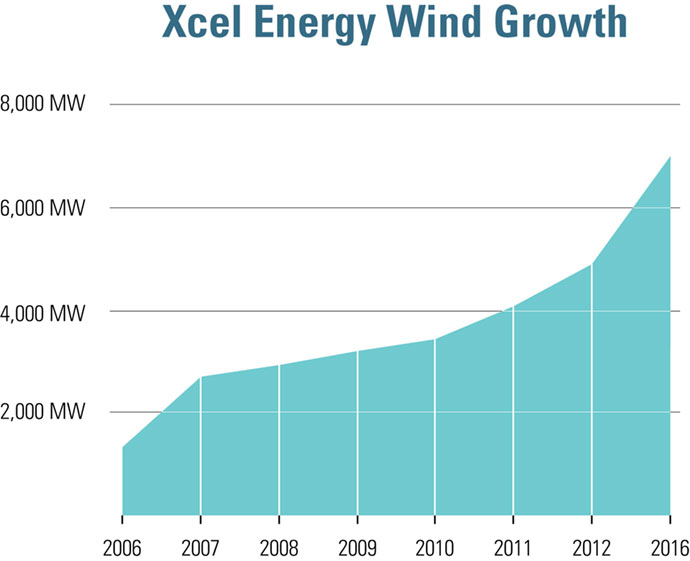