A glimpse of the latest landmark to grace Abu Dhabi's skyline. 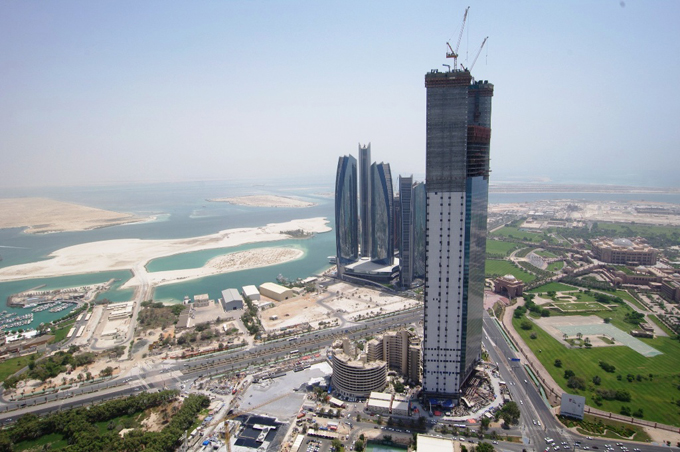 Rising 74 stories, the Abu Dhabi National Oil Company’s (ADNOC) headquarters will create a new landmark in a city known for its distinctive skyline. The 1.9 million-sq.-ft. (175,300-sq.-m.) building was designed by global design/architectural/engineering firm HOK and is expected to be completed by Jan. 2015.
Photos courtesy of HOK
by ADAM BRUNS
T 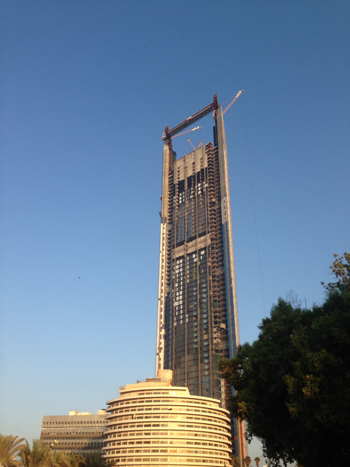 he United Arab Emirates last month won the right to host World Expo 2020, beating out Yekaterinburg, Russia; Izmir, Turkey; and São Paulo, Brazil. It will be the first World Expo located in the Middle East, and will build on the theme "Connecting Minds, Creating the Future."

The Emirates have been doing that for some time already, and design firm HOK is in the thick of it. The firm is leading the design team that formed the Expo master plan that won the vote from the Bureau International des Expositions in Paris. The 1,082-acre (438-hectare) Expo site is equidistant between Dubai and Abu Dhabi, near the new Al Maktoum International Airport and Jebel Ali Port.

"Located on one of Abu Dhabi’s most prominent urban sites, the tower will create a new city landmark while articulating ADNOC’s role as one of the world’s most dynamic, influential petroleum companies," says HOK. "The proximity of the Emirates Palace Hotel adds to the site’s exclusivity, with the tower serving as the primary view for VIPs and patrons at the Emirates Palace complex.

The structure’s design maximizes views of the Arabian Gulf and takes advantage of the site’s prime location through careful massing of the tower and placement of the surrounding courts, plazas and landscape.

To maximize flexibility, offices are organized with a modular approach that is interchangeable and repeatable. The tower’s north-south orientation minimizes the ground-level footprint, leaving ample room, says HOK, for landscaped amenity space.

Extending south of the tower structure, the three-level rectangular podium houses employee service retail space, the service loading area, a heritage museum, and the main lobby and circulation space. The roof of the rectangular podium extends south across the access road to connect to a new mosque.

In October, construction management giant Hill International announced it had received a $13.3-million contract extension to continue providing project management consultancy services for the new headquarters complex. The complex, which includes a total built-up area of approximately 190,000 sq. m. (2 million sq. ft.), is expected to be complete by January 2015.

ADNOC was established in 1971 to operate in all areas of the oil and gas industry and since then has steadily broadened its activity, establishing 14 companies and subsidiaries and creating an integrated oil and gas industry in Abu Dhabi. Today, the company manages and oversees oil production of more than 2.7 million barrels a day, which ranks it among the top 10 oil and gas companies in the world.

It may rise further in those ranks: The company disclosed at a conference in November it would invest up to $14 billion to boost oil production by 28 percent at the Upper Zakum oil field, which has an estimated 50 billion barrels and is producing at the rate of 585,000 barrels per day (bpd) currently. Officials say that rate could reach 1 million bpd by 2024. 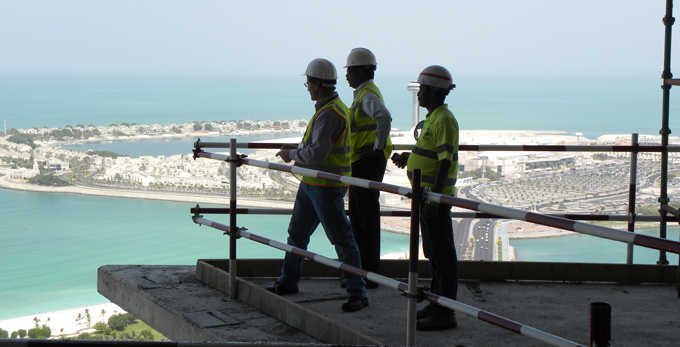