A cluster of industrial complexes returns from the brink. 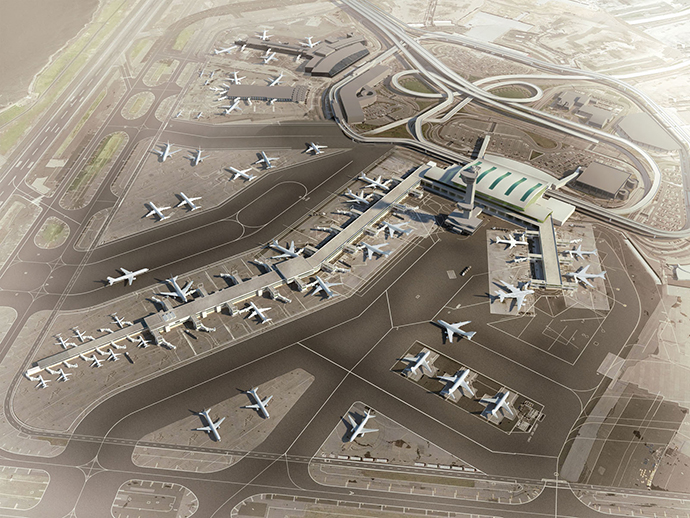 Delta’s refinery will send fuel to, among other places, its new Terminal 4 at JFK in New York. Earlier this month, the airline announced an additional $180-million expansion and technology investment at the hub, in addition to the initial $1.2-billion investment in the new terminal, which is expected to open this spring.
Image courtesy of Delta
By Ann Moline and Adam Bruns
G 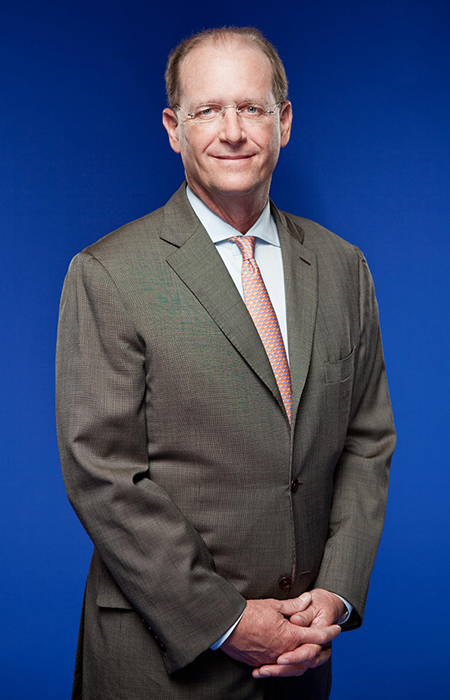 Delta CEO Richard Anderson called the refinery agreement “a modest investment” equivalent to the purchase of a widebody aircraft.
Photo courtesy of Delta

reater Philadelphia's refining industry is experiencing a rebirth. It's a remarkable turnaround for an industry that seemed to be on the rocks only 18 months ago. Three massive refineries were on the verge of shutdown, victims of the rapidly rising costs of importing and refining foreign oil in outmoded, inefficient facilities.

Today, things couldn't be more different. Two of the three facilities are receiving a massive financial infusion and a new lease on life. Delta Airlines is investing in a $350-million upgrade of the Trainer refinery to process light sweet crude coming from North Dakota's Bakken Shale formation, a move that will give the company access to cheaper jet fuel. And Sunoco and The Carlyle Group are renovating a 146-year-old Philadelphia petroleum refinery to prepare for a future built on the Marcellus Shale.

In 2011, Sunoco announced its intention to idle its Marcus Hook and Philadelphia refineries and shortly after, ConocoPhillips announced its refinery operations in Trainer Borough would be immediately closed. The idling of the facilities would have resulted in the loss of more than 1,800 direct jobs, and, according to state projections, more than 15,000 indirect jobs that relied on the active operation of the three southeast refineries.

For several months, the administration of Gov. Tom Corbett coordinated with federal, state and local officials to work with both ConocoPhillips and Delta Airlines' subsidiary, Monroe Energy, to facilitate a deal. In addition to state support of the project, Delaware County committed to contributing $1 million to extend a pipeline to connect directly to the Philadelphia International Airport.

Delta's deal was unveiled last April, when subsidiary Monroe Energy reached agreement with Phillips 66 to acquire the Trainer refinery complex south of Philadelphia. Monroe will enter into strategic sourcing and marketing agreements with BP and Phillips 66. The acquisition includes pipelines and transportation assets that will provide access to the delivery network for jet fuel reaching Delta's operations throughout the Northeast, including its hubs at LaGuardia and JFK, where the airline this month announced a further $180-million investment on top of its $1.2-billion hub expansion already under way.

After receipt of $30 million in state government assistance for job creation and infrastructure improvement from the Commonwealth of Pennsylvania, Monroe's investment to acquire the refinery will be $150 million, and Monroe will spend $100 million to convert the existing infrastructure to maximize jet fuel production. Production at the refinery combined with multi-year agreements to exchange gasoline, diesel, and other refined products from the refinery for jet fuel will provide 80 percent of Delta's jet fuel needs in the United States.

"Acquiring the Trainer refinery is an innovative approach to managing our largest expense," said Delta CEO Richard Anderson last spring. "This modest investment, the equivalent of the list price of a new widebody aircraft, will allow Delta to reduce its fuel expense by $300 million annually and ensure jet fuel availability in the Northeast."

"We are also pleased to partner with Governor Corbett and the Commonwealth of Pennsylvania, the Pennsylvania Congressional delegation, and Delaware County to create jobs and economic growth for the region while generating substantial fuel savings for Delta," said Ed Bastian, Delta's president.

Monroe Energy is now producing jet fuel at the facility and the majority of the workers have been rehired.

The future of the Marcus Hook Industrial Complex also was in question. According to a state release earlier this month, the Delaware County Council invested in an economic feasibility study to determine the potential options for reuse of the Sunoco Marcus Industrial Complex. "The study identified seven primary reuse options, five of which were energy-based options," said the state. "Through building a strong partnership, in July 2012, Braskem America announced its acquisition of the propylene splitter assets at Sunoco's Marcus Hook refinery. In late September 2012, Sunoco Logistics Partners announced it would move forward with Mariner East, a pipeline project to transport approximately 70,000 barrels per day of ethane and propane from western Pennsylvania to its Marcus Hook refinery."

Earlier this month, the inaugural C. Alan Walker Award for Public-Private Partnership was presented to the Delaware County Council, Marcus Hook Borough and Trainer Borough, recognizing their support of state efforts to secure hundreds of jobs in the Philadelphia region.

"Public and private partnerships are vital to the economic growth of the commonwealth," Department of Community and Economic Development Deputy Secretary Clyde "Champ" Holman said upon presenting the award. "I cannot think of a better example of county and local governments, and private industry working together to preserve jobs and open new doors to future economic growth."

When ‘In the Pipeline' Means Exactly That

Critical to the success of these refineries is efficient, cost-effective transport of input and output. That's where Enbridge comes in. Already one of North America's biggest players in the oil transport industry, Enbridge is expanding its reach eastward, linking its rail facility in Berthold, N.D., with Philadelphia-area refineries in anticipation of increased East Coast refinery demand.

Bakken crude will travel by rail through Chicago and eastward to Philadelphia, where it will be offloaded to Delaware River barges for delivery. The company is re-purposing decommissioned coal storage facilities at Exelon's Eddystone power plant to enable the process.

"This is a first for us, moving Bakken crude into the Northeast market," says Tom Raptis, director of Enbridge's Eddystone Rail project. "We go where our customers want us to, and clearly, there's a shift towards more demand in the Northeastern refineries."

Enbridge is investing $68 million in the project, which also gives them a foothold in a promising region as Marcellus Shale producers increase their output and require more transportation services. Raptis also doesn't rule out a future that might include exporting U.S. oil through the Port of Philadelphia.

"We're like the airline for crude," Raptis says. "It all depends on where our customers want us to bring oil." 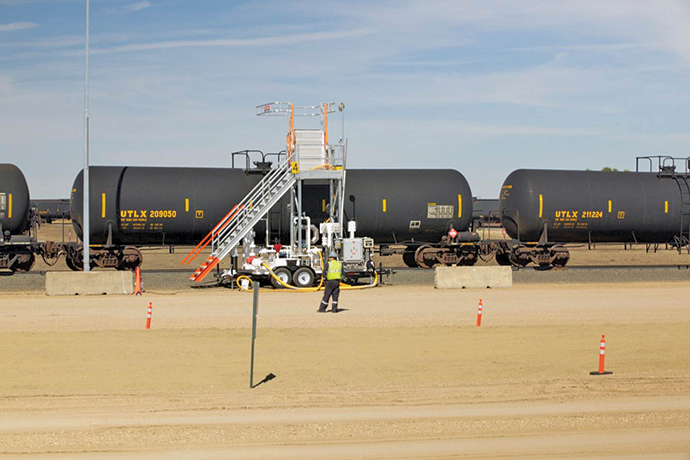 Enbridge will move oil from this facility in Berthold, N.D., to resurgent Philadelphia-area refineries.
Photo courtesy of Enbridge