A new report documents the continuing influence of a 35-year-old national laboratory on Colorado’s economy. 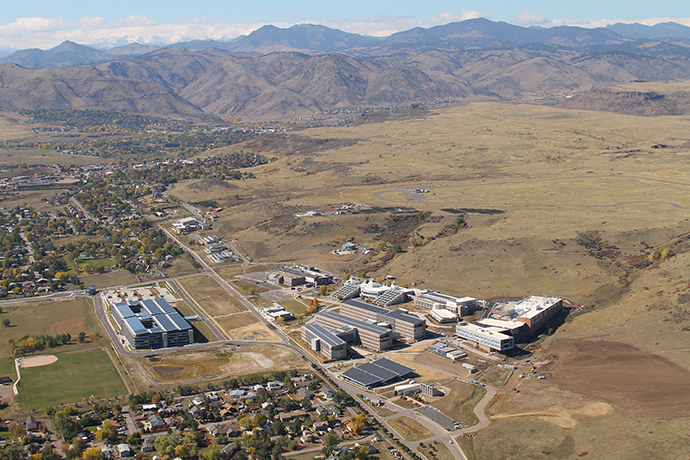 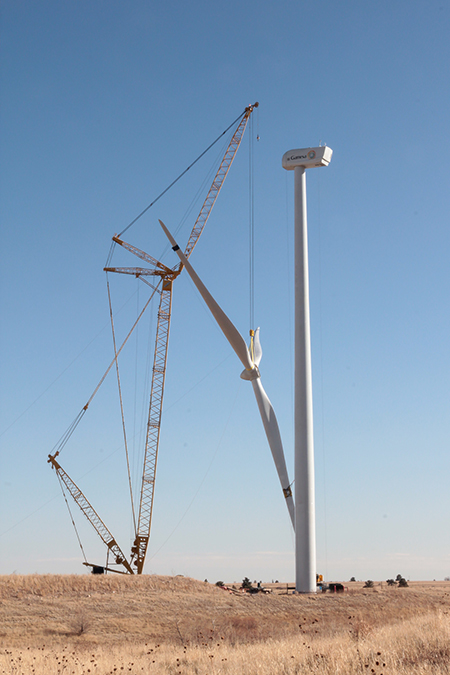 Earlier this month, workers tended to the construction of a Gamesa wind turbine and nacelle at NREL’s 305-acre (123-hectare) National Wind Technology Center near Boulder.

"It is one of the happy incidents of the federal system that a single courageous State may, if its citizens choose, serve as a laboratory; and try novel social and economic experiments without risk to the rest of the country." — Justice Louis Brandeis, 1932

Colorado might be known right now for experimenting with the legalization of a certain plant with hallucinogenic properties. But the experiments taking place on 632 acres (255 hectares) of property in Golden and Boulder for the past 35 years yield very real and tangible results.

Last Friday, a study by the University of Colorado's Leeds School of Business revealed that the net economic benefit of the U.S. Department of Energy's National Renewable Energy Laboratory (NREL) to Colorado's economy was $814.8 million in fiscal year 2012. Jefferson County, where NREL's main 327-acre (132-hectare) Table Mesa campus in Golden is located and where half of NREL's employees live, enjoyed the greatest economic impact, with $274.6 million.

The Alliance for Sustainable Energy, LLC, a joint venture of Battelle and MRIGlobal which manages and operates NREL for the U.S. Department of Energy, asked the Business Research Division of the Leeds School of Business at CU to measure objectively the economic and fiscal impacts of the lab for FY 2012. (The complete study is online at http://www.nrel.gov/news/pdfs/nrel_report_january_2013.pdf.)

Construction expenditures at the NREL campus in FY 2012 increased 7.4 percent from FY 2011, totaling $113 million. NREL completed construction work on the last phase of its Research Support Facility, which houses more than 1,300 employees and is one of the world's most energy-efficient large office buildings, demonstrating the capability to produce as much energy as it uses on an annual basis. In FY 2012, NREL also completed an 1,800-car-capacity parking garage, with solar panels on the roof; and the Energy Systems Integration Facility, where utilities and other companies test the effect of increased renewable energy on the electric grid.

The Research Support Facility on NREL's campus in Golden in November 2012 earned its second LEED-Platinum designation for new construction for its $39-million expansion project. In the months between the finish of the initial RSF in 2010 and the start of the expansion wing, NREL's Advanced Commercial Buildings Research team worked with the design-build team and identified strategies to reduce energy use in the 138,000-sq.-ft. (12,820-sq.-m.) RSF expansion by an additional 17 percent.

In 2013, the Laboratory will conclude a multi-year expansion of the South Table Mountain campus, which will provide new research capabilities needed to help meet the nation's clean energy challenges.

The table below lists NREL's annual funding in millions of dollars per fiscal year.

Total salary compensation for NREL's employees was $192.7 million in 2012, down 3.1 percent from 2011. Of the staff, 68 percent were involved in core research and development — occupations such as engineers, scientists, analysts, postdoctoral researchers and IT professionals. Sixty-six countries are represented on staff, as are 2,600 college degrees.

The study's authors looked at several factors: economic benefits, public costs, capital expenditures, operating expenditures, and secondary or multiplier effects in coming up with the final economic impact number. Among the findings:

"The presence of a national laboratory in Colorado and Jefferson County stands for more than just the economic impact from the jobs on the campus," said an NREL release. "It enriches the education of the students who visit the campus and enhances educational opportunities at schools in the area. While the CU study presents important measures of economic impact, it does not capture the downstream benefits such as technology transfer, commercialization, the creation of new businesses and the spark to imaginations of students who want to work toward a cleaner energy future." 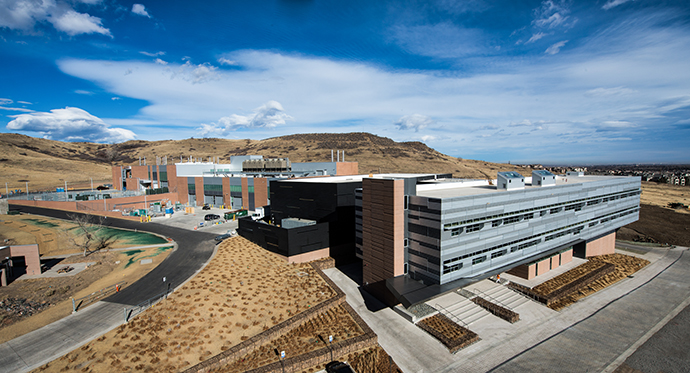 Completed in September 2012, the Energy Systems Integration Facility (ESIF) on the NREL campus provides laboratory and office space for approximately 200 NREL researchers and support staff. The 182,500-sq.-ft. (16,954-sq.-m.) building houses research to overcome challenges related to the interconnection of distributed energy systems and the integration of renewable energy technologies into the electricity grid.