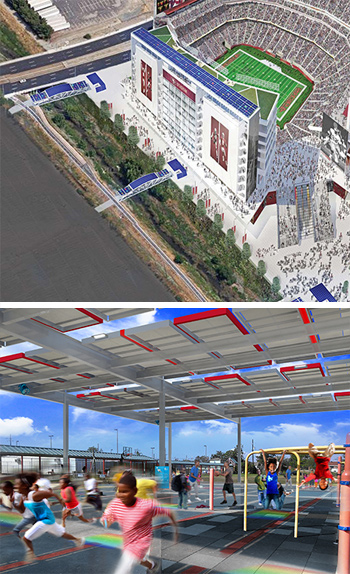 Are You Ready For Some Solar?

Even football stadiums are progressive in California, where NRG Energy, the Santa Clara Stadium Authority and the San Francisco 49ers announced in January that the team’s new $1.2-billion stadium, now under construction, wouild become the first professional football stadium to open with LEED certification, and feature such elements as three solar array-covered bridges, a solar canopy above the green roof on the suite tower portion of the stadium and solar panels over the team’s training center.

In February, a playground of another kind got support from NRG, as it dedicated a PV installation and opened the NRG Playground at the Dr. Martin Luther King, Jr. Charter School for Science and Technology in New Orleans. The project’s 397 solar panels will provide 112 kilowatts of power, enough to handle one-third of the school’s peak electricity demand.

ExxonMobil's Ken Cohen, vice president of public and government affairs, shares the company's comments and his own about whether or not oil and gas is reviving manufacturing in the U.S., and whether exports do the same. His "Perspectives" blog tackles other topics too. But if you want some equal time, you can't do much better (or worse) than ExxonHatesYourChildren.com – being run by three organizations targeting the more than $10 billion per year the U.S. government spends in fossil fuel subsidies. According to a press release issued on Valentine's Day, Fox News was pressured by Exxon to pull the ad from running in its scheduled spot during the network's broadcast of President Obama's "State of the Union" address. 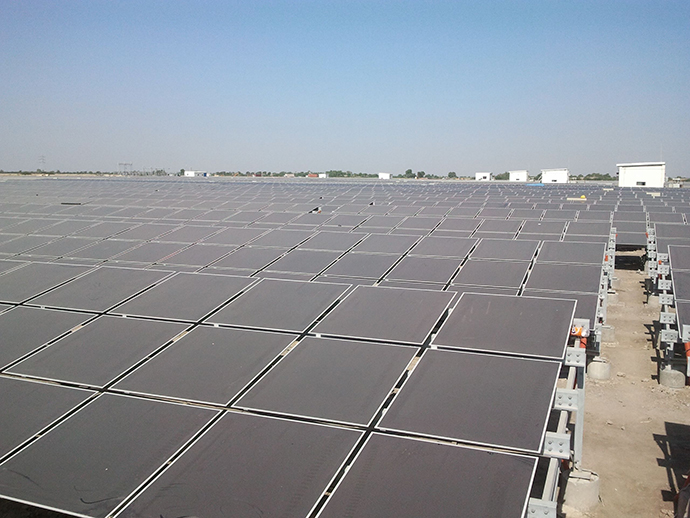 T-Solar has expanded its operations in India with a €34-million investment in this solar farm in Gujarat.

Google’s “Solve For <X>” event held earlier this month included this compelling presentation by Danielle Fong about her solution for renewable energy storage.

Changes to government energy policy and weak demand for electricity will weigh on the performance of German utilities' power generation arms for the next three to five years, Fitch Ratings says in a report issued earlier this month.

National Renewable Energy Laboratory Director Dan Arvizu and a blue-ribbon panel of 20 energy experts said Feb. 7 that the United States can double its energy productivity by 2030 — and do so in ways that bolster the nation's economy. Here's the full report. 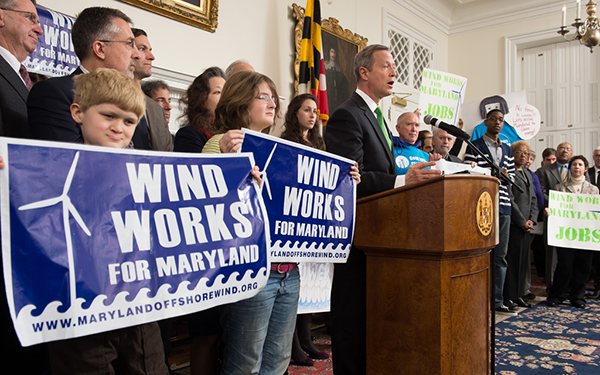 Heard about the misuse of DOE funds by a Korean battery maker that was supposed to be building a new plant in Michigan? Here's the report of the DOE's Office of Inspector General, led by Gregory H. Friedman. 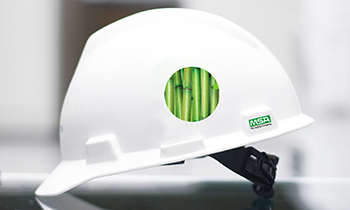 Looking to reduce the carbon footprint of your construction activity? Pittsburgh-based safety equipment manufacturer MSA, the largest producer of industrial hard hats in North America and other regions of the world, earlier this month unveiled the new MSA V-Gard GRN (for green) Hard Hat (pictured), which the company said is the first industrial safety product produced from nearly 100-percent renewable resources. Developed and manufactured by MSA in Brazil, the product is made of high-density polyethylene (HDPE). However, unlike traditional hard hats, the HDPE in the MSA V-Gard GRN model is sourced entirely from sugarcane. "By developing a hard hat sourced from sugar, we have reduced the overall carbon footprint that's associated with the entire life-cycle of this particular product, from start to finish," said Eric Beck, MSA's global director of strategic marketing. "Environmental sustainability is more important than ever today, and our development of a sustainable hard hat provides MSA customers with yet another way to demonstrate their commitment to preserving the planet."

The Associated Press fills us in on the waste disposal problems of solar energy product manufacturers.