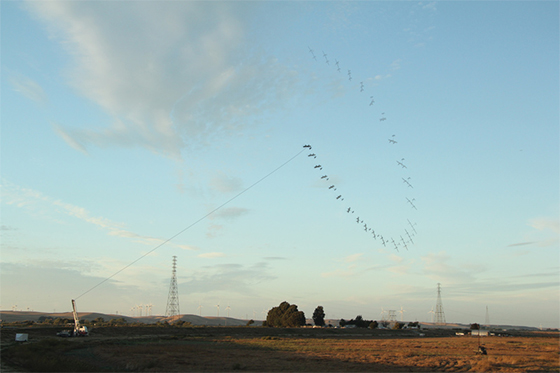 If you've ever held on to a parafoil kite in action, then you know the energy it can capture. California-based Makani Power, just acquired by Google, is taking kite power to a whole new level 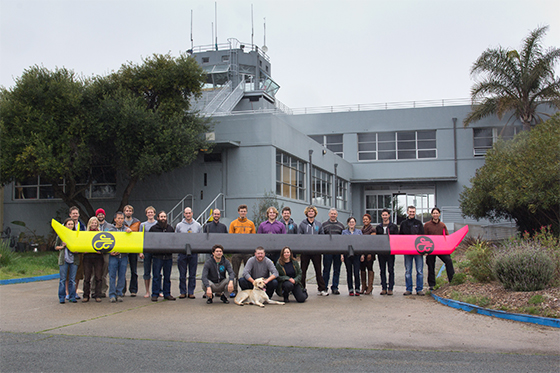 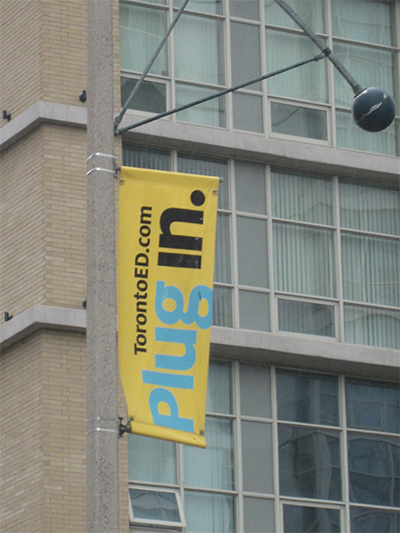 Ontario is now accepting project applications for the next round of the $50-million Smart Grid Fund program, seeking innovative smart grid projects in the categories of "Capacity Building" and "Demonstration" from both established and start-up companies. U.S. firms are welcome to compete so long as they meet the eligibility requirements or partner with a firm who does. After the first round backed nine projects, this round of funding will support advanced energy technology projects, such as energy storage and electric vehicle integration. Ontario just completed the province-wide $1 billion roll-out of 4.7 million smart meters, one of the largest deployments in North America, and is in the midst of investments in smart grid infrastructure totaling nearly $2 billion.

"We have a real opportunity to build one of the most advanced electricity grids in the world," says Bob Chiarelli, Ontario's minister of energy. The province will hold an informational seminar on Wednesday, July 10. The deadline is Sept. 6.

Ah, but before you go buying that latest EV model, examine the new peer-reviewed report published July 1 by IEEE Spectrum. Written by "Green Illusions" author Ozzie Zehner, "Unclean at Any Speed" finds that the recent billions spent on subsidies for the Tesla, Nissan Leaf, and other electric cars may actually be doing more harm than good after considering full electric vehicle lifecycles. According to a release, Zehner was once an electric car enthusiast but has since changed his position. "Upon closer consideration, moving from petroleum-fueled vehicles to electric cars starts to appear tantamount to shifting from one brand of cigarettes to another," he writes. 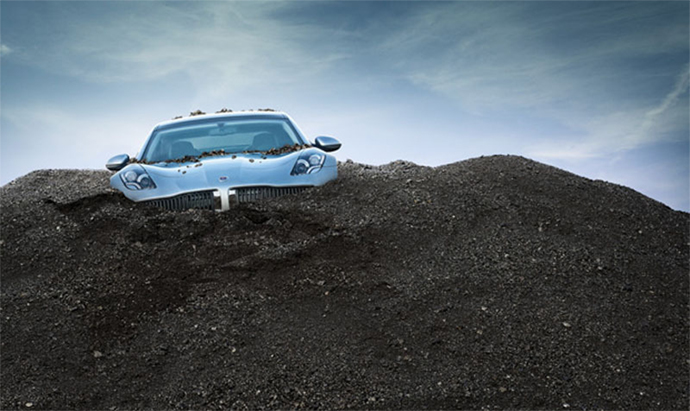 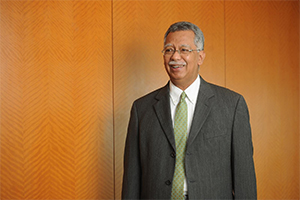 Malaysian giant Petronas on June 25 held a steel-cutting ceremony for the hull of its first Floating Liquefied Natural Gas (FLNG) facility at the Daewoo Shipbuilding & Marine Engineering (DSME) shipyard in Okpo, South Korea. The steel-cutting event signifies a major milestone for the project, the world's first, to proceed to its construction phase to meet its commissioning schedule in 2015. Petronas signed the engineering, procurement, construction, installation and commissioning contract for the project with the Technip and DSME consortium in June 2012. The floating LNG facility will be located in Malaysia's Kanowit gas field, 180 km. (112 miles) offshore Sarawak and will have the capacity to produce 1.2 million metric tons per year of LNG per year. The DSME shipyard site hosts no less than 4 million sq. m. of production area. 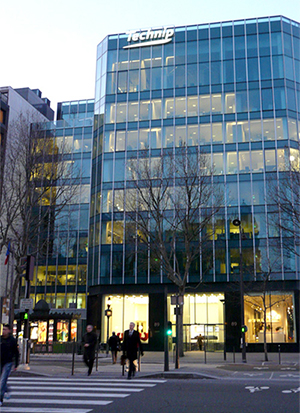 Technip, whose Paris headquarters is pictured above, is a world leader in project management, engineering and construction for the energy industry, employing 36,500 people in 48 countries (and at numerous offshore sites).
Photo courtesy of Technip

Technip in early June inaugurated a new Innovation and Technology Center near Paris on what it called "a unique site" in Rueil-Malmaison. The center brings together more than 50 managers and specialists of subsea technologies necessary to the development of underwater oil and gas fields.

The American Council for an Energy-Efficient Economy just issued its first annual assessment of 15 national indicators. The full white paper is titled "Energy Efficiency: Is the United States Improving?" The ACEEE also just released its "Miscellaneous Energy Loads in Buildings" report, which found that devices and equipment commonly used in US homes and businesses such as icemakers, computers, TVs and ceiling fans use 7.8 quadrillion Btus a year … more than the primary energy use of Mexico, Australia, New Zealand, or 200 other countries, and more than the amount of oil that the U.S. imports from the Persian Gulf and Venezuela each year.

The DESERTEC vision of building renewable energy plants across the deserts of North Africa and the Middle East (below) is still alive, but its founding entity has quit the Dii industrial consortium that's supposed to turn that vision to reality. 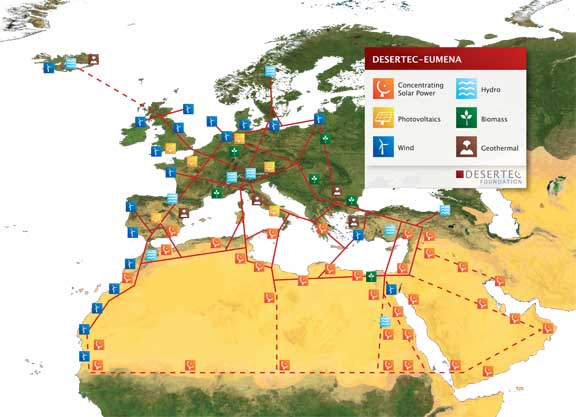 Standard Solar, in partnership with Solar Grid Storage, in late June announced the installation of a grid-interactive energy storage system co-located with a new photovoltaic (PV) array, creating one of the nation's first commercial scale micro-grids. Located at Konterra's corporate headquarters (pictured in the project rendering below) in Laurel, Md., the "islandable" micro-grid system is powered by a 402-kW solar PV array. In the event of a grid power outage, the Solar Grid Storage advanced lithium-ion energy storage system allows critical circuits at Konterra to remain energized. The project is financed by the Kingdon Gould Jr. family and supported through a Maryland Energy Administration (MEA) "Game Changer" Grant.

"Widespread implementation of grid-connected energy storage systems is key to solar PV becoming a mainstream energy supplier," said Tony Clifford, CEO of Standard Solar. "As one of the nation's first commercial micro-grids, this project can truly be a game changer for PV. Not only does it provide backup power to Konterra, it also supports grid integrity and allows for participation in ancillary markets for electricity." 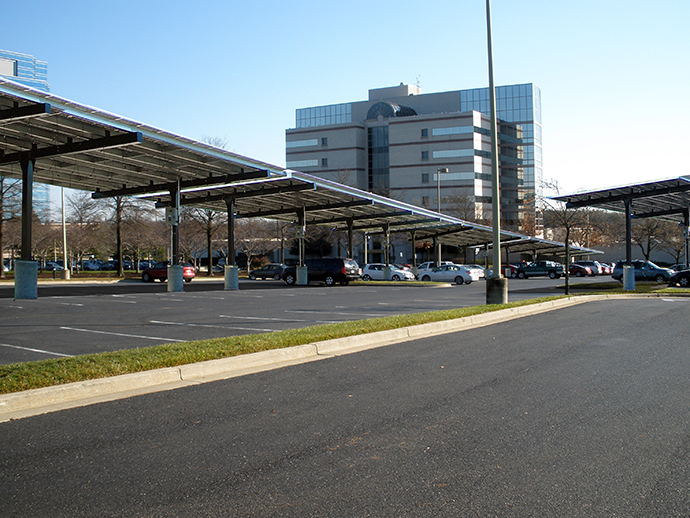 Mississippi's energy production is one of the largest economic engines in the state, providing more than 28,000 jobs. Mississippi produces approximately 23 million barrels of oil a year and ranks 13th in oil production. The state also ranks 21st in natural gas production.

Legislation signed into effect includes a sales tax exemption on energy used in manufacturing and an energy infrastructure revolving loan fund that Mississippi communities the ability to help finance energy infrastructure (for instance, gas lines and transmission lines) for companies that invest more than $50 million in an economic development project. Bryant also signed into law a sales tax reduction to 1.5 percent on electricity for enhanced oil recovery using carbon dioxide.

After a year of delays, Chevron subsidiary Cabinda Gulf Oil Company Ltd. confirmed in June that initial production of LNG has commenced at the Angola LNG project. The $10-billion Angola LNG project is one of the largest energy projects on the African continent. Angola LNG will collect and transport natural gas from offshore Angola to an onshore liquefaction plant on the coast near the Congo River. The project has the capacity to produce 5.2 million metric tons per year of LNG, 63,000 barrels per day of natural gas liquids for export and 125 million cubic feet per day of natural gas for domestic consumption.