'Do You Find Me Attractive?'

Ernst & Young is unafraid to tell 40 nations the answer to that question, when it comes to conditions for renewable energy investment.

ABB in May announced investment in solar inverter production at its existing facilities in South Africa. The company called the country "one of the world's fastest growing PV solar markets," thanks to government policies. According to E&Y, two major lenders have underwritten US$1.8 billion across 15 wind and solar projects under the first two rounds of the national tenders, representing around 30 percent of the total funds required for the rounds. But a national carbon tax has been delayed until 2015.
Photo courtesy of ABB
by ADAM BRUNS
I

"The convergence of culture, politics and science has meant renewable energy is now a global term, with the past decade in particular seeing it move from adolescence into adulthood," says the report.

Over that span, EY reports, only Asia and Oceania have seen continuous growth, and accounted for 42 percent of the total 2012 clean energy investment amount of US$269 billion (five times the total in 2004). Only China, Australia and Mexico saw an increase in total investment in 2012 over 2011, says the report. 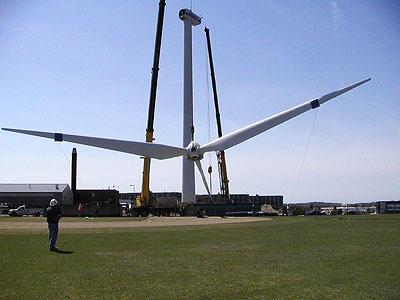 In 2003, Spain led the index. Now you can't find the nation in the Top 10. In 2013 the United States tops the charts (see below) just ahead of China, which stood at the apex for three years' running before a methodology revision this year displaced it due to the People's Republic's higher barriers to entry for external investors. But "China remains extremely attractive for investors, thanks to strong political support, growing energy demand and a robust project pipeline," says the report.

"By 2010, for every dollar invested globally in renewable energy, 50 cents goes to China, and around half the world's wind turbines are installed there," says the report in recounting the larger 40-year history of renewable energy industry growth. "In 2012, the cost of Chinese solar panels drops to just US$0.60 per watt peak, even lower than 2011's US$1.25 which led solar installations to double worldwide."

Chile, says E&Y, is the rising star due to "strong natural resources and a fast-growing pipeline across a variety of technologies." And while Eastern and Central European countries languish near the bottom of the index, others on the climb include Slovenia, Peru and Thailand.

The chart below shows you the full rankings. Here are the top five in each of six technology-specific categories:

The US just missed out on the top five in offshore wind, but that could change as its first major offshore wind farm, Cape Wind, becomes more real by the day.

Last August Cape Wind established an operational HQ at East Marine, located on Falmouth Harbor on Cape Cod, creating 50 jobs. And last month, PensionDanmark announced it is funding a conditional investment commitment of $200 million for Cape Wind via the fund Copenhagen Infrastructure I, managed by Copenhagen Infrastructure Partners, with the goal of closing the deal to construct the wind farm this year. Bank of Tokyo was the first to jump on board for the planned 468-MW project.

In its report, E&Y spotlights the "hot" and "not" so hot territories, with Chile, India and Saudi Arabia getting a positive nod, and Brazil, Romania and Spain getting the opposite because of policy decisions either supporting or stifling project investment.

Among the observations of Ben Warren, environmental finance leader at EY and chief editor of the RECAI:

"Renewable energy has come of age. Today, it's a business imperative and personal prerogative; solar panels appear on homes and offices, biomass plants power factories and hospitals, and wind turbines are now a common sight.

"Governments are setting carbon cutting targets and converting to green power. Money is being spent and earned in an industry which, just four decades ago, was considered the remit of hippies and eccentrics." 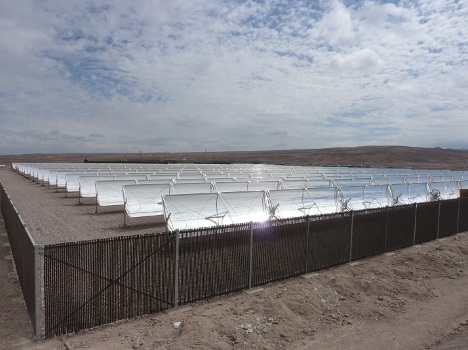 This Abengoa concentrated solar power installation in Chile's Atacama Desert, inaugurated last November, is one reason the nation is on the rise in E&Y's index. The parabolic trough plant is integrated into a copper mine operated by Minera El Tesoro.
Photo courtesy of Abengoa

Now it's the remit of large corporations, which E&Y duly recognizes as "a new driving force behind renewable energy." Among the shining examples E&Y highlights is 3M's 20-percent reduction in energy usage between 2000 and 2010.

The report also notes a trend "for large corporates to invest equity directly with renewable energy generators — both onsite and offsite generation: onsite for increased energy security and offsite for increased scale." The most notable examples are Google's investment of more than $1 billion in wind and solar projects, and Ikea's plans to double spending on renewables to $2 billion by 2015 and $4 billion by 2020. Corporates are also banding together in emerging markets on large renewable-energy projects, such as the joint commitment by Walmart, Arcelor Mittal and three Mexican firms to buy power from a 164-MW wind farm in Mexico for 15 years. 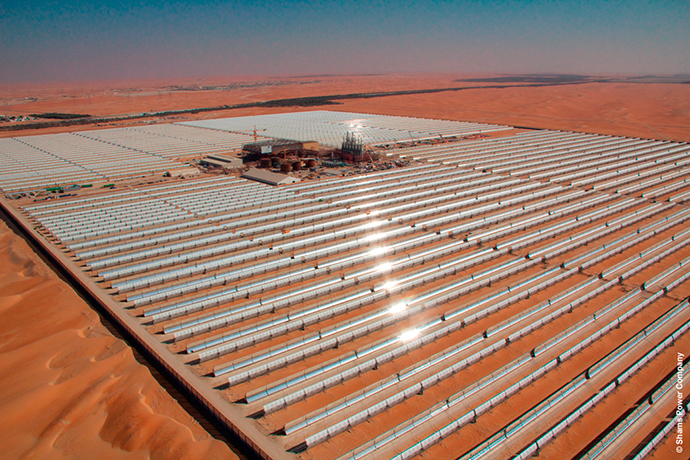 In March, the 100-MW Shams 1 concentrated solar power project — the world's largest operational CSP project — was officially inaugurated in the UAE. "At a cost of US$600m, it represents a major milestone in the deployment of solar power in the Middle East," says E&Y of the Masdar-Abengoa Solar-Total JV. It could help bump the UAE back into the Top 40 in the firm's Renewable Energy Country Attractiveness Index next year. For now, it says, "deployment forecasts are low, and a strong policy framework is lacking" in the UAE.
Photo courtesy of Abengoa

Finally, the RECAI this year offers insights from Bloomberg New Energy and E&Y into the below-the-headlines and below-the-ground area of geothermal power, which saw eight new plants come on line last year, bringing the global total to 11.3 gigawatts.

"The global project pipeline currently totals 13.4 GW from 273 projects in 56 countries," says the report, with just 16 percent of those currently under construction. "In our current forecast, six markets account for 78 percent of development over the next decade — namely Indonesia, New Zealand, US, Kenya, Philippines and Mexico. Indonesia will be the most active of the top markets, making up 28 percent (1.8GW) of the 6.4GW we expect to come on line during that period (under the conservative scenario). But we also expect considerable growth in Japan, Ethiopia, Turkey and parts of Latin America as markets form or re-form in those regions."

For more coverage of corporate renewable energy deployment, look to the July 2013 issue of Site Selection for an exclusive contribution from the National Renewable Energy Laboratory and Verizon, and a World Reports snapshot of the biomass sector. 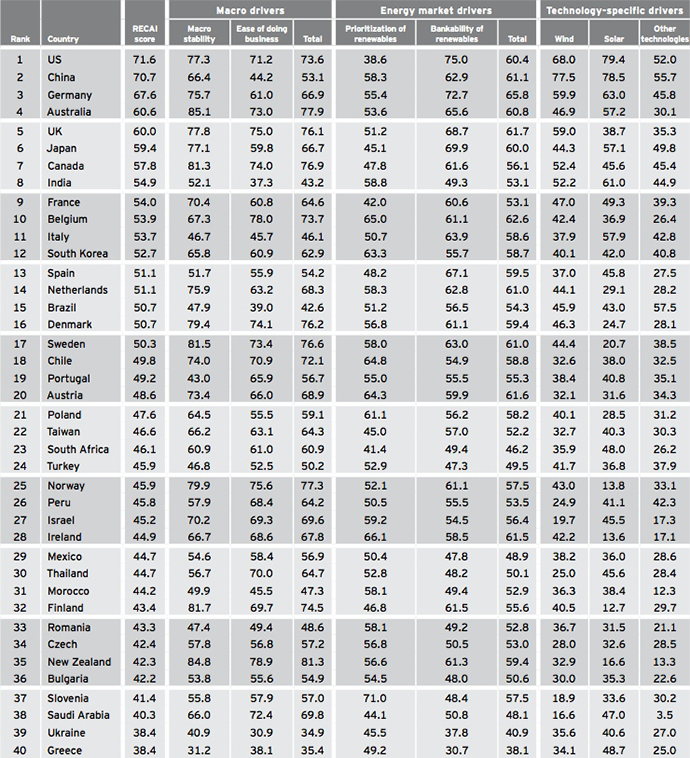