Two reports from Pew seek to prod U.S. policymakers to help the U.S. catch up in the global clean-energy race, before it’s too late.

A multi-year tax credit scheme is one policy that Pew says could go a long way toward strengthening the clean-energy manufacturing profile of the United States.
Graphs courtesy of The Pew Charitable Trusts
By ADAM BRUNS
O

ne month after calling the position of the United States in the clean energy industry "beset by uncertainty" and "less positive" than in many other countries, The Pew Charitable Trusts issued a report this week based on Bloomberg New Energy Finance data declaring that U.S. companies enjoyed a $1.63-billion sales advantage over their Chinese counterparts in clean energy goods and services in 2011.

The key to that trade advantage? According to Pew, $1.1 billion of that total advantage (or more than 67 percent) was attributable to the global footprints of U.S. firms manufacturing products overseas. In other words, the nation needs to watch and learn from its own enterprises.

The report issued a month previous, "Innovate, Manufacture, Compete: A Clean Energy Plan," said the U.S. needs to catch up, and catch up fast, to garner its share of the clean energy revolution. Based in part on input from a series of roundtables held across the country in 2012, Pew recommends a multi-year tax credit program for clean energy industries, as well as more R&D investment. But its No. 1 recommendation is the establishment of a national renewable energy standard — something 29 states have already done.

Why? Because the pie has grown big fast, but so has the family of countries seeking projects. As any member of a big family at mealtime knows, you'd better reach far and reach fast if you want a piece before it's gone.

"Last year, worldwide investments rose 6.5 percent, reaching a record $263 billion," said the report of the clean energy sector. "Renewable energy sources accounted for almost half of all generating capacity added to the world's power sector. Excluding research and development, investment in the sector is now more than 600 percent higher than in 2004. The world's leading economies (members of the Group of 20) dominate the sector, accounting for 95 percent of all global investments in clean energy, but investment and deployment in parts of Africa, Asia, and Latin America are expected to grow by 10 to 20 percent annually over the next decade."

The new report, "Advantage America: The U.S.-China Clean Energy Trade Relationship in 2011," concludes that America's clean energy trade strength is derived from leadership in innovation and entrepreneurship, as well as the global presence of U.S. companies.

Among Pew's leading recommendations is a national renewables standard. This map shows which states have such standards or goals in place.

"China's clean energy industry has an advantage in large-scale manufacturing and high-volume assembly of certain clean energy products," said the report. "However, tensions have been heightened in recent years by fiercely competitive market conditions affecting companies in both countries, as well as several high-profile trade cases."

Overall the two companies traded a whopping $8.5 billion in clean energy goods and services in 2011, the latest year for which data were available. More than 76 percent of that total was in solar energy products and services.

Among the report's findings:

Solar Energy: "Chinese firms sell large quantities of finished solar cells and modules to the United States, which led in sales of high value-added goods and services, such as polysilicon and wafers, as well as the high-tech materials and equipment needed in solar manufacturing. On a net basis, the United States enjoyed a $913-million surplus in the solar sector."

Among top-tier renewable energy manufacturers in market share, China is jumping out to a big lead. But taken as a whole, U.S. clean-energy firms enjoyed a $1.63-billion sales advantage over their Chinese counterparts in clean energy goods and services in 2011.

Wind Energy: "Overall, more than $923 million worth of wind energy goods and services were exchanged between the two countries in 2011. As with solar, the U.S. wind industry excels in sales of relatively high-margin specialty materials (fiberglass) and sensitive electronic and other control systems. China's largest sales were in turbine towers and rotors. Overall, U.S. firms held a net trade surplus of just over $146 million."

Energy Smart Technologies: "This sector includes a suite of technologies, services, and products that can help improve energy performance and/or efficiency, store energy, and reduce carbon emissions. Energy smart technologies traded between the United States and China include smart meters, light emitting diodes (LEDs), advanced lithium-ion batteries, and electric vehicles. More than $1.1 billion worth of these products flowed between the two countries, with the United States [holding] a net trade surplus of $571 million in the sector." 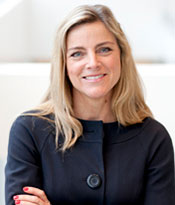 "The report findings underscore the long-term economic potential for U.S. leadership in the clean energy sector," said Phyllis Cuttino, director of Pew's clean energy program. "‘Advantage America' demonstrates the payoff for our leadership in wind, solar, and energy smart technology innovation. U.S. companies are tapping into the growing worldwide demand for clean energy goods and services. But, to maintain our competitive edge, it is essential that policymakers recognize and enhance domestic policies that help position U.S. companies for success — investing in research and development, encouraging domestic demand, and supporting overseas sales."