Putting a Charge
into an Old Facility

A Standard Oil building gets new life as the home of Thompson Electric in Sioux City. 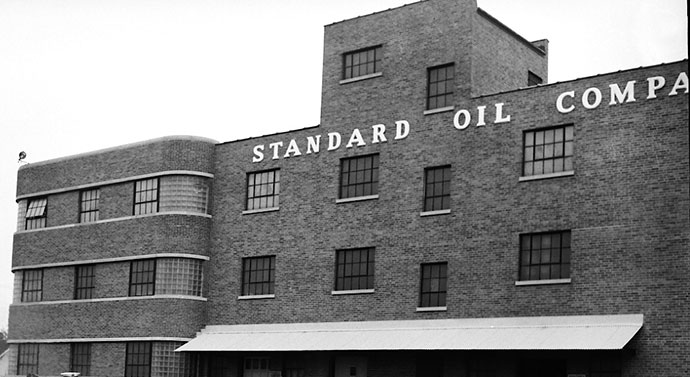 The Standard Oil Building that will soon be home to Thompson Electric Co.’s headquarters was constructed in 1936.
by RON STARNER
M 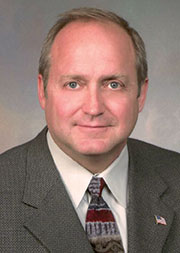 eeting the electrical power needs of expanding Midwest companies is work that sometimes leads to expansion projects of its own.

Take the case of Thompson Electric Co., a Sioux City, Iowa-based firm that next week will move into its new 63,000-sq.-ft. (5,853-sq.-m.) headquarters in Sioux City — a $3-million capital investment that provides space for 104 workers.

"This is a great place to be," says Skip Perley, CEO of Thompson. "Sioux City weathers the highs and lows that hit the rest of the nation. We typically don’t see those here. A lot of farming and industrial work is done here. Our company is pretty embedded in long-term companies that have been here. We really like it here."

Thompson is an electrical contracting company that also provides security and IT services through a subsidiary known as Electric Innovation. Perley and his team considered moving some of their employees to satellite locations in Omaha, Neb., and Sioux Falls, S.D.

"We ultimately decided to keep our people here," Perley says. "Last spring, we decided to invest in our future as we continued to grow and be profitable. We looked at quite a few options, including building from scratch or buying an old building and remodeling. We found a building in a great location that was very architecturally interesting. We decided to buy it and renovate it."

The acquisition of the old Standard Oil Company building in Sioux City "allows us to have all of our Sioux City operations under one roof," Perley says. "We applied to the State of Iowa for help with keeping those jobs in Iowa, and we were awarded a tax credit. That helped offset some of the gains we could have achieved by moving out of the state."

The company has maintained a blog about the renovation since last September. The Standard Oil building was constructed in 1936. But Thompson Electric came first: The company was founded by Alfred C. Thompson in Sioux City in 1933.

"People are very good here," he says. "I have been here all my life and I am very involved in the community, the chamber and several non-profits. We are a pretty resilient people."

Increasing demand for food production from the Midwest makes Iowa the perfect choice for Thompson’s location, he adds.

"We are a leader in the Midwest in the use of technology processes in our industry," he says. "We try to be on the cutting edge of how to do more for less on a construction site, just as manufacturers have had to do for years. So we pre-fabricate as much as we possibly can. On average, we are doing about 25 percent of man-hours off site. That moves those hours into a much more controlled environment for weather, productivity and safety."

According to an October 2012 company profile in the Midland Business Journal, the move to such prefab work has been one factor driving the company’s growth in Omaha too, where the company employed 70 as of last fall, and where projects abound.

But projects are afoot in Sioux City too, garnering the metro area a first place finish in its population tier among Site Selection’s Top Metros of 2012. Growth in demand for electrical contracting services in the region prompted Thompson to expand, says Perley.

"We needed to look at larger facilities here, and we actually began looking about five years ago — before the economy took a dive in 2008," he notes. "With our growing Electric Innovations business, we also needed a location where we could have a help desk and host servers in an IT facility. That is an area that is really growing for us right now, and we are continuing to add IT jobs."

About 150 people work for Thompson in the tri-state metro area of Sioux City, which extends into neighboring Nebraska and South Dakota.

"If you are a business executive at a growing company and you are looking for someplace to go," says Perley, "Sioux City is the place to be."