Were you just sighing with relief after completing all those high-efficiency lighting upgrades in your facilities? A new development combining wifi and light bulbs may have you thinking again.

National Geographic offers this perceptive insight into oil shipping chokepoints around the world.

The World Economic Forum has released a concise and informative report called “Lessons Drawn from Reforms of Energy Subsidies.”

The recipient of the largest DOE grant ever awarded — the Energy Systems Innovation Center at the Clemson University Restoration Institute in North Charleston, S.C. — this week welcomed a new R&D investment from Germany’s FEV, a leading developer of advanced powertrain and vehicle system technologies. The seven-job project means FEV will join fellow Center investors Duke Energy and GE Energy, among others. The center, which received $45 million from the DOE, is capable of testing a wide range of energy systems, including automotive, marine, and aviation applications. 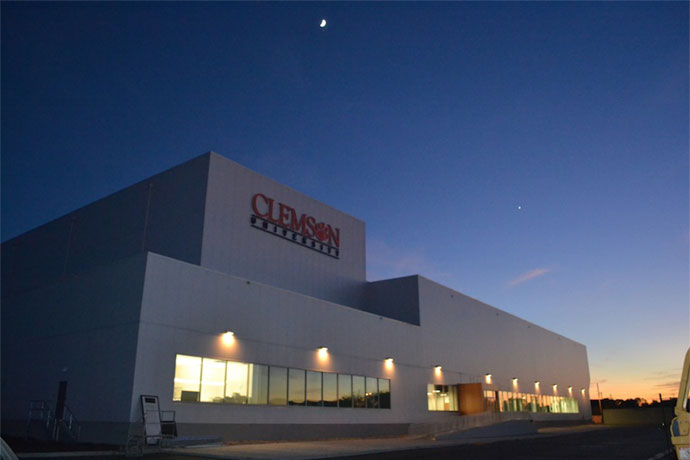 The grand opening celebration and dedication of the Wind Turbine Drivetrain Testing Facility and the naming of the Electrical Grid Simulator will be held November 21 at the Clemson University Restoration Institute in North Charleston, S.C.

The Organization for Economic Cooperation and Development (OECD) has issued a new paper saying carbon taxes and emissions trading are the cheapest ways to reduce CO2 emissions.

A majority of Canadians are in favor of all five of the major pipelines currently under study and intended to carry Western oil to market, according to a national survey conducted by Quebec-based polling and analysis firm CROP on behalf of the Atlantic Provinces Economic Council, the Canada West Foundation, The Federal Idea and the Mowat Centre. The survey, which engaged 2,000 participants, also reveals that most Canadians think Canada should be equipped with national oil and gas pipelines and a pan-Canadian electricity grid so that all regions have access to our energy resources. Among other highlights, 62 percent of the Canadians polled think US President Barack Obama should give the green light to the Keystone XL pipeline. 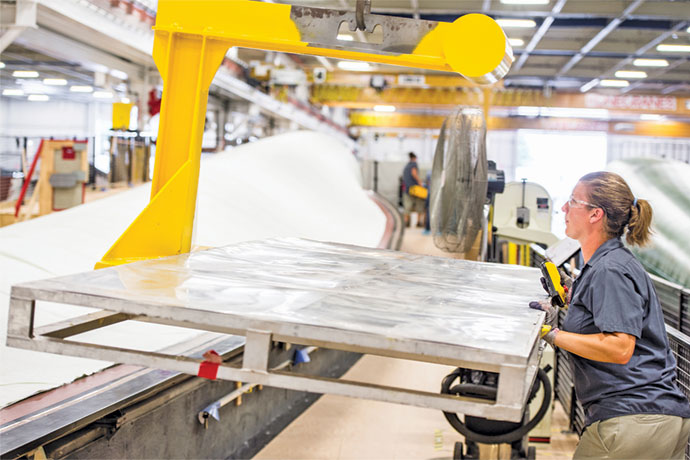 Siemens Canada in October received an order from Samsung Renewable Energy, Inc. (Samsung) and Pattern Energy Group LP (Pattern Development) to supply 67 wind turbines for the Grand Renewable Energy Park in the County of Haldimand in southern Ontario, where 100 MW of solar power is also being installed. All of the turbine blades will be manufactured at the Siemens facility in Tillsonburg (photo), where blade production is currently running near capacity with close to 275 employees. Towers and steel for the turbines will be sourced from CS Wind in Windsor and Essar in Sault Ste. Marie.

The Grand Renewable Wind Project is the second Samsung and Pattern Development project in Ontario under the Green Energy Investment Agreement. In July, Samsung said it would partner with Canadian Solar to open a new manufacturing facility for solar power components in London, Ont., as part of a $5-billion investment that will create the world's largest cluster of wind and solar power. The facility is the last of four manufacturing facilities to be opened under agreement with the Ontario government as part Samsung's participation in the Feed-in-Tariff (FIT) Program, North America's first guaranteed pricing structure for renewable energy production.

"We are very pleased that our investments are helping to create over 9,000 total jobs in communities across Ontario that have been hit hard by the global recession," said Ki-Jung Kim, executive vice president, Samsung C&T.

Two California facilities and their partners are justifiably crowing about their LEED-Platinum credentials. The $488-million California Academy of Science in San Francisco (pictured), designed by Renzo Piano, features not only a visionary design but well designed energy systems, including climate control and ventilation from D+H Mechatronic, based in Hamburg, Germany. In earning the LEED-Platinum designation, says D+ H, “The use of renewable energy through solar elements, the high potential for saving water and the use of recycled material were assessed alongside the approximately 34-percent savings in energy usage through natural ventilation systems, heat recovery and shade.”

Also in October, down in Century City, Watt Plaza announced that the twin 23-story office tower earned LEED Platinum for Existing Buildings Operating and Maintenance from the U.S. Green Building Council. Watt Plaza has the distinction of being one of four high-rise office buildings in the City of Los Angeles to achieve this premier distinction, one of 46 in the state of California and one of 110 nationwide. In addition to e-waste, battery, bulb and ballast recycling programs, its implementation of a waste program that diverts over 60% of all building waste to a materials recovery facility has reduced 1,258 tons of GHG (Greenhouse Gas Emissions) to date, equal to removing 838 passenger cars from the roadways for a year. 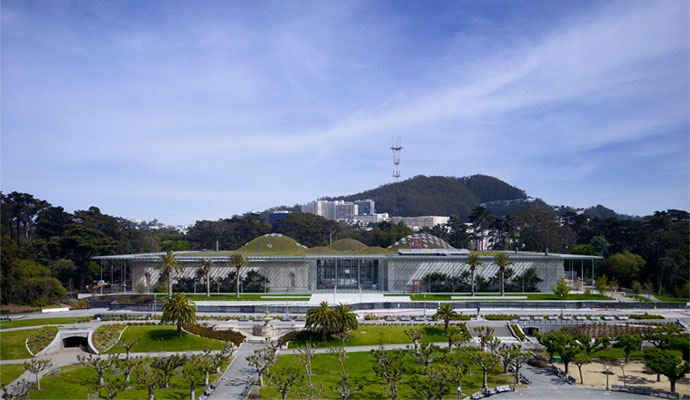