A new report and database track which states are doing what in the clean energy sector. 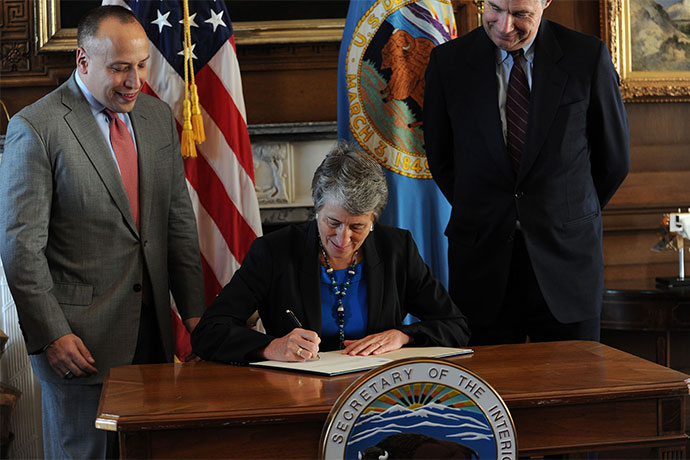 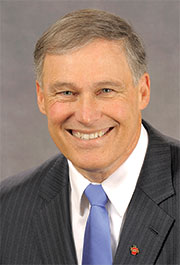 Washington Gov. Jay Inslee is a leading proponent of the clean energy economy.

overnors continued to advance renewable energy, energy efficiency and other forms of clean energy during their 2013 state legislative sessions, according to a report released Oct. 21 by the National Governors Association (NGA).

“Governors recognize that clean-energy technologies have great potential as economic engines for our states,” said Arkansas Governor Mike Beebe. “Even though we each have unique balances to strike with our natural resources, all governors see new opportunities in the energy sector for job creation and stronger energy independence.”

In an interview with Site Selection last month, Washington Gov. Jay Inslee, co-author of “Apollo’s Fire: Igniting America’s Clean Energy Economy,” said, “I’m a major in economics, and I respond to science and numbers. The hard numbers say job growth in clean energy has been twice the job growth of any other sector in the US economy. As a sector of the economy, it’s not a giant sector, but we’re a future-oriented economy, and the growth curve will only increase.”

Inslee said he “can’t turn over a rock without meeting a company that is doing good work” in his state related to the sector, from silicon substrate maker REC to Outback Energy to grid specialists Itron in Spokane and composites maker SGL in Moses Lake.

“As anybody who gets to even page two of the newspapers understands, there will be an incredible demand for these technologies.”

On Oct. 30, the NGA announced the selection of Arizona, Minnesota, Mississippi and Puerto Rico to participate in a Policy Academy on Targeting Clean Energy for Economic Development. The approach will combine tools and strategies of both economic development and energy policy to help states tap into growing markets in the United States and abroad. The selected states also will cover a range of technologies, including renewable energy, energy efficiency and biofuels.

“This is a great opportunity to help promote economic development within Arizona’s renewable energy industry,” said Arizona Gov. Jan Brewer. “By bringing together public and private stakeholders to help develop and advance sound policy, Arizona is uniquely positioned to benefit from the success of this emerging market.”

Let’s Get to the Highlights

Interested in what a particular state is up to? Then you might want to visit the new NGA database that compiles state clean energy actions, searchable by state, category and policy lever (e.g., law, regulation, executive order).

The paper and database take a noticeably more inclusive approach than the DOE-supported Database of State Incentives for Renewables & Efficiency (DSIRE), defining clean energy broadly to include renewable forms of electricity generation as well as nuclear energy, natural gas, and coal with carbon capture and sequestration because they release fewer emissions than traditional sources; energy efficiency measures; and alternative transportation fuels and vehicles.

Here are a few highlights from across the country:

Colorado made several legislative adjustments to its existing RPS in an effort to better incorporate electric cooperatives and account for additional energy sources such as coal mine methane and synthetic gas produced from municipal solid waste. Starting in 2020, the renewable energy re- quirement for large cooperative utilities will increase from 10 percent to 25 percent. (By comparison, Colorado’s investor-owned utilities are required to generate 30 percent of their electricity from renewable sources by 2020.)

Minnesota required its largest investor-owned utility, Xcel Energy, to file a plan with the state Public Utilities Commission by September 30, 2013, to offer a Community Solar Garden Program. The program will allow subscribers to participate in the generation of solar energy regardless of whether they own a home or are well sited for solar panels on their property. If solar gardens gain popularity in the state, they could help investor-owned utilities like Xcel Energy meet the recently enacted state mandate to generate 1.5 percent of power from solar energy by 2020.

Virginia required its State Corporation Commission to establish programs to meter net energy produced by agricultural customers of both investor-owned and electric cooperative utilities. The programs will allow farmers and rural businesses to sell excess renewable energy generated to the appropriate utility.

Illinois enacted the Hydraulic Fracturing Regulatory Act, which prohibits high-volume horizontal hydraulic fracturing operations performed without a permit and provides requirements for permits, insurance, well construction and drilling, chemical disclosures, and water quality monitoring. It also imposes a tax on the severance of oil or gas produced through hydraulic fracturing that will be directed to the state’s general revenue fund.

Maryland required oil and gas permit applications to include a closure cost estimate for the proper sealing and plugging of oil and gas wells. The state also required permit holders to fulfill performance bond and liability insurance requirements to address potential legal responsibility for workers harmed and property damaged by their operations.

Financial and Other Incentives for Clean Electricity

California plans to generate up to $1.1 billion per year for the next five years to support clean energy and energy efficiency by requiring multistate companies to pay taxes based on their sales in California (“single sales factor”). For the first five years of the initiative, 50 percent of the funds will be set aside for clean energy and energy efficiency projects primarily in schools and community colleges, with the remaining 50 percent committed to the state’s general fund. After five years, 100 percent of the funds will be allocated between education and the general fund, with a minimum of $500,000 going to education.

Nebraska enacted a bill that allows for a refund of the sales and use taxes paid for a renewable energy system used to produce electricity for sale. To qualify for the refund, the investment of the company must be at least $20 million, and it does not apply to the first 1.5 percent sales tax a municipality charges. The eligible sources of renewable energy include wind, solar, geothermal, hydroelectric, and biomass.

Financial and Other Incentives

Tennessee awarded 19 recipients a total of $2.1 million to fund energy efficiency projects for local governments and municipalities, utility districts, and other private and public organizations. The maximum grant per project was $250,000 and required a match from the recipient. One of the projects included replacing and retrofitting existing fluorescent lighting fixtures with light-emitting diodes at the Oak Ridge Municipal Building and the Oak Ridge Civic Center Complex.

Indiana allowed counties to establish infrastructure development zones in which natural gas infrastructure is exempt from property taxation (along with infrastructure for broadband and advanced services and water). It also allowed certain electric customers (high-power-demand businesses that will realize economic development benefits) to petition for rate discounts and authorized a utility that provides electric or gas service to petition to recover transmission, distribution, and storage improvement costs.

Oregon amended its greenhouse gas emissions performance standard for power purchase agreements of five or more years by clarifying that the standard applies to commitments with both in- and out-of-state generating resources. “This effectively bans new coal power from being purchased for use by Oregon customers,” said the NGA report.

Washington created a Climate Legislative and Executive Workgroup, which will develop recommendations to achieve the state’s GHG emissions limits.

Washington’s Gov. Inslee told Site Selection of the real progress being made in China in the clean energy and emissions-control sector, as he prepared for a trade mission there this month.

“I just got an email from my friend John Podesta this morning about some folks I want to meet in China who are involved in financing energy efficiency development,” he said of the former White House chief of staff who now serves as chair of the Center for American Progress. “China actually really understands.” 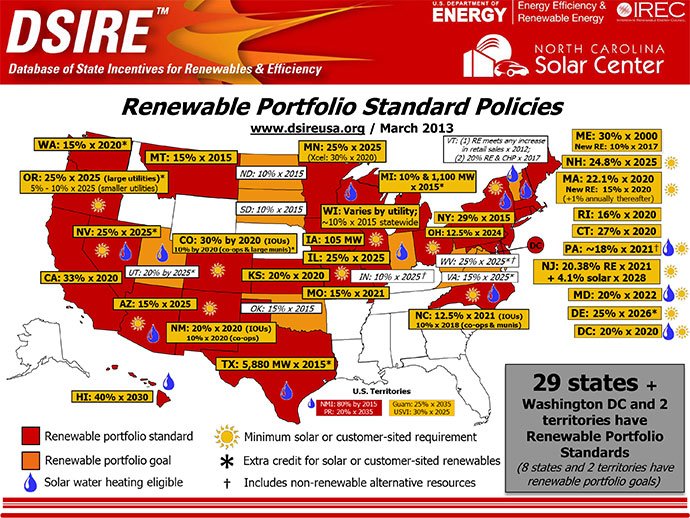