An innovative solar cell and module company grows
as others fade, thanks to a simply ingenious idea. 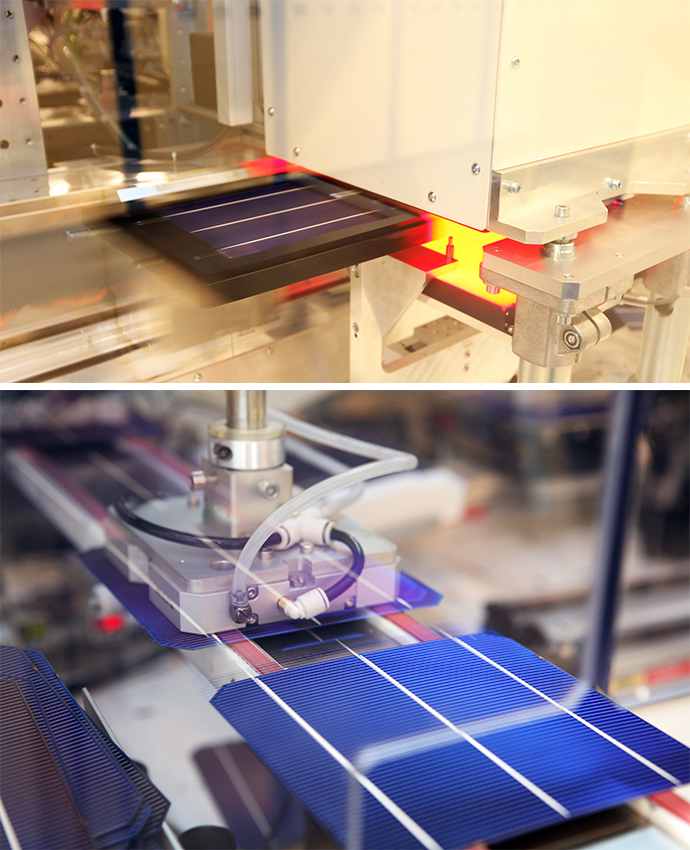 Cameras find the bad spots and cell optimizers blot them out. That’s the essence of Innotech’s “hocus pocus,” which takes waste material off the hands of other cell makers at the same time it makes higher-functioning and longer-lasting cells.
by ADAM BRUNS
T

ommy Strömberg, COO and EVP Products for Innotech Solar, used to work for REC Silicon, where about six years ago one of his colleagues had an idea.

“We produced solar cells, and three percent of them couldn’t be used on modules” he says, due to slight defects. The idea? Focus on finding a way to make those cells work. REC didn’t want to pursue it. So he stopped working for them and launched Innotech.

Today, said Strömberg during a visit this month at the company’s cell production site in Halle, Saxony-Anhalt, Germany, “we are buying cells from 32 different vendors. We take those cells, do our hocus pocus, make them give energy, and then we can produce modules. This was the idea — not just two to three percent from REC, but from the whole world. Today we can do 10,000 cells an hour.”

Innotech’s solar cell optimization is performed in a two-year-old facility (left) in the German city of Halle an der Saale, in Saxony-Anhalt, while module production takes place in Glava, Sweden (right) in a facility that used to belong to REC.

The company has persevered even as many companies in the solar photovoltaic (PV) sector have suffered or gone insolvent due to competition (some call it dumping) from China and reduced feed-in tariffs in places such as Germany, which three years ago accounted for 50 percent of solar power installations globally, many of them in the recognized PV capital of Bavaria.

Now the growth market is the United States, says Stromberg, citing a September Deutsche Bank research report that projects annual solar installation increases of 60 to 70 percent. “We thought this year it might not happen,” because of the lagging economy, he said, “but it already has. The US solar market has great potential — even the bad part of the US is good” in terms of solar irradiation, he explained. Deutsche Bank expects installed capacity growth of approximately 600 percent over the next four years. 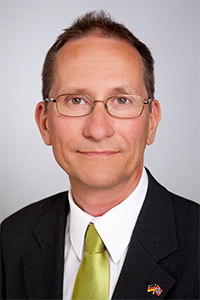 Meanwhile, a shortage of silicon has continued since 2009. Enter Innotech.

“We are an independent cell upgrader/module producer, and we can survive because we use non-prime materials,” said Strömberg. “Earlier we did everything in Norway. Now we have moved everything here. We also bought the company from REC producing modules in Sweden … Today we buy and upgrade and produce on a steady basis,” with 120 employees, a Hong Kong warehouse, and a new office and warehouse in Vista, Calif, in addition to a production site in Narvik, Norway.

Strömberg says the company is motivated by the fact that more than 10 US states, according to the Deutsche Bank report, have achieved solar grid parity thanks to incentives ranging from 11 cents to 37 cents per kilowatt-hour. California and Arizona are the key states, followed by New Jersey, Nevada and Colorado, then North Carolina, Massachusetts, Pennsylvania, Hawaii, New Mexico, New York and Texas. While Germany leads the world with 35 gigawatts (GW) of installed solar PV power, the report predicts the US market will expand to 50 GW by as early as 2016. China is aiming to reach 35 GW by 2015.

Strömberg says a lot of product from Innotech’s US location is being sold into Mexico, at a rate of two shipping containers a month.

“That's probably more than what any European manufacturer does,” he says. “We want to continue that. We can see a future where we send cells into the US and then assemble modules [there].” 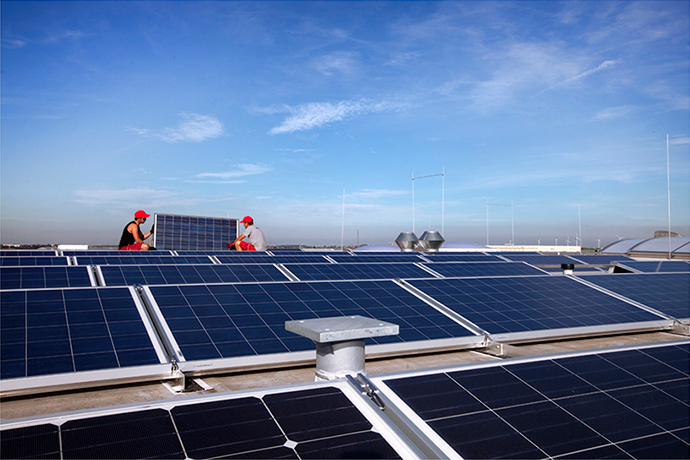 Innotech’s facility in Halle, launched in 2011, optimizes its green energy footprint with its own optimized modules on the roof.

But its techniques, which involve finding the defect and stamping it out with lightning speed, have been refined and perfected in Halle, where Strömberg says the company was welcomed with open arms and with a letter of intent from the state’s minister-president, an impressive gesture that cemented the location decision vs. other less enthusiastic suitors. The plant opened during the second quarter of 2011.

The company got a boost in September when it received the “Made in EU” certificate from TÜV Rheinland for its European solar modules as proof that they are manufactured in Europe. This means that operators of plants fitted with ITS modules will benefit from a 10-percent higher feed-in tariff in France.

“Innotech Solar is one of only few manufacturers to have so far received a certificate for performing at least two out of every three production stages in Europe,” said Dr. Thomas Hillig, vice president module sales & marketing at Innotech Solar.

Operators whose plants are fitted with solar modules from manufacturers who only perform one of their production steps in Europe are only entitled to claim a 5-percent special bonus. The French government passed a law on January 7, 2013 stipulating that a higher feed-in tariff must be paid for solar systems fitted with European modules. Furthermore, it is required that plants with an output greater than 250 kilowatts peak (kWp) present a report on the carbon footprint of their modules in order to receive the increased incentive.

Innotech Solar modules boast an outstanding carbon footprint, which thanks to their especially environmentally friendly production process is around 70 percent lower than that of conventional modules.

“We are very green,” said Strömberg.

And yes, that includes a rooftop solar installation in Halle composed of ITS modules. 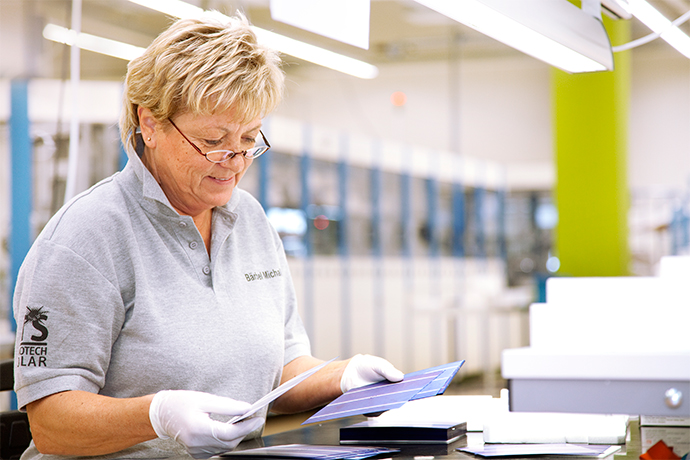 The laser machinery does its magic at Innotech, but so does inspection
by human beings. The company currently employs 120 people.