Sun Country Highway, the Canada-based EV charging station firm, last winter promoted its trans-Canada network of more than 80 free public access charging stations by driving a Tesla the 6,293 miles (10,125 km.) across Canada using only those stations as fuel stops. Now it's giving everyone a chance, in what it calls the world's longest EV race ... though you can start from anywhere. The coast-to-coast EV charging network was completed in less than a year without any government assistance

Kentucky Gov. Steve Beshear early this month announced that NOHMs Technologies Inc. has chosen Lexington to locate R&D, product development, business operations and a research, manufacturing and product development facility for military, cell phone and electric vehicle lithium-ion batteries. The company, which plans to create up to 162 jobs and invest more than $5.3 million in the project, will utilize the Kentucky-Argonne Battery Manufacturing Research and Development Center and the University of Kentucky's Spindletop Administration Building.

Founded in October 2010, NOHMs Technologies has developed a battery that is based on lithium-sulfur chemistry. The company believes its lithium-sulfur batteries can deliver enough energy at a cost low enough to allow mass commercialization of electric vehicles. It's received federal research funds, and has contracts for federal defense projects, neither of which it says have been affected by the budgetary sequester.

"We chose Kentucky because of the state's reputation for manufacturing and a talented workforce, strong support from the state for the battery and automotive industry and the facilities at KY-Argonne," said Nathan Ball, CEO of NOHMs. "The capabilities that exist here and that are being installed as the center continues to grow are unparalleled in this country outside of a big company or a national lab. We also benefit from a close relationship with the University of Kentucky's Center for Applied Energy Research, which has a long history in developing technology across many energy sectors."

Before sequestration became a budgetary word, it was an environmental one, referring to places to sequester carbon dioxide. Let's see where the two sequestrations converge, as the Dept. of the Interior releases the first-ever comprehensive assessment of geologic CO2 storage potential.

In addition to leading the way on carbon sequestration, did you know Alberta has successfully instituted a carbon tax on its heaviest emitters? It's one of several things you might discover in this week's issue of The New Yorker, where the magazine's lead political reporter Ryan Lizza thoroughly explores the high-stakes arm-twisting behind the pending Keystone XL decision in The President and the Pipeline.

Meanwhile, even as other pipeline projects vie to ship tarsands oil west and on to Asia, the company behind Keystone, TransCanada, in August announced its plans for an $11.6-billion pipeline that would send it east. The Energy East line would carry up to 1.1 million barrels per day from Alberta to the country's Atlantic Coast, where it would end at a new deepwater terminal in St. John, New Brunswick. The company said the project would support 10,000 jobs. 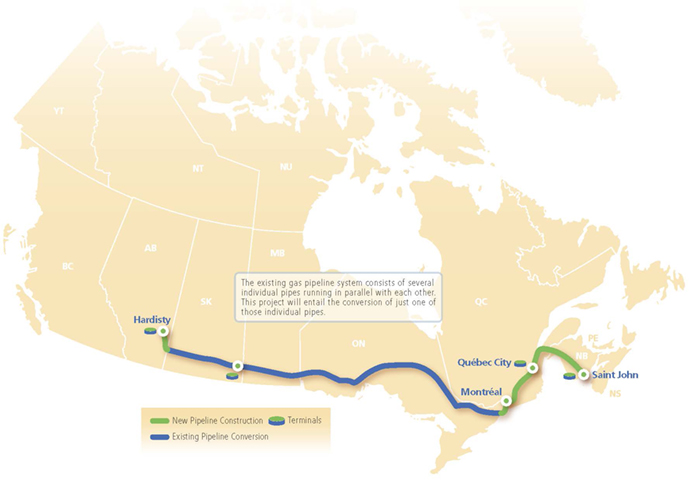 Think Alberta is the only territory beginning with "AL-" that harbors oilsands? Alabama Gov. Robert Bentley might beg to differ. In July he and Mississippi Gov. Phil Bryant signed an MOU to further study the oilsands development potential in the Hartselle Sandstone formation that traverses parts of both states. 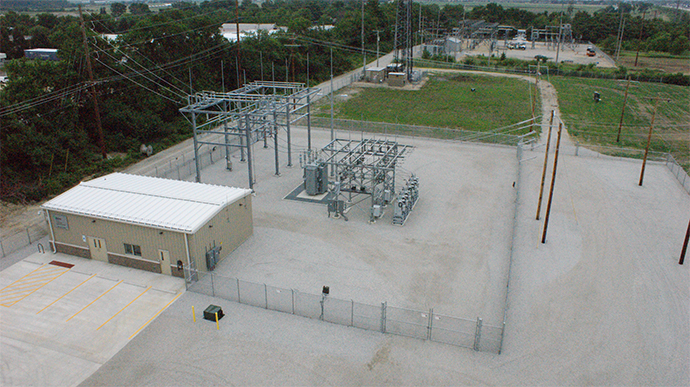 The TAC features a substation and two distribution circuit feeders that will enable developers to test smart grid-related equipment by connecting to 69,000-and 12,000-volt systems on the utility's energy distribution network.

The TAC is a key component of the Energy Infrastructure Modernization Act (EIMA) passed by the Illinois General Assembly in 2011. Under EIMA, Ameren Illinois is investing an additional $643 million over 10 years, through its Modernization Action Plan, or MAP, to make improvements to the electric grid to make it more efficient and reliable and to create hundreds of new jobs. 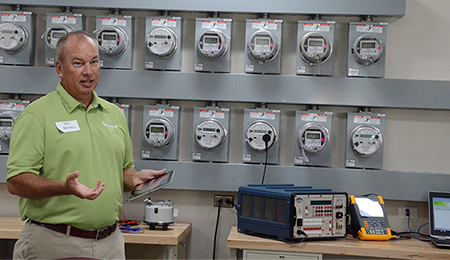 Don Borries, Supervising Engineer, Technology Applications Center, Smart Grid Integration & System Improvement Department for Ameren Illinois, told those touring the facility that depending on the specific requirements of the test bed client, a test could be designed to be conducted on any section of Ameren Illinois electric distribution system.

The TAC also provides an opportunity for Ameren Illinois and the university to jointly research smart grid-related technologies and collaborate on testing and validation procedures, as well as test plan development. The facility will provide an on-grid test environment that complements the university's off-grid testing and simulation capabilities. The collaboration will be further enhanced by a fiberoptic link between the TAC and the UI power lab. Under EIMA, Ameren Illinois has also provided $7.5 million in seed money for Illinois business startups. The funds will be administered by the Energy Foundry, a non-profit funded by shareholder investments from Ameren Illinois and Commonwealth Edison, created to boost an understanding of smart grid in Illinois and to invest in and nurture startups with high-growth potential in the energy field.

Click here to read or listen to testimony from energy, manufacturing and life sciences corporations at the U.S. House of Representatives' Energy & Commerce Committee's June 27 hearing on how India's industrial policy is hurting US companies. 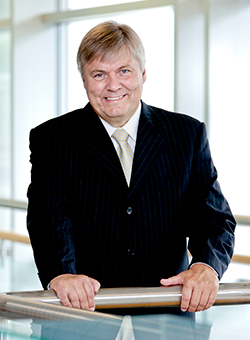 Effective Sept. 12, the merger of GL and DNV, now approved by competition authorities in Europe, South Korea, the US and China, will officially become operational as DNV GL Group, "the world's largest ship and offshore classification society to the maritime industry, a leading provider of technical assurance and risk management services to the oil & gas industry and a leading expert in wind and power transmission and distribution."

"It is with great pride that we can now inform that this vision-driven merger for growth has been cleared by the competition authorities in all four required jurisdictions. The merging companies both represent leading market positions, complementary commercial positions and an acknowledged reputation for advanced technology and high quality and integrity," said Henrik O. Madsen (pictured), Group CEO of DNV GL. "In today's risk-sensitive environment, a company's failure to manage risk properly may lead to adverse events, loss of life, damage to the environment or critical business consequences, putting trust and credibility at risk. I firmly believe that DNV GL will be in a stronger position to help companies manage their challenges in the new risk reality and enable them to advance the safety and sustainability of their operations."