Bloomberg’s report on thermal storage below the offices of Goldman Sachs begins with one of the best ledes you’ll read this year.

The Multilateral Investment Guarantee Agency (MIGA), the political risk insurance and credit enhancement arm of the World Bank Group, announced at its fiscal year-end in late July that a "record high of $3.2 billion in new insurance underpins foreign direct investment that is expected to catalyze a further $2.6 billion in investment, create 7,500 jobs, generate enough power for 26 million people in countries in need of energy, improve infrastructure, and generally support economies in developing countries around the world. New business saw an uptick of 13 percent over the previous year."

Among other sectors, "addressing developing countries' energy deficit was a strong focus of MIGA's business this year," said the announcement. "MIGA's support included coverage of private-equity firm Actis' investments in three projects that will supply a quarter of Cameroon's electricity; the Agency's first project in Lebanon, which will play a large role in transforming the country's struggling power sector; and Cerro de Hula wind farm in Honduras that will supply cheaper, clean, and renewable energy in one of Latin America's poorest countries."

China’s BYD is establishing a new manufacturing campus in Sao Paulo, Brazil, that will employ 450 in the making of all-electric buses, battery packs and solar panels, among other products.

US manufacturers aren’t the only ones concerned about exporting so much LNG that the price gets out of reach domestically. A July report from Deloitte examines the same dynamic in Australia. “Even though Australia is the third largest producer of natural gas in the world, Australian natural gas prices have tripled in response to the significant LNG exports,” said Paul N. Cicio, president of the Industrial Energy Consumers of America (IECA), whom Site Selection interviewed earlier this year about the US LNG dilemma.

Meanwhile, plans for that LNG export continue apace. The Federal Energy Regulatory Commission this summer authorized Sempra Energy subsidiary Cameron LNG’s plan to site, construct and operate a natural gas liquefaction and export facility at the site of the company's LNG receipt terminal in Hackberry, La. (pictured). The FERC permit is one of the last major regulatory approvals required to start construction on the $9 billion to $10 billion natural gas liquefaction facility. "This is a landmark project that will bring economic prosperity and create thousands of jobs in Louisiana," said Debra L. Reed, chairman and CEO of Sempra Energy. "Today's approval is another important step in delivering natural gas to America's trading partners abroad."

Earlier this year, Cameron LNG was awarded conditional approval from the U.S. Department of Energy (DOE) to export LNG to non-free-trade-agreement (non-FTA) countries, including Japan and European nations. 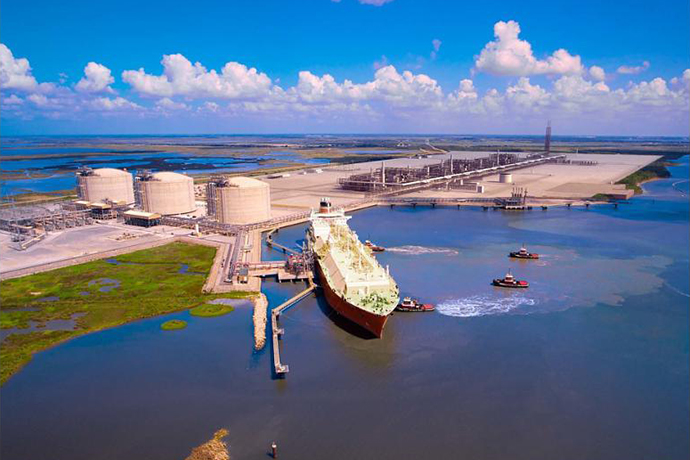 As for natural gas infrastructure, Platts has released its updated US natural gas system map. 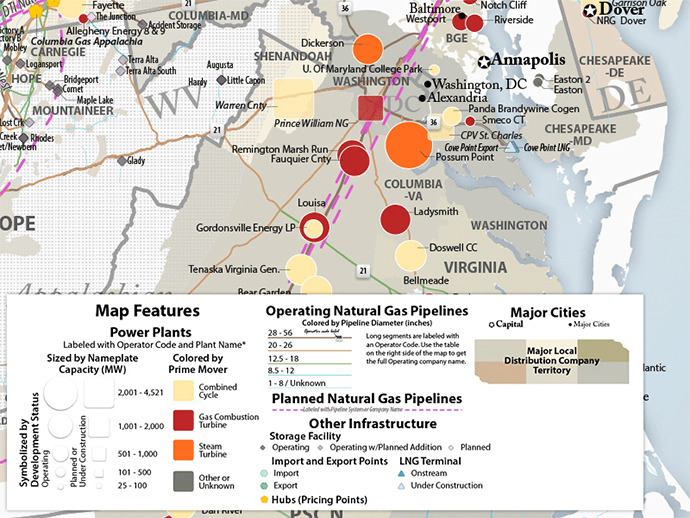 Site Selection’s coverage of the SOCAR project in Turkey has highlighted the importance of Azerbaijan's role in the energy sector, including its ties to the Trans Adriatic Pipeline and Trans Anatolian Pipeline projects. Those and more will be on the agenda Nov. 19-21 at the 2nd Azerbaijan & Caspian Sea Oil & Gas Week event to be held at the Four Seasons Baku. 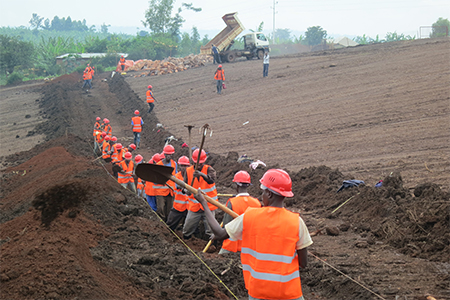 The Government of Rwanda is preparing to commission this month the first utility-scale solar PV power plant in East Africa (construction site shown below in April). At present, less than one in five households in Rwanda have access to electricity, and this will increase the country's production capacity by 7 percent.

“To put it simply, without electricity there can be no development,” said the release. In early July, Rwanda's Minister of Infrastructure, Prof. Silas Lwakabamba led a high-level delegation which visited the Gigawatt Global Rwanda Ltd construction site, the utility-scale solar power plant located near Agahozo-Shalom Youth Village (ASYV) in Rwamagana District, eastern Rwanda.

The Norwegian company Scatec Solar is the Engineering, Procurement and Construction (EPC) company responsible for building the power plant, and Remote Partners is the local management and support firm. The project has been funded by Norfund (Norwegian Investment Fund for Developing Countries) and KLP. The Dutch company Gigawatt Global is the developer of the project. Once the plant is on line, Scatec Solar will operate and maintain the plant, which will feed electricity directly into the national grid. 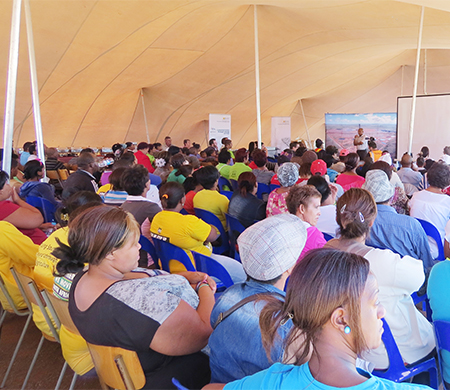 Abengoa in April hosted an open day at Kaxu Solar One, the 100-MW parabolic trough solar plant it’s constructing in South Africa near the town of Pofadder in the northern part of Northern Cape province.
Photo courtesy of Abengoa

Elsewhere on the continent, a member of the Royal Institution of Chartered Surveyors takes us through the intricacies of laying out the huge Khi and Kaxu Solar One solar tower and parabolic array projects from Abengoa in South Africa.

Trammell Crow Co. and JV partner Principal Real Estate Investors announced this week they had commenced construction on Energy Center Five (rendering below), a speculative Class A, 524,397-sq.-ft., 18-story office tower located just south of I-10, and adjacent to Energy Center Three and Four, in Houston. Completion is scheduled for 2Q 2016.

“Energy Center Five is the fifth and final phase of office development we will deliver with Principal Real Estate Investors in the Energy Corridor,” said Aaron Thielhorn, managing director with Trammell Crow Company’s Houston Business Unit. “We entered the Energy Corridor submarket more than eight years ago and have experienced the ongoing economic expansion, employment growth, and exceptional real estate fundamentals that have allowed us to be successful in creating office building assets that have attracted quality companies and employees.”

The companies have developed over 4.1 million sq. ft. of Class A office buildings throughout Houston, including Energy Center One, Two, Three and Four (representing 56 percent of that space, all in the Energy Corridor), Hess Tower in downtown Houston and Noble Energy Center One and Two in northwest Houston. 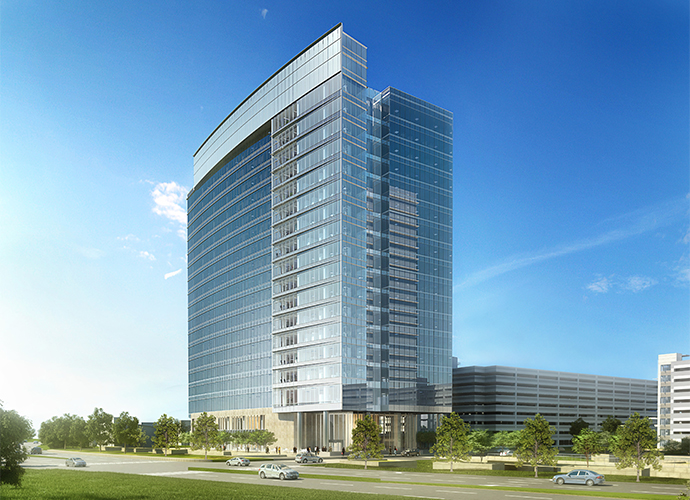