Use It or Lose It?

The LNG question continues to be considered and reconsidered. 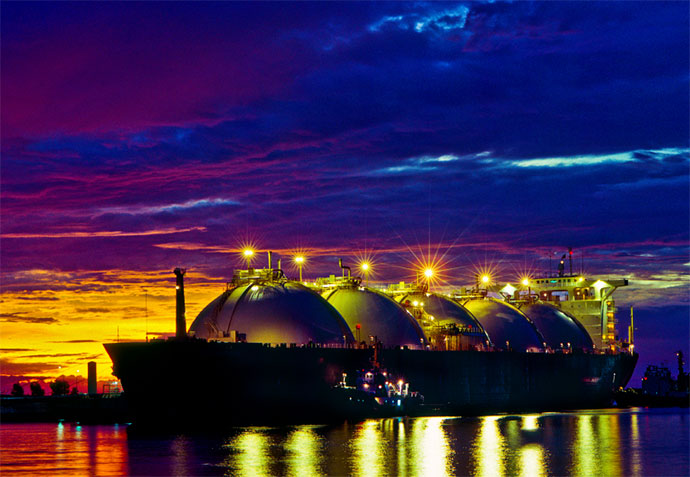 The Small Business & Entrepreneurship Council argues that increased LNG exports would greatly benefit the US economy. Others still aren’t so sure.
Stock photo courtesy of SBE Council
by ADAM BRUNS
U

nited States energy sector companies — particularly small and midsize businesses — are adding new businesses and jobs at a far greater pace than the overall economy, according to a new report released in November by the Small Business & Entrepreneurship Council (SBE Council). These gains, the report adds, could be expanded even further through additional liquefied natural gas (LNG) exports.

"Our increased energy production has brought about tremendous small business and job growth with indirect benefits spreading up and down the supply chain all across the country," said Raymond J. Keating, SBE Council chief economist and author of the report. "Expanding LNG exports would be the icing on the cake by encouraging future investments and the creation of even more businesses and jobs in our thriving energy sector."

As reported recently in Site Selection, there is strong debate as to whether LNG exports would indeed help the US economy, or hurt US-based manufacturing operations seeking to take advantage of domestic natural gas prices. Most recently, in September, the Industrial Energy Consumers of America took issue with the DOE's Sept. 10 approval of the Cameron LNG and Carib Energy export facilities, saying that the DOE "continues to fail the American public and threaten the manufacturing renaissance" by such actions.

"The DOE approvals were based upon three-year old domestic demand data which shows essentially flat demand going forward and stagnant prices," said the IECA. "These assumptions stand in contrast to reality, where there is robust and accelerating demand, and the EIA AEO [Annual Energy Outlook] 2014 forecasts a rise in the Henry Hub prices by 134.5 percent by 2025, as compared to 2012."

The SBE Council, on the other hand, says it's time to proceed full steam ahead. And it cites its own set of EIA reports:

In October 2014, the EIA released findings from a follow-up study titled "Effect of Increased Levels of Liquefied Natural Gas Exports on U.S. Energy Markets." Its conclusions are mixed (or hedged, depending on your point of view):

But the SBE Council says it's no time for hemming and hawing. 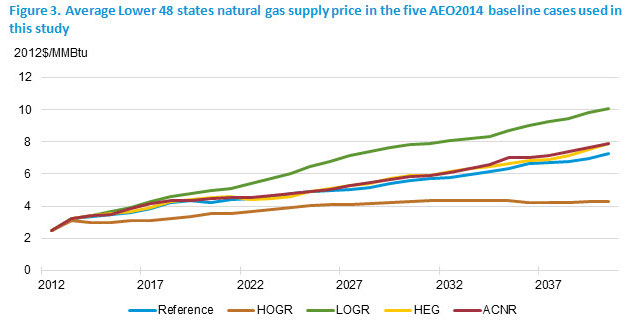 "Looking ahead, additional growth opportunities exist to meet growing energy demands internationally via natural gas exports, that is, liquefied natural gas (LNG) exports," it said in November. "All that's really needed is to avoid misguided governmental policies that limit U.S. production. Therefore, efforts to limit exports must be ignored, and any measures limiting the use of carbon-based energy need to be rolled back or avoided. At the same time, the approval process for LNG export licenses must be accelerated. The key is to allow market forces to work, and to limit governmental costs, obstacles and uncertainties."

The SBE Council report, in the meantime, documents plentiful evidence of robust SME participation and growth in the energy boom that already exists on and under US terra firma.

"Over the seven years covered in the study, the total number of small and midsize employer firms declined, but the number of small businesses in key energy sectors saw substantial growth," says the SBE Council, noting five in particular:

The report profiled 19 states in terms of natural gas production, employment in key energy sectors and business growth in each of those sectors in order to categorize each as a growth state, declining state or mixed state. All 12 growth states experienced both an increase in jobs and in the number of small and midsize businesses within the key energy sectors. Those growth states are: Arkansas, Colorado, Louisiana, North Dakota, Ohio, Oklahoma, Pennsylvania, Texas, Utah, Virginia, West Virginia, and Wyoming.

Here are the top 10 growth rates among the 19 states highlighted in the report (based on latest EIA production data):

Similar growth occurred across these five energy services subsectors when it came to business establishments in those two states, and nationally. For all of the U.S., total employer firms declined by 5 percent from 2005 to 2011, including a 4.7 percent decline in firms with less than 20 workers, and a 5-percent fall in firms with less than 500 workers. But establishment growth in the five subsectors ranged from over 4 percent in the extraction business to around 30 percent in operations. And overall, while the number of U.S. employer firms overall declined by 299,122 over this period, employer firms in the five energy industries included here increased by 2,758.

No wonder, then, that California-based Applied LNG broke ground Nov. 20, 2014, on a $150-million facility in Midlothian, just south of the Dallas/Fort Worth Metroplex. Applied LNG is the first company since 2006 to build an LNG plant in the state of Texas, and is the first company to build an LNG production facility in North Texas. The company purchased 31 acres in Midlothian's 1,700-acre RailPort Business Park for the six-liquefier complex, expected to be operational by mid-2015 to serve customers in Texas, Louisiana, Arkansas, Oklahoma and New Mexico.

"With the completion of the Applied LNG plant, Texas will be the leader in LNG production and Midlothian will be its crown jewel," said Applied LNG President and CEO Cem Hacioglu. "Midlothian was chosen primarily based upon the convenient location to customers in the growing markets for transportation, oil and gas, rigging, asphalt, mining and marine," said Hacioglu, citing the support of the city and Midlothian Economic Development.

Watch for further coverage of the global oil & gas sector in the January 2015 issue of Site Selection magazine. 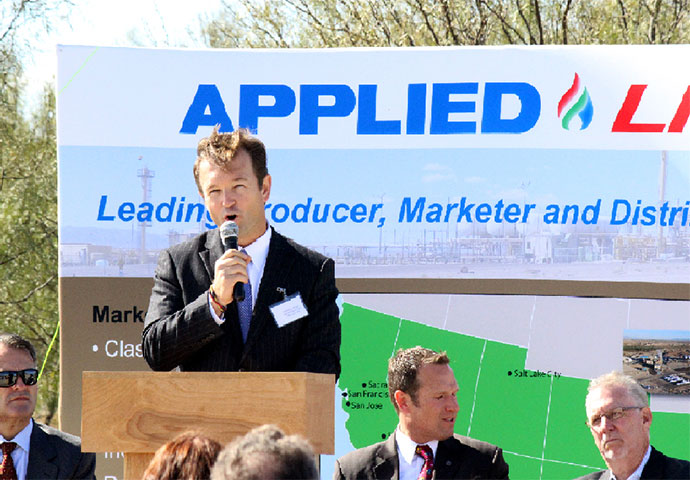