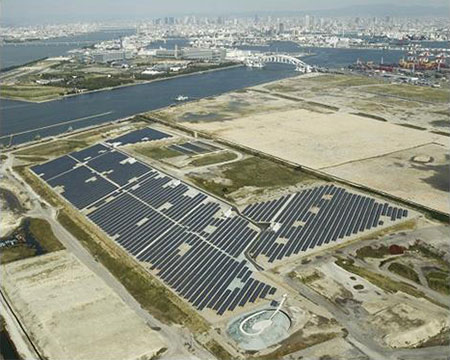 The mega-solar power generation facilities of the Hikari-no-Mori Project cover roughly 15 hectares (37 acres) at a waste landfill site located in the Yumeshima first district, Konohana-ku, Osaka City. The installation will generate 10 MW of power, equivalent to the electricity consumption of about 3,200 standard households in Japan.
Images courtesy of Sumitomo 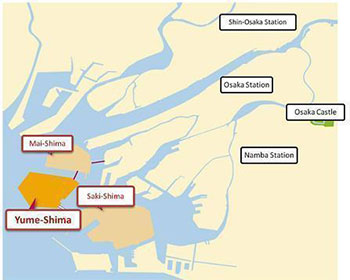 ould a harmonic smart-grid convergence be at hand in Japan? The seemingly intractable problem of storing renewable power might be solvable via, of all things, a large tract of landfill and a steady stream of used batteries.

Over the next three years, the system will measure the smoothing effect of energy output fluctuation from the nearby Hikari-no-mori solar farm, and will aim to establish a large-scale power storage technology by safely and effectively utilizing the huge quantities of discarded used EV batteries which will become available in the future.

The project has been selected as a model project for "verification of the battery storage control to promote renewable energy" for the fiscal year 2013 by the Ministry of the Environment of Japan.

Sumitomo and Nissan Motor Co., Ltd., created the joint venture 4R Energy Corp. in September 2010 to address the secondary use of EV lithium-ion batteries. The used EV batteries that will be recycled into the storage system have been recovered and have gone through thorough inspection and maintenance at 4R, to confirm safety and performance. The prototype system (600kW/400kWh) consists of 16 used EV batteries.

"We are pleased to be a part of such an important verification project that can both utilize used EV batteries, and provide a large-scale power storage facility, which are important issues that need to be addressed for the future of renewable energy,” said Battery Business Development Department General Manager Norihiko Nonaka of Sumitomo.

“The Hokko Landfill Site serving as the installation location for the mega-solar plant is a landfill disposal site for incinerated ash from general and other waste and, as such, long-term ordinary land use will be restricted even after completion of the landfill,” said a release from Sumitomo. “The Project was founded on the concept of multiple companies coming together to create a ‘Hikari-no-Mori’ (Forest of Light), similar to the way individuals would plant one tree each to create a forest.”

The participating companies have implemented a wide range of additional measures to ensure stable operation over the long term. “Nevertheless, construction, maintenance and management costs are relatively higher,” said Sumitomo, “so the Project is being pursued through collaboration between the national and local governments and private companies in the form of interest subsidies for Comprehensive Special Zone projects from the Cabinet Office and local tax incentives from Osaka City.”

The renewable electricity generated, eligible for the feed-in-tariff (FIT) in Japan, will support the day-to-day lives and economic activities of the local community via Kansai Electric Power Co., Inc. 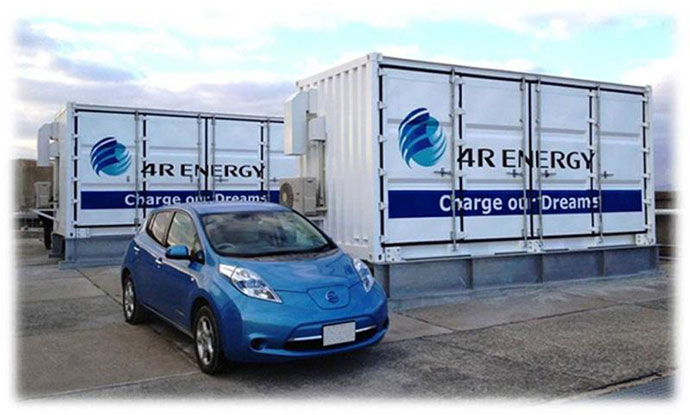